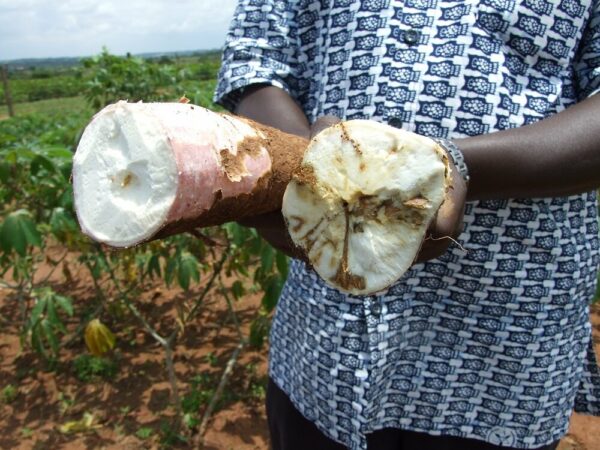 A CABI-led study has conducted a comprehensive survey of nearly 200 potentially harmful alien plant species that could have a detrimental impact upon agriculture, forestry and biodiversity in Ghana once they enter the country.

Invasive Alien Species (IAS) continue to shape the global landscape through their effects on biological diversity and agricultural productivity. The effects are particularly pronounced in Sub-Saharan Africa, which has seen the arrival of many IAS in recent years. This has been attributed to porous borders, weak cross border biosecurity, and inadequate capacity to limit or stop invasions.

The research, the findings of which are published in the journal NeoBiota, ranks 110 arthropod and 64 pathogenic species that pose the greatest threat but are not yet officially present in the country. However, they could arrive as ‘stowaways’ in cargo from other countries around the world, the scientists believe.

Among the top arthropods prioritised by Dr Kenis and his team were the pink hibiscus mealybug (Maconellicoccus hirsutus Green) and melon thrips (Thrips palmi Karny) while the top pathogens highlighted include cassava brown streak virus and Maize lethal necrosis disease.

Cassava in Ghana, for example, is a main staple crop and contributes about 22% and 30% to the Agricultural Gross Domestic Product (AGDP) and daily calories intake respectively. The crop, however, can be at risk from cassava brown streak virus which can reduce yields by up to 70%.

Maize lethal necrosis disease, on the other hand for instance, can be a major disruptor of maize crops in Ghana where maize accounts for more than 50% of the country’s total cereal production. The disease can cause losses of between 50-90% depending on the variety of maize and the growing conditions of the year.

The scientists also found other species recorded in Africa that included 19 arthropod and 46 pathogenic species which were already recorded in the neighbouring countries of Burkina Faso, Côte d’Ivoire, and Togo.

Dr Kenis, who is based at CABI’s centre in Switzerland, said, “The ultimate objective of this research was to enable prioritization of actions including pest risk analysis, prevention, surveillance and contingency plans. Prioritisation was carried out using an adapted version of horizon scanning and consensus methods developed for ranking IAS worldwide.

“We have demonstrated that through horizon scanning, a country can identify potential invasive plant pests, both invertebrates and pathogens, and use the information to determine the risk associated with each.

“This will enable the country to invest the limited resources in priority actions such as preventing arrival and establishment of IAS, Pest Risk Analysis (PRA), surveillance and developing contingency plans.

“This study can serve as a model for future projects on plant pests’ prioritisation in Africa and elsewhere. It would be applicable for assessing the risk of invasive plant pests in any country or region, e.g. trade blocks, with minor modifications of the method, particularly in the mini-PRA protocol used to score species.”

The full lists of arthropod and pathogenic species surveyed can be found within the full paper which can be read online.

Mr Prudence Attipoe, Deputy Director Head Plant Quarantine Division, PPRSD, said, “The horizon scanning exercise for Ghana would give the PPRSD an insight into invasive pests which could possibly enter the Nation. The tool is timely and appropriate for conducting PRA for planning, training and future preparedness. The success of this exercise would pre-empt the introduction of these invasive pests into the country in order to protect Ghana’s agriculture, forestry and also cause staff of PPRSD to be more vigilant at the borders for these pests.”

Image: A farmer shows cassava root affected by cassava brown streak virus alongside a healthy root in a country where the disease is present – one of the 64 pathogens assessed by the scientists. Credit: CABI