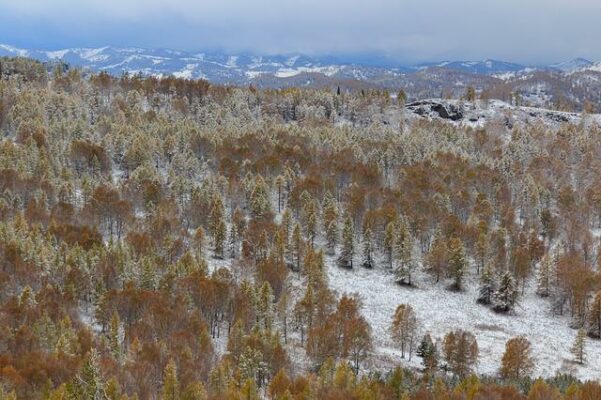 A new study from scientists at Uppsala University shows that it took more than 10 millennia from when the first spruces returned to Sweden after the glacial stage of the last Ice Age until the species became widespread. This sluggish rate of initial dispersal has surprised the researchers, since the spruce might have had good prospects of expanding its range.

To date, accounts of its migration to Scandinavia have been based on spruce pollen in ancient lake sediments and peat deposits. These studies prompted the conclusion that spruce migrated from the northeast after the deglaciation (thawing of the ice sheet), reaching southern Sweden as late as during the past thousand years. Previously, too, researchers have found that it took a relatively long time for the spruce to make its comeback, recolonising and resuming its dominance in the forests of Scandinavia.

In the new study, now published in the journal Nature Communications, the scientists have analysed ancient DNA preserved in lake sediments. Their findings show that spruce was in place in the south of Sweden straight after the deglaciation, 14,000 years ago — far earlier than previous studies have shown.

“Although spruce was one of the first trees to become re-established, it long failed to colonise the region to any great extent. This is surprising, since pioneer plant species are usually at an advantage in this respect,” says Kevin Nota, PhD student at Uppsala University and the first author of the study.

What has held the spruce back throughout the past ten millennia is still something of a mystery. The new study shows that the first spruce trees in place were genetically related to the solitary clonal spruces that may be found high up on Sweden’s mountainsides today. These are known as “clonal” because when the trunk has died, new trees have regenerated from the tree’s surviving root system. Some have also reproduced by means of root suckers (or root sprouts).

Genetic analyses in the newly published study also show that the first spruces probably survived the last Ice Age in small densities close to the eastern and possible at the southern margin of the Scandinavian Ice Sheet, rather than at the western edge as previously suspected. The provenance of the spruces that later migrated from the northwest resembled that of the spruces that had arrived first.

“The Swedish spruce seems to have lived through several earlier attempts to take over the forests of Scandinavia, but only its last expansion was successful,” says Laura Parducci, researcher at Uppsala University and Sapienza University of Rome and the principal investigator of the study.