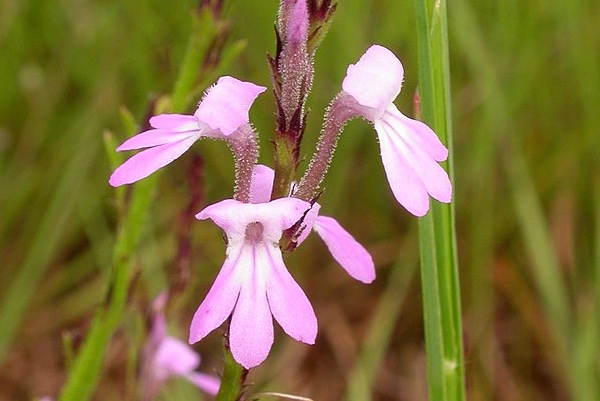 Scientists Uncover the Distribution and Physiological Role of Planteose

Witchweed (Striga spp.) and broomrapes (Orobanche and Phelipanche spp.) are root parasitic weeds that inflict major losses in agriculture globally. Being obligate parasitic flowering plants in nature, they parasitize other autotrophic plants of agricultural importance. The plants are attached to their host by means of haustoria, which transfer nutrients from the host to the parasite. Weeds reduce crop yield by competing for resources (nutrients, water and photosynthetically active radiation), by allelopathic effects, and they reduce food, feed, and fiber quality.

According to a review by Chris Parker; based on rigorous sampling, there are no reliable global figures for the total area affected by Orobanche or Striga. However, an estimated 16 million hectares were ‘at risk’ of Orobanche attack in the Mediterranean and West Asia region. The corresponding figure for Striga in Africa was 44 million hectares, while the total loss of revenue from maize, pearl millet and sorghum are almost USD 2.9 billion. More recent figures suggest that 50 million hectares and 300 million farmers are affected by Striga species in Africa, with losses amounting to USD 7 billion.

Planteose was found in tissues surrounding the embryo but not within it, indicating that it may have a role as a storage carbohydrate. Biochemical experiments and molecular characterization of a α-galactosidase family member, OmAGAL2, indicated the enzyme is involved in planteose hydrolysis in the apoplast around the embryo after the perception of strigolactones to provide the embryo with essential hexoses for germination. These results indicated that OmAGAL2 is a potential molecular target for root parasitic weed control.

Mass spectrometry images obtained for two fragment ions were almost identical, indicating that these fragment ions were all generated from a single source, planteose. The authors also provided visual aids demonstrating that planteose is distributed in the endosperm, perisperm and seed coat in the dry seeds of Orobanche minor, which coincides with its role as a storage carbohydrate.

In summary, the discovery of this study elucidates that (i) planteose is distributed in Orobanche minor dry seeds and its physiological role is elusive, (ii) during seed germination of root parasitic weeds, planteose is rapidly hydrolyzed after perception of strigolactones (SLs), which is indicative of its role as a storage carbohydrate (iii) tissues surrounding the embryo, namely the endosperm, perisperm, and seed coat, play roles in nutrient supply in root parasitic weeds.

Moreover, the novelty of this study lies in the fact that; for the first time, the authors visualized the distribution of the storage carbohydrate (planteose) in seeds of a root parasitic weed.