Resilient cropping systems for the future 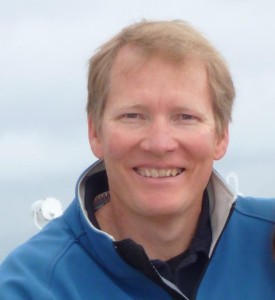 Last year Dr John Kirkegaard (CSIRO, Australia) gave a fantastic presentation to the Stress Resilience Forum hosted by the Society for Experimental Biology and the Global Plant Council. He discussed the need for resilient cropping systems to enhance yields, and described the success of the National Water Use Efficiency Initiative (2009-2013) in discovering the synergies between new crop varieties and better crop management.

Here, Dr Kirkegaard, who was recently elected as a Fellow of the Australian Academy of Science, describes the work of the National Water Use Efficiency Initiative and the exciting new discoveries made by farmers and scientists already being used to shape resilient cropping systems for the future.

Could you begin by explaining how and why the National Water Use Efficiency Initiative was established?

Despite the semi-arid conditions, rain-fed agriculture is by far the most common form of farming in Australia, especially for grain crops such as wheat and canola. The National Water Use Efficiency Initiative was established in 2009 by the Grains Research and Development Corporation (GRDC), a research-funding organization that collects levies from farmers to support agricultural research. They provided $17 million over five years to growers and research organizations to tackle the challenge of increasing water use efficiency (the amount of grain produced per mm of rainfall) of grain farming systems by 10%. 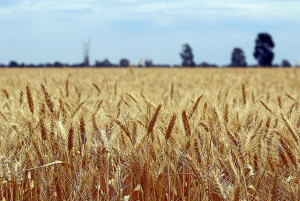 Growers could suggest ways in which they believed this could be achieved and CSIRO scientists provided farming systems research assistance to test and validate the ideas and ensure a consistent and scientific approach was taken.

How has modeling been used to guide the research?

Pre-experimental modeling was used to determine which interventions looked most promising. This early modelling suggested there were huge opportunities to catch and store summer rainfall in better ways, and to sow crops earlier to utilize water more efficiently.  Experiments were then designed to test and validate those ideas on-farm, in experiments run by the farmers in their own fields.

What synergies have you found between management practices in semi-arid agriculture? 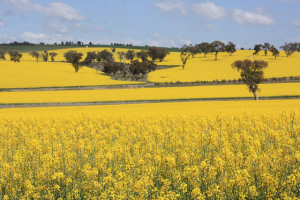 In wheat farming, we found that adopting a good crop rotation, controlling summer weeds, maintaining stubble cover and sowing earlier at lower crop densities was very successful. Capturing and storing water in the summer facilitates early sowing because crops can be planted without waiting for rain, and choosing a wheat variety that flowers at the right time makes best use of the seasonal rainfall. This combination of management and variety was very powerful, leading to a doubling in yield.

We are now investigating similar interactions in canola. Sowing canola early helps the plant to avoid heat and water stress at the end of the season, increasing its biomass production and grain yield potential, and improving its water use efficiency. 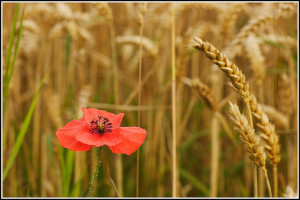 Vigorous wheat varieties may be able to choke out weeds, like this field poppy. Image credit: Tony Smith. Used under license: CC BY 2.0.

Have you discovered any other genotype x management (G x M) relationships, where a particular cultivar contributes to crop management?

Vigorous wheat varieties can have beneficial interactions with management. For example, more vigorous crops cover the ground quickly and reduce the direct loss of soil water through evaporation, and can improve water use efficiency. In addition, vigor can also make the wheat more competitive with weeds and provide a non-chemical form of weed control to reduce the overreliance on herbicides as part of an integrated weed management approach.

What advice do you have for researchers or breeders developing a new cultivar? How can they test its interaction with crop management?

In some cases, depending on the genetic change that is present in a new variety, there may be little interaction with management. However, large and obvious changes in crop traits, such as changes in crop vigor or root and shoot architecture, may interact strongly with numerous aspects of management (e.g. sowing date, sowing density, nutrient management, weed management). It would be wise to test some of these interactions before crop release, so that the new variety is released WITH a package of sound management strategies to maximize productivity. 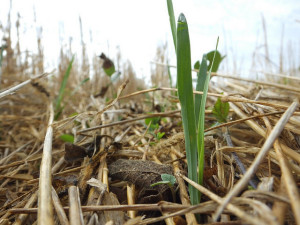 How will the findings of the National Water Use Efficiency Initiative be built upon in the future?

I believe we have had an impact on the way research is approached. Rather than assume that a single intervention or new variety will have a large impact, people are now more interested in what packages of management and varieties will be most successful. It’s like always asking “what else do I need to add to my innovation to get the most out of it?” Testing some of the G x M interactions experimentally during the pre-breeding process may be a fruitful area to identify likely synergies well ahead of cultivar release.

Large increases in system productivity rarely come from a single transformational change; they arise when several interacting factors combine, such as in the first agricultural revolution in Europe, or the Green Revolution in India and Asia. New crop types combined with management packages to fulfil the higher potential is what made the difference. We need to envisage what combination might provide those synergies for the crops of the future and be sure we organize ourselves and capture those possibilities by NOT staying in comfortable discipline siloes.