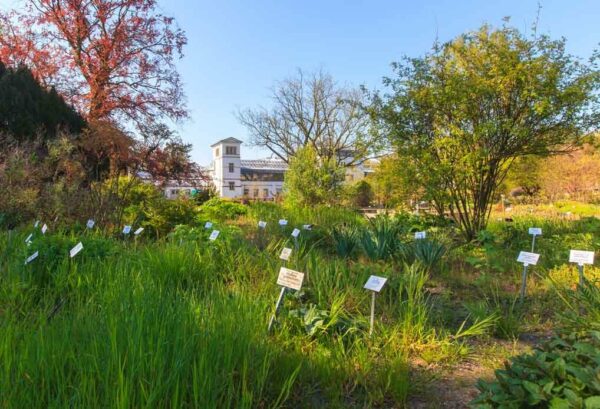 Researchers at Leipzig University (UL) and the German Centre for Integrative Biodiversity Research (iDiv) have compiled the world’s most comprehensive list of known plant species. It contains 1,315,562 names of vascular plants, thus extending the number of recognised plant species and subspecies by some 70,000 – equivalent to about 20%. The researchers have also succeeded in clarifying 181,000 hitherto unclear species names. The data set has now been published in Scientific Data. This marks the culmination of more than ten years of intensive research work and could help to make Leipzig a leading international centre of plant biodiversity research.

Leipzig could mean for the future of plant taxonomy what Greenwich meant for world time until 1972: it could become the reference city for correct scientific plant names. In an outstanding feat of research, the curator of the Botanical Garden of Leipzig University, Dr Martin Freiberg, and colleagues from iDiv and UL have compiled what is now the largest and most complete list of scientific names of all known plant species in the world. The Leipzig Catalogue of Vascular Plants (LCVP) enormously updates and expands existing knowledge on the naming of plant species, and could replace The Plant List (TPL) – a catalogue created by the Royal Botanic Gardens, Kew in London which until now has been the most important reference source for plant researchers.

“In my daily work at the Botanical Garden, I regularly come across species names that are not clear, where existing reference lists have gaps,” said Freiberg. “This always means additional research, which keeps you from doing your actual work and above all limits the reliability of research findings. I wanted to eliminate this obstacle as well as possible.”

World’s most comprehensive and reliable catalogue of plant names

With 1,315,562 scientific names, the LCVP is the largest of its kind in the world describing vascular plants. Freiberg compiled information from accessible relevant databases, harmonized it and standardised the names listed according to the best possible criteria. On the basis of 4500 other studies, he investigated further discrepancies such as different spellings and synonyms. He also added thousands of new species to the existing lists – species identified in recent years, mainly thanks to rapid advances in molecular genetic analysis techniques.

The LCVP now comprises 351,180 vascular plant species and 6160 natural hybrids across 13,460 genera, 564 families and 84 orders. It also lists all synonyms and provides further taxonomic details. This means that it contains over 70,000 more species and subspecies than the most important reference work to date, TPL. The latter has not been updated since 2013, making it an increasingly outdated tool for use in research, according to Freiberg.

“The catalogue will help considerably in ensuring that researchers all over the world refer to the same species when they use a name,” says Freiberg. Originally, he had intended his data set for internal use in Leipzig. “But then many colleagues from other botanical gardens in Germany urged me to make the work available to everyone.”

“Almost every field in plant research depends on reliably naming species,” says Dr Marten Winter of iDiv, adding: “Modern science often means combining data sets from different sources. We need to know exactly which species people refer to, so as not to compare apples and oranges or to erroneously lump different species.” Using the LCVP as a reference will now offer researchers a much higher degree of certainty and reduce confusion. And this will also increase the reliability of research results, adds Winter.

“Working alone, Martin Freiberg has achieved something truly incredible here,” says the director of the Botanical Garden and co-author Prof Christian Wirth (UL, iDiv). “This work has been a mammoth task, and with the LCVP he has rendered an invaluable service to plant research worldwide. I am also pleased that our colleagues from iDiv, with their expertise in biodiversity informatics, were able to make a significant contribution to this work.”

Image credit: Leipzig is host to the oldest botanical garden in Germany. On an area of only three hectares, around 6500 of the 350,000 plant species worldwide grow here. Credit: Swen Reichhold