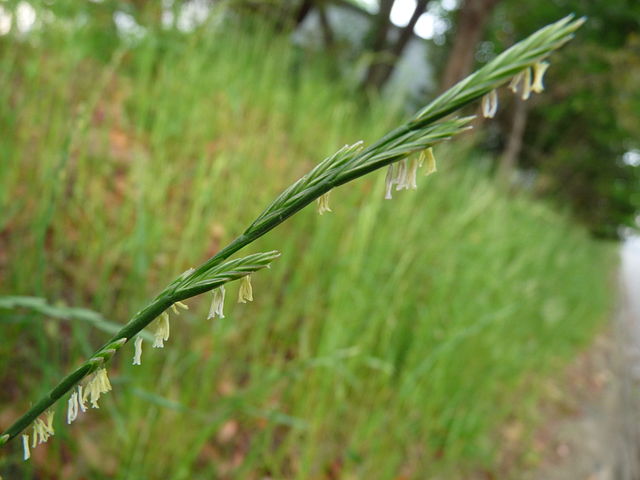 Italian ryegrass (Lolium multiflorum) is a widely cultivated forage with excellent quality, high yield, good palatability and rich nutritional value. However, its growth is inhibited by salt tress, which is a major growth limiting factor.

In order to elucidate the salt tolerance mechanism of two Italian ryegrass cultivars, FENG Qijia, co-advised by Prof. CHEN Liang and assistant Prof. XIE Yan from the Wuhan Botanical Garden of the Chinese Academy of Sciences (CAS) investigated the possible salinity tolerance mechanisms between the salt-tolerant/-sensitive Italian ryegrass cultivars, ‘Abundant’ and ‘Angus’, via the physiological traits and the metabolomics.

Salt stress decreased the shoot growth rate and relative water content in both cultivars, to a larger extent in the salt-sensitive ‘Angus’ than salt-tolerant ‘Abundant’ cultivar. The photosynthetic efficiency responses to salt stress confirmed that the ‘Abundant’ cultivar exhibited better salt tolerance than ‘Angus’. The Na/K, Na/Mg and Na/Ca ratios in the leaves and roots increased significantly in both cultivars under salt treatment, with higher ratios in salt-sensitive ‘Angus’ than in salt-tolerant ‘Abundant’.

The first line of defense is the absorption of Na by roots and the ability to transport it upward. Salt-tolerant ‘Abundant’ absorbed less, thus reducing osmotic and toxic effects. When exposed to salt conditions, the salt-sensitive ‘Angus’ had higher level of metabolites and more uniquely up-regulated metabolites, which may confer ‘Abundant’ to a better growth than ‘Angus’.

The ‘Abundant’ cultivar has got better growth than ‘Angus’ cultivar, and its high tolerance of salt partly prevents the plant from ionic homeostasis disruption.