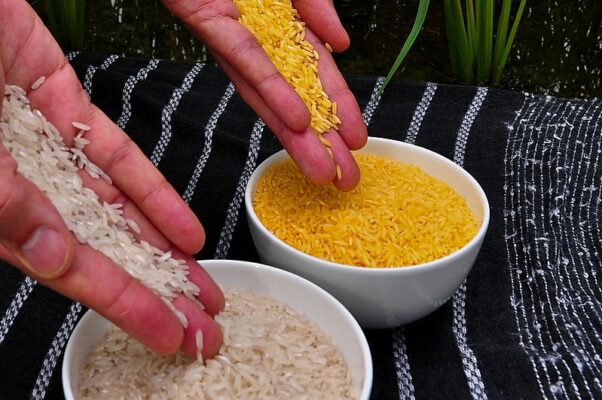 Filipino farmers will become the first in the world to be able to cultivate a variety of rice enriched with nutrients to help reduce childhood malnutrition, after receiving the green light from regulators.

Around one in five children from the poorest communities in the Philippines suffer from vitamin A deficiency (VAD), which affects an estimated 190 million children worldwide. The condition is the most common cause of childhood blindness, as well as a contributing factor to a weakened immune system.

“This milestone puts the Philippines at the global forefront in leveraging agriculture research to address the issues of malnutrition and related health impacts in a safe and sustainable way” said Dr. Jean Balié, Director General of IRRI, a CGIAR research centre.

“The regulatory success of Golden Rice demonstrates the research leadership of DA-PhilRice and the robustness of the Philippine biosafety regulatory system.”

Golden Rice is genetically engineered to provide up to 50 per cent of the estimated average requirement (EAR) for vitamin A of young children, the age group most susceptible to VAD in the Philippines.

This new variety has already received food safety approvals from regulators in Australia, New Zealand, Canada, and the United States of America but the Philippines is the first country to approve commercial cultivation. Golden Rice is also currently undergoing final regulatory review in Bangladesh.

“We are committed to ensuring the highest quality of seed for farmers and a safe and nutritious food supply for all Filipinos,” said Dr. John de Leon, Executive Director of DA-PhilRice.

“A comprehensive quality assurance and stewardship program for Golden Rice will be set in place, covering the entire value chain from seed production, to post-harvest processing, to marketing.”

DA-PhilRice has started working with local partners to identify market- and program-based approaches for bringing Golden Rice first to selected communities with a high prevalence of VAD and other associated micronutrient deficiencies.

It is also increasing the volume of available seed and other remaining activities necessary for moving Golden Rice into farmers’ fields.

Previous interventions to tackle VAD have included providing supplements to families to add to their meals, or biofortifying products like oil or flour, which can be costly or require behaviour change from under-nourished households. Golden Rice adds an important nutrient to a staple food that is already consumed in volumes of almost 120kg per capita per year.

“The last-mile delivery of Golden Rice is just one component of a food systems approach to nutrition, which also includes community outreach and extension services, and improved market access for farmers,” said Dr. Ajay Kohli, IRRI Director for Research.

“By improving rice varieties that address farmer, consumer, and environment needs, precision breeding innovations such as genetic engineering and gene editing can open up pathways for more inclusive participation in the food system.”

Golden Rice was first conceived by Professors Ingo Potrykus and Peter Beyer in the late 1980s. IRRI became the first licensee of the scientists’ work in 2001.