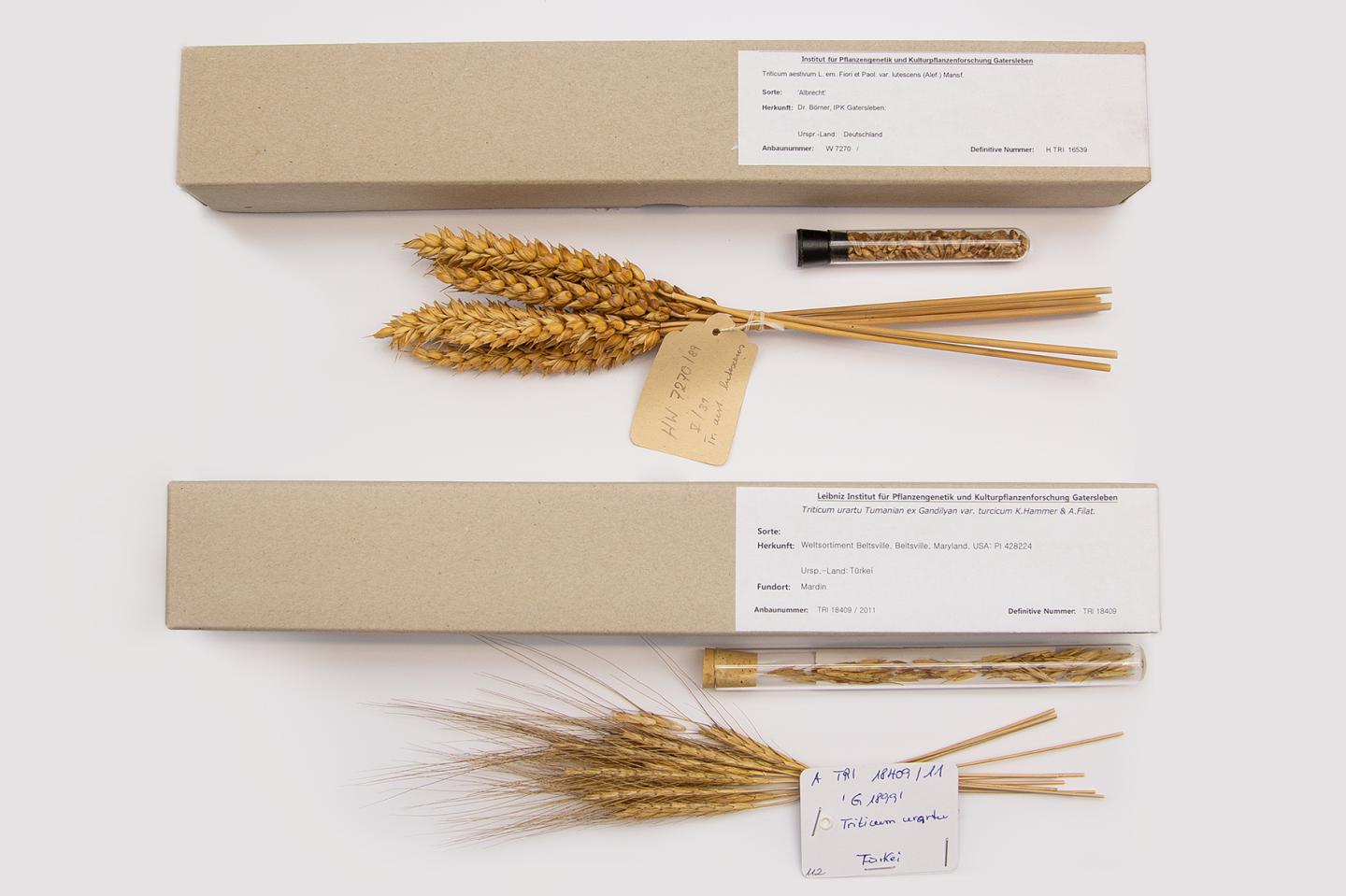 Since the Agricultural Revolution about 12,000 years ago, humans have been selectively breeding plants with desirable traits such as high grain yield and disease resistance. Over time, Triticum aestivum, otherwise known as bread wheat, has emerged as one of the world’s most important crops. Together with the growing human population and the changing climate, the demand for wheat with a higher yield and additional resilience is increasing.

However, for a few years now the average yield increase of wheat is stagnating. In a new international study, the genetic diversity of 487 wheat genotypes originating from large parts of the world has been catalogued and contextualised with agronomic traits. The map of this rich pool of genetic diversity in bread wheat highlights our current knowledge of the ancestry of wheat and opens new avenues within modern selective wheat breeding.

The evolution of wheat is a complex history of hybridisation and gene flow events, which led to the allohexaploid (with six sets of chromosomes) Triticum aestivum, the species of wheat that we know nowadays as bread wheat. The modern bread wheat originated in the Fertile Crescent about 10,000 years ago and its genepool has been shaped by humans as a result of domestication and cultivation. Today, high-yielding varieties of Triticum aestivum can be found all over the world, each variety adapted to the particular environment it is being grown in, making wheat one of the world’s three most important crop species for human calories and protein supply.

The growing demand for wheat, the onset of global warming, and the transitioning of Western farming away from intensive agriculture, are exerting pressure on plant breeders to further adapt and improve modern bread wheat species. However, in order to select and breed new wheat cultivars with new and improved traits, plant breeders require plants with genetic variation for selection and combination during the breeding process. A new international study of bread wheat has now revealed knowledge of an extensive and rich gene pool for future breeding improvements of Triticum aestivum.

In this study, the exomes of 487 wheat genotypes from 68 countries around the world, including landraces, cultivars, as well as modern varieties, were sequenced. The Leibniz Institute of Plant Genetics and Crop Plant Research (IPK Gatersleben) was able to contribute to this by providing wheat samples from the Federal Ex situ Gene Bank. Utilising the Refseqv1.0 reference sequence of the bread wheat landrace “Chinese Spring”, which had been published by the “International Wheat Genome Sequencing Consortium” (IWGSC) in 2017, the collaborating researchers were able to compile a comprehensive overview of wheat genomic diversity at the genic, chromosomal and subgenomic levels. This enabled them to refine and expand the model of wheat evolution and to decipher the genetic origins of modern day wheat species. As such, the durum wheat lineage was confirmed as the most likely ancestor of today’s bread wheat cultivated germplasm. Moreover, by investigating the selection footprints of wheat, the scientists showcased the effects of range expansion and allelic variants selected since the beginning of wheat domestication.

The reported data is another step towards the assembly of the “pan genome” of wheat – the description of all the genes and genetic variations within wheat, which will be a valuable resource for plant researchers and wheat breeders alike. However, the study as it stands already reveals a rich genetic data resource, which can be utilised for improving genetic traits in bread wheat, from environmental adaptation to improved yield and disease resistance. Moreover, the results illustrate our current knowledge of the ancestry of bread wheat, highlighting our cultural history as farmers and plant breeders.