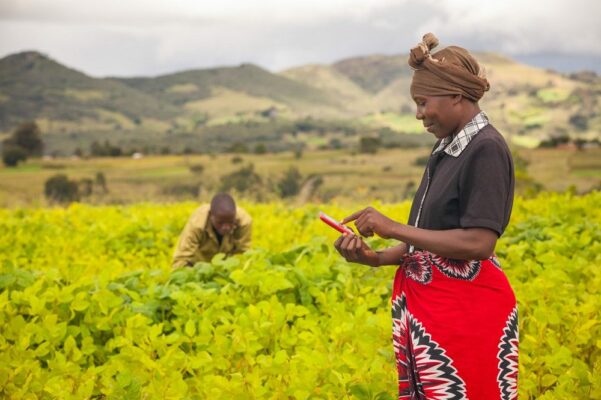 A multi-channel approach to extension reaps greater benefits for smallholder farmers fighting the fall armyworm pest in Eastern Rwanda according to new CABI-led research published in the journal Food and Energy Security.

The study, which was led by Dr Justice Tambo and included colleagues from CABI’s regional centre for Africa in Nairobi, Kenya, as well as the Rwanda Agriculture and Animal Resources Development Board (RAB), surveyed 720 smallholder and found maize yield increases between 10% to 34% depending on the channel.

Dr Tambo and the team found that exposure to a combined mass extension campaign consisting of plant health rallies, radio dramas and SMS all contributed to better identification of fall armyworm (Spodoptera frugiperda) as well as more environmentally-friendly ways of managing the pest.

The findings suggest that while there is a growing popularity in the use of digital extension approaches to deliver timely information to farmers in a cost-effective manner, much greater gains can be achieved if they are combined with other low-cost face-to-face extension methods, such as plant health rallies.

A study by Rwomushana et al. (2018) has shown that if not well managed, the fall armyworm has the potential to cause annual maize production losses of up to 17.70 million tonnes (equivalent to USD $4.66 billion) in 12 maize-producing African countries alone.

In Rwanda, fall armyworm was first reported in Nyamagabe district in February 2017, and within 2 months, its presence was recorded in all of the country’s 30 districts. It is causing severe damage to maize crops, resulting in economic losses, worsened food security and intensive pesticide usage among smallholder maize farmers.

Dr Tambo said, “We examined the effectiveness of three complementary mass-extension channels in enhancing farmers’ knowledge and management of fall armyworm (FAW), an invasive pest that is causing substantial damage to maize production in several countries across Africa, Asia and Oceania. We also assessed the effects of the information channels on maize productivity.

“Our findings suggest that exposure to the campaign channels is associated with increased knowledge outcomes, including knowledge of the correct identification of FAW, the use of cultural practices as the first resort to FAW management, timely planting to limit infestation and timely spraying for effective control of the pest.

However, the positive effects of the campaign are statistically significant only when the field-based extension method is combined with digital extension approaches. Moreover, we found that the effects are greater for households that were exposed to all the three channels, suggesting complementary effects of the channels.”

Dr Tambo added that the results showed, for instance, that receiving FAW messages through any of the channels is correlated with in a 7 percentage point increase in farmers’ level of knowledge on fall armyworm. But the knowledge gain could increase to up to 23 percentage points when the information is received through all the three channels under study.

The scientists, in conclusion, say that future research could concentrate more on the intensity of exposure to the information channels as well as using experimental designs to test the findings of the current study.