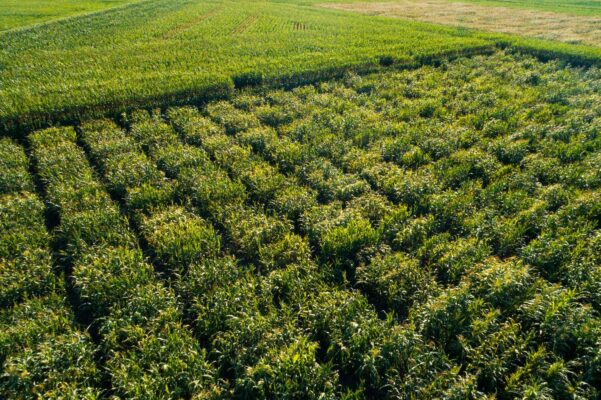 The use of genetic information is now indispensable for modern plant breeding. Even though DNA sequencing has become much cheaper since the human genome was decoded for the very first time in 2003, collecting the full genetic information still accounts for a large part of the costs in animal and plant breeding. One trick to reduce these costs is to sequence only a very small and randomly selected part of the genome and to complete the remaining gaps using mathematical and statistical techniques. An interdisciplinary research team from the University of Göttingen has developed a new methodological approach for this, which has been published in the journal PLOS Genetics.

“The core idea of the method is to recognise ‘haplotype blocks’, by which we mean longer sections in the genome that are very similar in different plants due to inheritance, and to use this mosaic structure for compiling the rest of the information,” says Dr Torsten Pook from the Center for Integrated Breeding Research at University of Göttingen. “In breeding populations, the sequences completed using this new method have quality comparable to collecting a hundred times as much information from the DNA strand.” The researchers’ goal is to breed maize plants with low susceptibility to frost and drought damage as part of the MAZE project. KWS Saat SE, a partner in the project, is already using the method in breeding programmes because of its cost efficiency.

“Another advantage is that the method not only allows us to detect differences in individual nucleotides in the DNA strand, but also to recognise structural differences that have so far been practically unusable for breeding purposes,” says Pook. As things stand, however, the method can currently only be used efficiently for inbred lines in plant breeding. A follow-up study to extend the method to organisms with a regular double set of chromosomes is already planned. This would mean their new method could be used for most vertebrates, including humans.