Interview with Laura Lagomarsino, winner of the Ernst Mayr award at Evolution 2016

This week’s post is reproduced with permission from the New Phytologist blog.

Hi Laura, please introduce yourself and tell us a little bit about your career

I am an evolutionary biologist and botanist who studies the evolution and systematics of Neotropical bellflowers in the family Campanulaceae, and the Andean flora more broadly. I am currently an NSF postdoctoral fellow. I spend most my time at the Missouri Botanical Garden and University of Missouri- St. Louis, but am also affiliated with the University of Gothenburg in Sweden. Before that, I finished my Ph.D. at Harvard University, and next year I will begin my own lab as an assistant professor at Louisiana State University. 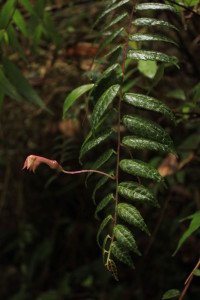 Tell me a bit more about the Ernst Mayr Award

The Ernst Mayr Award is given by the Society of Systematic Biologists to graduate students and recent grads for the creativity and breadth of their doctoral research, as presented in a talk at the annual Evolution conference. This year there were two awardees: Michael Landis and myself. It’s an immense honour to receive the award, and it is one of the more important, humbling events of my professional life to date. Much of the research I presented was recently published in New Phytologist.

What inspired your interest in plant science?

I grew up camping in the redwood forests of northern California every summer. Being surrounded by such extraordinary plants — the tallest trees in the world — really jumpstarted my interest in the natural world. My very specific interest in Neotropical plant diversity was cultivated when I was an undergraduate at UC Berkeley, studying heliconias, a group of very colourful hummingbird pollinated plants that I fell in love with immediately. Since then I haven’t turned away from trying to understand relationships between species in large evolutionary radiations in Latin America.

What are the current hot topics and big questions in your field?

Phylogenetics is making huge strides in methodology right now. I’d say improved phylogenetic inference, especially via methods that incorporate gene tree-species tree incongruence on genomic-scale datasets, combined with advances in molecular dating are rapidly pushing the field forward. These methods and others coming on board increasingly allow us to really tackle the large questions in a more thorough, explicit manner than previously possible. These large questions are what motivate my own empirical research: What explains global biodiversity patterns, and, in particular, why are the Andes home to a disproportionately large number of species? Why are some groups (such as Neotropical bellflowers) so morphologically and ecologically diverse, while others seem to not vary nearly as much? 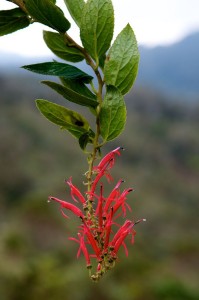 How do you think your research benefits society?

As a systematist, I both describe new biodiversity via species description and attempt to explain biodiversity patterns. My research focuses on the tropical Andes, one of the world’s richest biodiversity hotspots, but also one of the most threatened by climate change and deforestation. In addition to uncovering basic information about poorly studied species, I hope that my research will provide insights in how to best protect this stunning biodiversity for generations to come. It helps that the group of plants that I study is attractive and has such charismatic pollinators (hummingbirds and nectar bats); it makes it that much easier to communicate my research to the general public.

Who (scientist or not) do you see as your role model(s)?

I was incredibly lucky to conduct undergraduate research with Dr. Chelsea Specht at UC Berkeley. Chelsea was a great mentor then — providing me with the tools necessary to independently conduct research and helping me apply to fellowships, grants, and eventually graduate school — and she continues to be a great mentor and role model today. I hope that I can remain as enthusiastic about my research and generate as many well-trained, passionate scientists as she has.

What’s your favourite thing about your job?

I love working in herbaria, where I can be transported to any part of the world by opening a cabinet and catching a glimpse of the flora of some faraway country in an herbarium specimen. There’s so much botanical diversity that most people, even many plant biologists, are unaware of — and it’s all at my fingertips in these collections! After years studying plant diversity, it’s so rewarding to see a plant, whether a specimen, a photo, or in real life, and think, “Hey, I know you!”

… and your least favourite?

It’s perhaps a cliché response, but it can be so challenging to put work aside as an early career scientist. There is the guilt when I shut down my laptop for the evening that I could have worked one more hour, or that I need to work weekends after returning from vacation. I’m not sure there’s an easy way to get around these feelings, but I do my best to regularly carve out unplugged time.

What advice would you give to early career researchers?

Be prepared for things to change quickly! It’s hard to predict where you’re going to be in a year until you land a permanent job. It’s also important to maintain your professional relationships with current and previous advisors and collaborators; they can provide insights into your next steps based on what they know about you and from their own hard-earned experiences. But of course, also continue to forge friendships with peers: it’s so important to have a wide social net as you manoeuvre this often-scary, but also very exciting career stage.

Aside from science, what other passions do you have?

I love traveling frequently with my husband, whether we’re visiting his family in Costa Rica, getting to know the Midwest a little better, or hopping on a plane to somewhere further afield. We are both botanists, so wherever we go, our hand lenses and portable plant press come along. But most calm weekends at home involve lots of cooking and baking, maybe a good Netflix binge, and at least one puzzle (usually jigsaw or crossword). 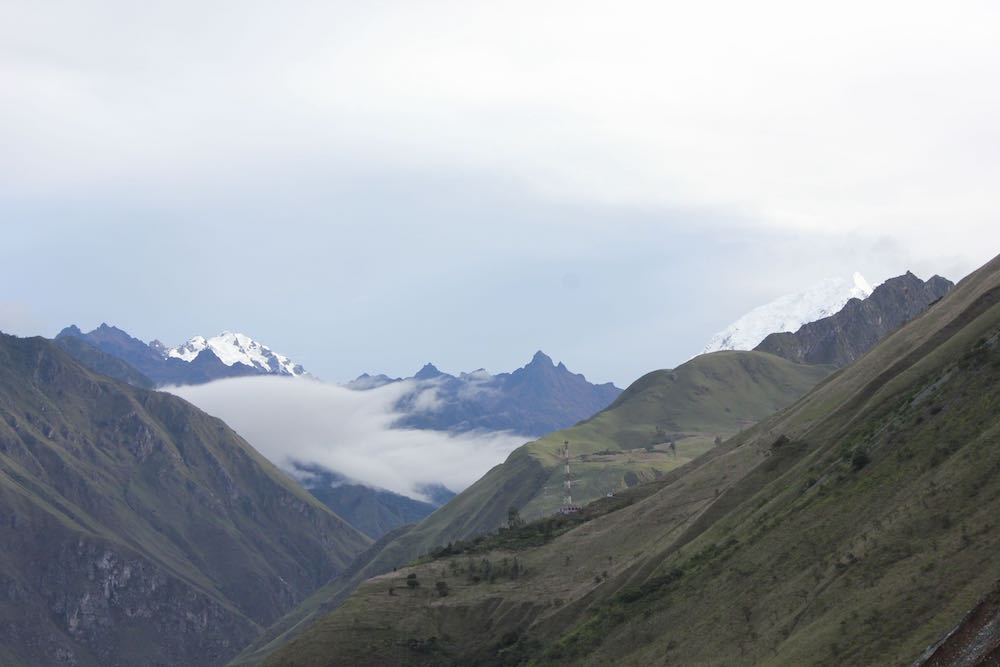 Watch a video of the award presentation at Evolution 2016 here.

This article was originally posted on the New Phytologist blog. This material was republished with permission.