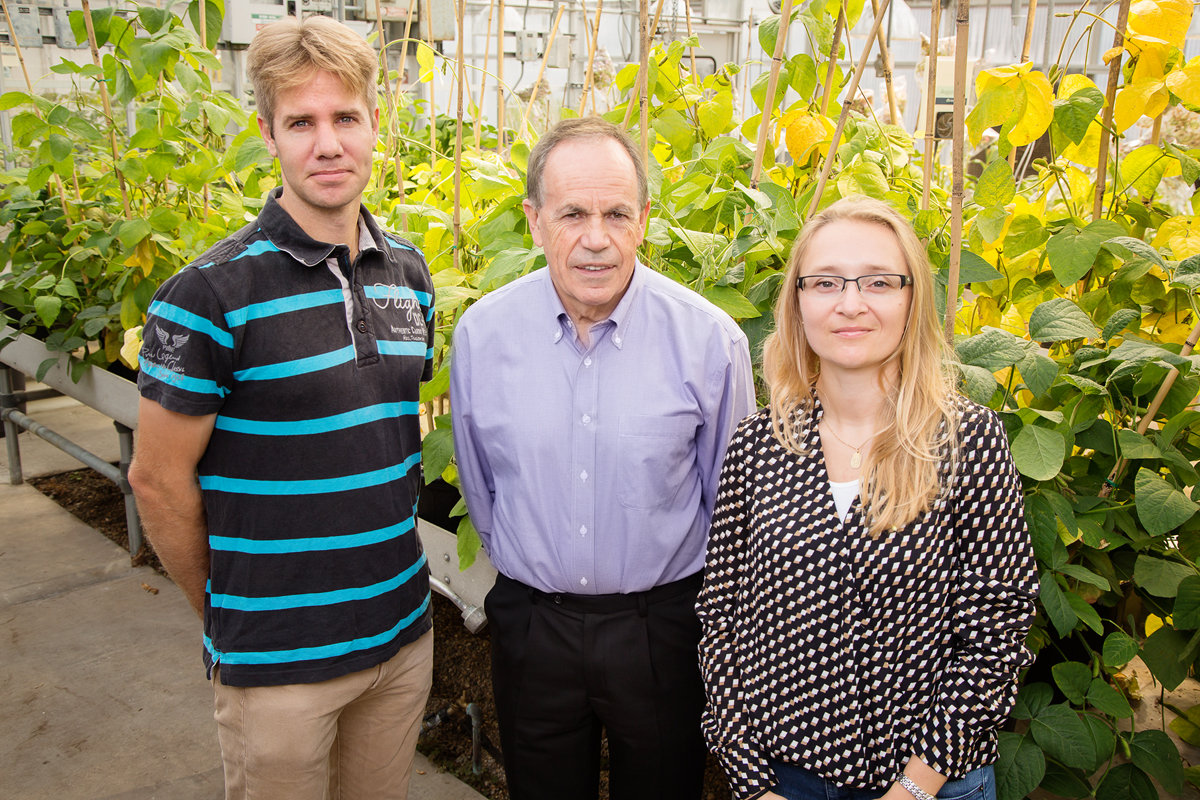 A new computer model incorporates how microscopic pores on leaves may open in response to light—an advance that could help scientists create virtual plants to predict how higher temperatures and rising levels of carbon dioxide will affect food crops, according to a study published in a special issue of the journal Photosynthesis Research.

“This is an exciting new computer model that could help us make much more accurate predictions across a wide range of conditions,” said Johannes Kromdijk, who led the work as part of an international research project called Realizing Increased Photosynthetic Efficiency RIPE.

RIPE, which is led by the University of Illinois, is engineering crops to be more productive without using more water by improving photosynthesis, the natural process all plants utilize to convert sunlight into energy to fuel growth and crop yields. RIPE is supported by the Bill & Melinda Gates Foundation, the U.S. Foundation for Food and Agriculture Research (FFAR), and the U.K. Government’s Department for International Development (DFID).

The current work focused on simulating the behavior of what are known as stomata—microscopic pores in leaves that, in response to light, open to allow water, carbon dioxide, and oxygen to enter and exit the plant. In 2018, the RIPE team published a paper in Nature Communications that showed increasing one specific protein could prompt plants to close their stomata partially—to a point where photosynthesis was unaffected, but water loss decreased significantly. This study’s experimental data was used to create the newly improved stomata model introduced today.

“We’ve known for decades that photosynthesis and stomatal opening are closely coordinated, but just how this works has remained uncertain,” said Stephen Long, Ikenberry Endowed University Chair of Crop Sciences and Plant Biology at the University of Illinois. “With this new computer model, we have a much better tool for calculating stomatal movements in response to light.”

The ultimate goal, Long said, is to identify opportunities to control these stomatal gatekeepers to make drought-tolerant crops. “Now we’re closing in on the missing link: How photosynthesis tells stomates when to open.”

Computer modeling has been a major advance in crop breeding. The father of modern genetics, Gregor Mendel, made his breakthrough discovery that pea plants inherit traits from their parents by growing and breeding more than 10,000 pea plants over eight years. Today, plant scientists can virtually grow thousands of crops in a matter of seconds using these complex computer models that simulate plant growth.

Stomatal models are used together with models for photosynthesis to make wide-ranging predictions from future crop yields to crop management, such as how crops respond when there is a water deficit. In addition, these models can give scientists a preview of how crops like wheat, maize, or rice could be affected by rising carbon dioxide levels and higher temperatures.

“The previous version of the stomatal model used a relationship that wasn’t consistent with our current understanding of stomatal movements,” said Kromdijk, now a University Lecturer at the University of Cambridge. “We found that our new version needs far less tuning to make highly accurate predictions.”

Still, there’s a lot of work to be done to show that this modified model functions in a wide variety of applications and to underpin the relationship between stomata and photosynthesis further.

“We have to show that this model works for a diverse range of species and locations,” said former RIPE member Katarzyna Glowacka, now an assistant professor at the University of Nebraska-Lincoln. “Large-scale simulation models string together models for atmospheric turbulence, light interception, soil water availability, and others—so we have to convince several research communities that this is an improvement that is worth making.”