Plants lengthen and bend to secure access to sunlight. Despite observing this phenomenon for centuries, scientists do not fully understand it. Now, Salk scientists have discovered that two plant factors — the protein PIF7 and the growth hormone auxin — are the triggers that accelerate growth when plants are shaded by canopy and exposed to warm temperatures at the same time.

The findings, published in Nature Communications , will help scientists predict how plants will respond to climate change — and increase crop productivity despite the yield-harming global temperature rise.

“Right now, we grow crops in certain densities, but our findings indicate that we will need to lower these densities to optimize growth as our climate changes,” says senior author Professor Joanne Chory, director of Salk‘s Plant Molecular and Cellular Biology Laboratory and Howard Hughes Medical Institute investigator. “Understanding the molecular basis of how plants respond to light and temperature will allow us to fine-tune crop density in a specific way that leads to the best yields.”

During sprouting, seedlings rapidly elongate their stems to break through the covering soil to capture sunlight as fast as possible. Normally, the stem slows down its growth after exposure to sunlight. But the stem can lengthen rapidly again if the plant is competing with surrounding plants for sunlight, or in response to warm temperatures to increase distance between the hot ground and the plant’s leaves. While both environmental conditions — canopy shade and warm temperatures — induce stem growth, they also reduce yield.

In this study, the scientists compared plants growing in canopy shade and warm temperatures at the same time — a condition that mimics high crop density and climate change. The scientists used the model plant Arabidopsis thaliana, as well as tomato and a close relative of tobacco, because they were interested to see if all three plant species were affected similarly by this environmental condition.

Across all three species, the team found that the plants grew extremely tall when simultaneously trying to avoid the shade created by neighboring plants and being exposed to warmer temperatures. On a molecular level, the researchers discovered that transcription factor PIF7, a protein that helps turn genes “on” and “off,” was the dominant player driving the increased rapid growth. They also found that the growth hormone auxin increased when the crops detected neighboring plants, which fostered growth in response to simultaneous warmer temperatures. This synergistic PIF7-auxin pathway allowed the plants to respond to their environments and adapt to seek the best growing conditions.

A related transcription factor, PIF4, also stimulated stem elongation during warm temperatures. However, when shade and increased temperatures were combined, this factor no longer played an important role.

“We were surprised to find that PIF4 did not play a major role because prior studies have shown the importance of this factor in related growth situations,” says first author Yogev Burko, a Salk staff researcher and assistant professor at the Agriculture Research Organization at the Volcani Institute in Israel. “The fact that PIF7 is the dominant driving force behind this plant growth was a real surprise. With this new knowledge, we hope to fine-tune this growth response in different crop plants to help them adapt to climate change.”

The researchers believe that there is another player, yet to be discovered, that is boosting the effect of PIF7 and auxin. They hope to explore this unknown factor in future studies. Burko’s lab will also be studying how this pathway can be optimized in crop plants.

“Global temperatures are increasing, so we need food crops that can thrive in these new conditions,” says Chory, who co-directs Salk‘s Harnessing Plants Initiative and holds the Howard H. and Maryam R. Newman Chair in Plant Biology. “We’ve identified key factors that regulate plant growth during warm temperatures, which will help us to develop better-performing crops to feed future generations.” 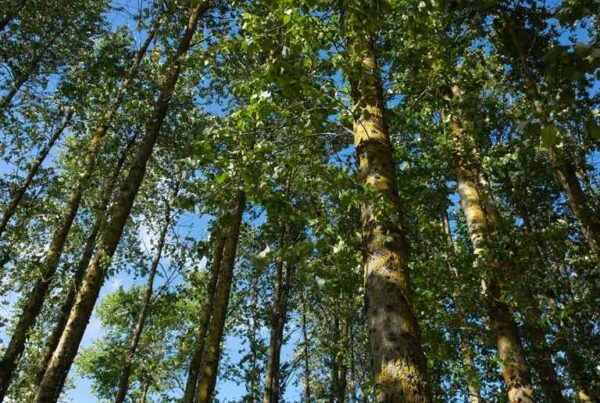