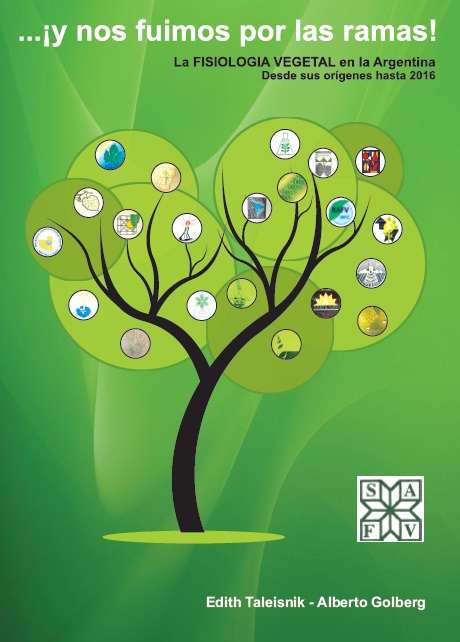 This week we spoke with Professor Edith Taleisnik about her new book, ‘…¡y nos fuimos por las ramas!’ (‘we went along the branches’), an in-depth look at the history of plant physiology research in Argentina. (Edith previously described the activities and vision of the Argentinean Society of Plant Physiology (SAFV) on the blog – read it here).

Edith, you have put a huge amount of work into uncovering the history of plant physiology research in Argentina. Why did you decide to do it and how did you undertake this challenge?

The current president of the SAFV, Pedro Sansberro, asked Alberto Golberg and myself if we would be willing to document the history of the society. Unaware of the tremendous task ahead, we agreed.

The information was scattered, so the first thing we did was try to collect as many SAFV conference books as possible. Sending requests through the SAFV mailing did not work, so it was essentially through personal contacts that we were able to put together the whole collection of conference books. It is now deposited in the library of CIAP (Centro de Investigaciones Agropecuarias – contact: ciap.cd@inta.gob.ar). People also sent the minutes of past meetings and pictures.

Initially we were only going to analyze the conference books and interview some plant scientists that were among the first disciples of the “founding fathers” of Argentinian experimental plant biology, but as we worked, our book grew and diversified.

What was the most interesting thing you discovered while writing the book?

It’s hard to narrow down which discovery was most exciting!

Victorio Trippi, one of the disciples of the “founding fathers”, told us that many researchers initially published in the journal Phyton, which was founded in Argentina in 1951. Our inspection of the archives of this publication yielded a lot of valuable information, and was an enlightening experience. We traced great names in Argentine plant science to the very beginning of their careers, looking at their topics of interest, how they moved from one job to another, and who their co-authors were. Even earlier than this though, we managed to trace the first mention of plant hormones in Argentina to a paper written by Guillermo Covas in 1939.

Writing the book was rewarding too, because we realized that plant physiology research has steadily grown in Argentina, judging by the participation in the conferences and the amount of research groups all over the country. It was very good to reveal the significant contributions that Argentine experimental plant science has made to many topics, such as photobiology, crop ecophysiology, germination physiology, senescence, mineral nutrition and carbohydrate metabolism, among others.

Why did you decide to include essays from the many groups researching plant physiology in Argentina?

We included them to reflect how much plant physiology has grown and diversified in Argentina. In the book we also invite those that did not have a chance to join this edition to contribute to a future one.

What words of wisdom did the researchers who were interviewed want to share with early career researchers for the future?

Most of them emphasized the need for team work, with people from different background joining forces to tackle a specific problem. The SAFV, they point out, has provided a friendly environment that has promoted collaboration and exchange of ideas among its members, and they hope this spirit will persist. They are moderately optimistic about the future, underscoring the need for new research paradigms both in the public and private sectors.

Carlos Ballaré underscored the human aspect of the history of the SAFV in his description of your book, printed on the cover. Could you elaborate on this?

Carlos meant that the book includes personal accounts from the people that have devoted their professional lives to plant physiology and ecophysiology, anecdotes of how the research groups developed and grew, and tales of how researchers replaced the lack of equipment with clever ideas. He highlights that the book has an emphasis on human endeavor, rather than being just a review of numbers, places, and dates.

Beyond the analysis of numbers and growth, the book reveals how early researchers worked on problems that largely sprang from their environment, attempting to understand the causes of issues that had an impact on crop productivity. Thus, those in Tucumán initially worked on sugar cane, those in Mendoza researched grapevines, and the focus in Buenos Aires was potatoes. As groups grew and diversified, this initial link was often blurred; young researchers joining ongoing work never realized what the initial question had been.

In a country where agricultural products or their derivatives still make a significant contribution to GDP, it is sensible to resume the link to local agricultural problems. For this task, it will be essential to adopt a systemic collaborative approach. 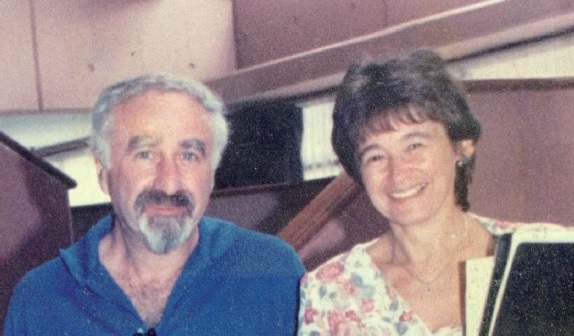 The authors of the book, Edith Taleisnik and Alberto Golberg.

To find out more about the book, read our recent news article here.

The book was edited by the SAFV . Printed copies can be purchased by request – please write to Lilian Ayala.