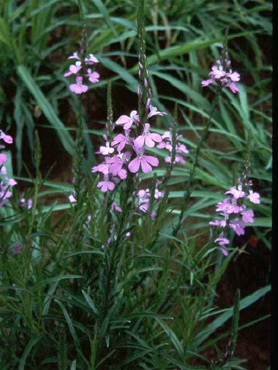 Striga hermonthica, also known as purple witchweed, is an invasive parasitic plant that threatens food production in sub-Saharan Africa. It is estimated to ruin up to 40 per cent of the region’s staple crops, the equivalent of $7-10 billion, putting the livelihoods and food supplies of 300 million people in danger.

Striga has an Achilles’ heel: it’s a parasite that attaches to the roots of other plants. If it can’t find a host plant to attach to, it dies. Scientists have found a way to exploit Striga’s Achilles’ heel to eradicate it from farmers’ fields.

Salim Al-Babili, associate professor of plant science at the King Abdullah University of Science and Technology, and colleagues found that they could trick Striga seeds that a host plant was growing nearby. When conditions are right, the Striga seeds germinate, but without a host plant to attach to, they cannot survive.

The scientists take advantage of plant hormones called strigolactones, which are exuded by plant roots. It is these hormones that trigger Striga seeds to germinate. By treating bare crop fields in Burkina Faso with artificial strigolactones, the scientists found that they were able to reduce the number of Striga plants by more than half.

The scientists’ solution can be applied to crop fields over the course of a crop rotation, and doesn’t require additional water – the treatment begins to work when the rains fall. This has obvious advantages in a region where water is scarce. Al-Babili has been awarded a $5 million grant by the Bill & Melinda Gates Foundation to continue developing real-world solutions to the Striga problem.

This new method will allow farmers and scientists to work together to combat the spread of the invasive Striga plant and help protect the food security of 300 million people in sub-Saharan Africa.