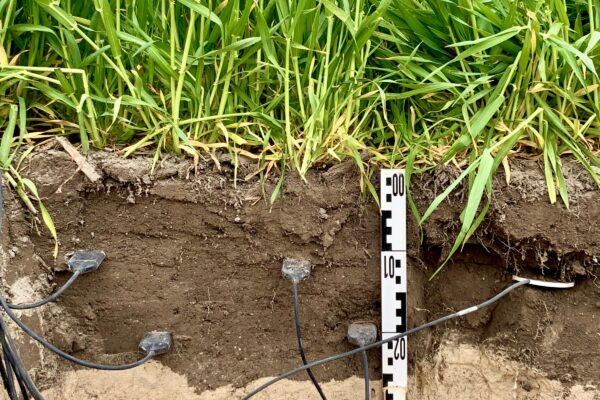 Climate change induced yield reductions can be compensated by cultivar adaptation and global production can even be increased.

Global agriculture both is one of the major drivers of climate change and strongly affected by it. Rising temperatures are among the main reasons for yield reductions. Therefore, the agricultural sector is faced with the major challenge of adapting to climate change in order to ensure food security in the future. According to a new study carried out by international researchers, the use of locally adapted cultivars can significantly contribute to achieve this goal. The study was led by LMU geographer Dr. Florian Zabel.

For four different climate scenarios, he and his colleagues simulated the impacts of climate change on the global production of maize, rice, soy and wheat and investigated how locally adapted cultivars would affect crop yields. Thereby, the scenarios represent different socio-economic pathways that result in temperature increases ranging between 1.4 and 3.9°C in global average.

Our results show that, at least under moderate warming, we could even increase global yields by almost 20% until the end of the century.

“Our results show that, at least under moderate warming, we could generally adapt well to climate change and even increase global yields by almost 20% until the end of the century. Thereby, the increase of atmospheric CO2 partly attributes to the yield increase for some crops, due to positive effects on the efficiency of photosynthesis.” says Zabel.

If global warming can be restricted to below 1.5°C, as specified in the Paris Agreements, the simulations suggest that 85% of the global cropland area can be optimally cultivated with already available cultivars.

The stronger the warming, the more new cultivars will be needed and the higher the risk that a required locally adapted cultivars that can cope with the changed local conditions will not be available.

In the worst-case scenario, almost 40% of global cropland could require new cultivars.

“In the worst-case scenario, almost 40% of global cropland could require new cultivars, of which some would need to have traits that currently do not exist,” says Zabel. Thereby, a critical point is that this even affects globally important production regions, such as North America’s Corn Belt, the world’s most important region for maize production.

“In addition, there are some regions where cultivar adaptation will not be possible, for instance due to a change in future precipitation and possible droughts,” says Zabel. The simulations consider local and regional effects of climate change, and therefore allow identifying regions where locally adapted cultivars could be particularly beneficial for yields. These include large areas of Europe, China and Russia. However, in other parts of the world – including Turkey, Northeastern Brazil, Texas, Kenya and parts of India – adapted cultivars are predicted to have little or no effect on yields, due to a reduction of available water for crops.