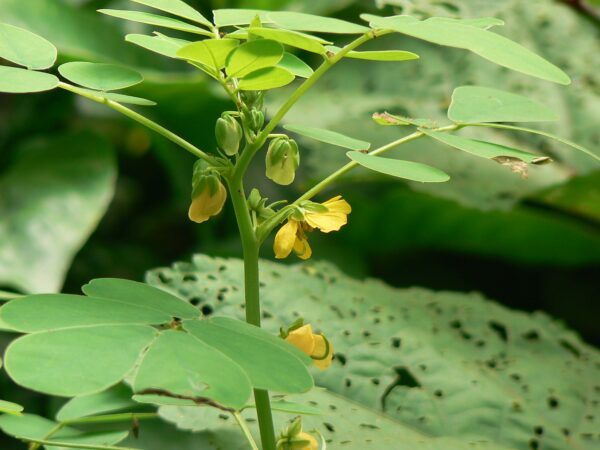 New work from an international team of scientists including Carnegie’s Sue Rhee reveals a gene responsible for anthraquinone synthesis in plants. Their findings could help scientists cultivate a plant-based mechanism for harvesting these useful compounds in bulk quantities.

“Senna tora is a legume with anthraquinone-based medicinal properties that have long been recognized in ancient Chinese and Ayurvedic traditions, including antimicrobial and antiparasitic benefits, as well as diabetes and neurodegenerative disease prevention,” Rhee explained.

Despite its extensive practical applications, genomic studies of Senna have been limited. So, led by Sang-Ho Kang of the Korean National Institute of Agricultural Sciences and Ramesh Prasad Pandey of Sun Moon University and MIT, the research team used an array of sophisticated genetic and biochemical approaches to identify the first known anthranoid-forming enzyme in plants.

“Now that we’ve established the first step of the ladder, we can move quickly to elucidate the full suite of genes involved in the synthesis of anthraquinone,” said lead author Kang.

Once the process by which plants make these important compounds is fully known, this knowledge can be used to engineer a plant to produce high concentrations of anthraquinones that can be used medicinally.

“The same techniques that we use to help improve the yields of agricultural or biofuel crops can also be applied to developing sustainable production methods for plant-based medicines,” Rhee concluded.