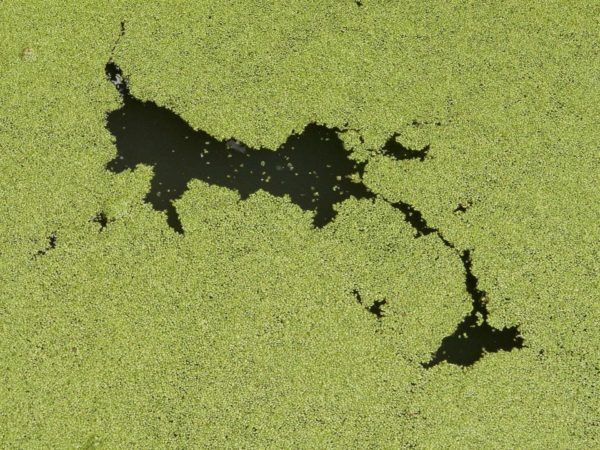 After winning an ARC Linkage grant in 2016, Griffith University researchers, led by Professor Michele Burford at the Australian Rivers Institute, looked at the organic compounds leached from leaves and how this interacts with soil, to determine whether these compounds could suppress the growth of blue-green algal (or cyanobacteria) blooms.

Blue-green-algae outbreaks have major impacts on plants and animals that live in or near creeks, rivers, lakes, estuaries and the ocean. These algae can also produce toxins with major human health concerns.

Professor Burford said investigating how leaf litter can play a role in limiting those impacts could aid management authorities and environmental managers such as Healthy Land Water and Seqwater in managing, monitoring and treating impacted water.

“Trees have an even greater role in preserving water quality than we previously thought,” she said.

“Nutrients from the land – via fertilisers and soil erosion, for example – are a major cause of algal blooms, and planting trees along waterways is one way to reduce nutrient runoff.

“This is because trees take up nutrients from the soil in order to grow. But trees have another role, as we have recently found.

“Trees and other plants also deliver organic material into waterways. They drop their leaves, they fall in the water or they fall on the ground, so we get leaf litter everywhere.”

Among the novel techniques the team employed was to add leachate from leaves to experimental chambers in a reservoir and observe the effect the leachate had on the growth of algae. The experiment revealed that if enough leachate was added it can suppress the blue-green algal growth.

Professor Burford said the research project also examined the relationship between these organic leachates from leaves and chlorination process used for treating drinking water. Organic leachates, such as tannins discolour the water but the combination of chlorine and organic leachate produces disinfection byproducts that can be harmful to humans.

“Some trees are likely to be better to plant when revegetating river banks than others,” she said.

The team published findings from their investigations in the journal Science of the Total Environment.

Read the paper: Science of the Total Environment