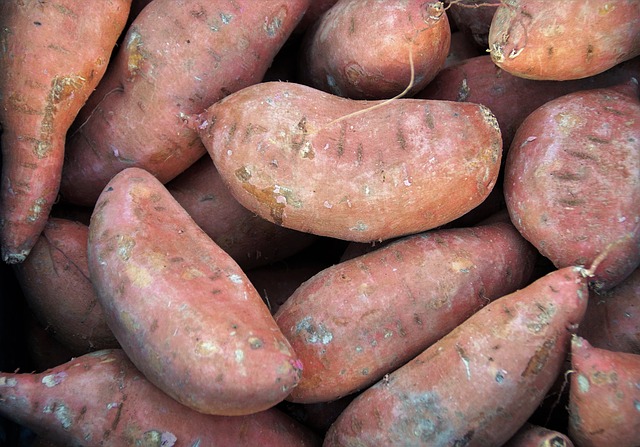 The sweet, starchy orange sweet potatoes are tasty and nutritious ingredients for fries, casseroles and pies. Although humans have been cultivating sweet potatoes for thousands of years, scientists still don’t know much about the protein makeup of these tubers. In ACS’Journal of Proteome Research, researchers have analyzed the proteome of sweet potato leaves and roots, and in the process, have revealed new insights into the plant’s genome.

The sweet potato (Ipomoea batatas, Lam.) is a staple food in some parts of the world, in addition to being used for animal feed and industrial products, such as biofuels. The plant has a surprisingly complex genome, encoding more predicted genes than the human genome. Sweet potato also has a complex chemical composition, with a low protein content in the roots (the part that people eat) and many secondary metabolites in the leaves, making it difficult to extract sufficient quantities of proteins for analysis. Sorina and George Popescu and colleagues wanted to see whether a “proteogenomics” approach — analyzing both protein and genetic data together — could help them gain a better understanding of the compositions of sweet potato roots and leaves.

The team extracted proteins from root and leaf samples using two different methods and cut them into peptides, which they analyzed with liquid chromatography and mass spectrometry. The researchers identified 3,143 unique proteins from sweet potato leaves and 2,928 from roots. When they compared the proteomic data with the genome of the sweet potato, they identified some regions in the published genome sequence where their data could provide enhanced information. For example, the analysis predicted 741 new protein-coding regions that previously were not thought to be genes. The group says the results could be used to help further characterize and biofortify the tuber.