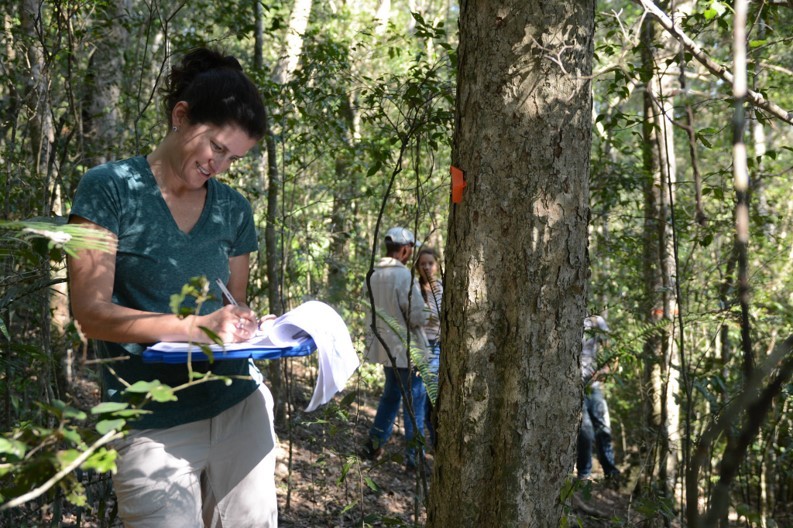 Native forests make up 1% of the landscape in South Africa but could play a key role in reducing atmospheric carbon and identifying sustainable development practices that can be used globally to counter climate change, according to a Penn State researcher.

“As we think about pathways for reducing atmospheric carbon dioxide concentrations, one of the available approaches is to use the natural world as a sponge,” said Erica Smithwick, professor of geography and director of the Center for Landscape Dynamics at Penn State.

The challenge, according to Smithwick, is to use forests to store carbon while also meeting local community needs. As trees grow, they absorb and store carbon through photosynthesis. Carbon makes up about half of a tree’s mass, but amounts vary by species. To find its carbon stock, scientists use equations based on the tree’s diameter and other variables, like height and wood density, rather than cutting down and weighing each species.

In 2011, Smithwick tagged and measured trees in the Dwesa-Cwebe nature reserve in the Eastern Cape Province with help from students in Penn State‘s Parks and People study abroad program. She remeasured the trees five years later while in South Africa on a Core Fulbright U.S. Scholarship and analyzed the forests’ carbon content. The results of the study, one of the first to quantify carbon content in Africa, appear in a recent issue of the journal Carbon Management.

Smithwick found that the coastal, indigenous forests store a moderate to large amount of carbon. They are also a biodiversity hotspot and thus important for conservation. The local communities depend on the forests for resources such as medicinal plants, fuelwood and timber, as well as their spiritual needs, Smithwick added.

“As we move toward the sustainable development of these places, we need to think about how the local communities are able to value and work with these characteristics of the forests,” said Smithwick, who also holds an appointment in Penn State’s Earth and Environmental Systems Institute. “Understanding what is an optimal level of productivity extraction from the natural system so we’re not degrading the system is an area of interest. We’re trying to figure out what the balance between forest productivity and resource extraction is.”

Smithwick noted that the large amount of forest productivity, or how quickly the forests grow, and small amount of human use of forest resources suggest that humans are not negatively influencing the Dwesa-Cwebe forests. She added that access to the nature reserve is limited, and other reserves see more resource extraction.

The South African government manages Dwesa-Cwebe but plans eventually to hand over management of the park to the surrounding local communities. Smithwick said that conservation of the area must integrate human interactions and values into a development model that recognizes how humans can benefit a forest system if managed in a sustainable way.

“We have to recognize the importance of these natural forests and their biodiversity and carbon values, but we also have to situate that in a sustainable development challenge,” said Smithwick, who is also director of the Huck Institutes of Life Sciences Ecology Institute and associate director of the Institutes of Energy and the Environment. “The forest in South Africa is a good case study for how we start to think about balancing these considerations. The lessons learned from this hopefully can resonate to how we think about these challenges in other parts of the world.” 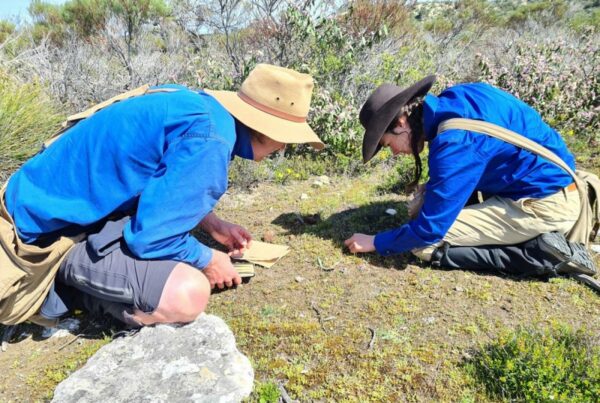