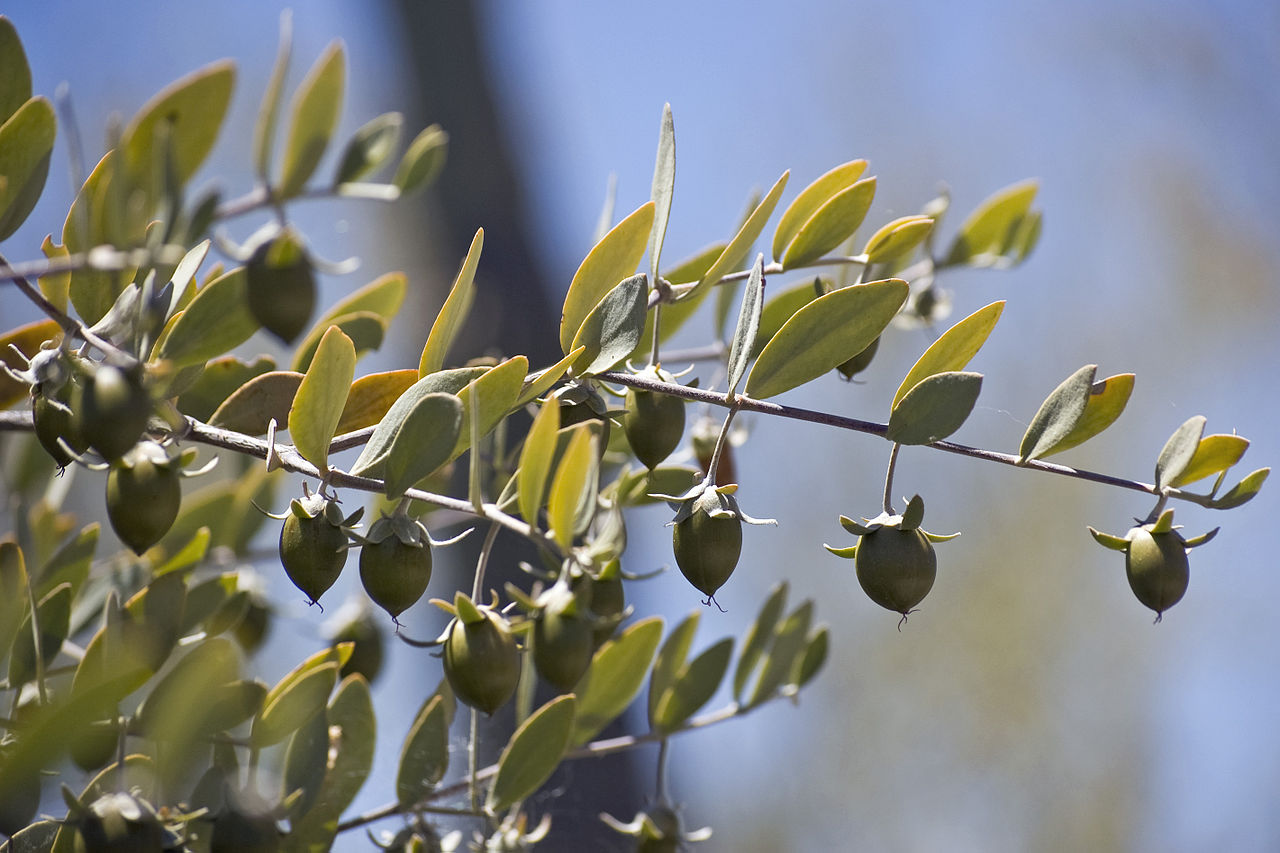 The genome of jojoba (Simmondsia chinensis): The only plant to store wax in its seeds

Interest on Jojoba crop was, and still is, jojoba oil, which is not a glyceride fat, but a liquid wax with unique chemical configuration and features. “Therefore, it raises the need to generate an overview on the oil deposit in relation to structural arrangement of seed”, says Dr. Ljudmilla Borisjuk, head of the research group Assimilate Allocation and NMR (AAN) at IPK. “For example, how is oil distributed within the various tissues of seed and especially within embryonic tissues?” The task was not trivial, especially because the Jojoba fruit is a nut (also known as deer nut, quinine nut, wild hazel). “Using Nuclear Magnetic Resonance Imaging (MRI) we were able to look inside of the intact nut, quantitatively assess distribution of oil and provide a 3D “inside out” view on oil storage deposition in the living embryo”, says Dr. Ljudmilla Borisjuk.

The seeds of jojoba are one of the world’s only known sustainable sources of liquid wax esters and have been used as an eco-friendly replacement for the similar oils that were once harvested from the spermaceti organ of the sperm whale (Physeter macrocephalus), which nearly drove this species to extinction. “Jojoba is the only plant to store wax in its seeds. Such a vegetable oil has heretofore been unavailable”, further explains Dr. Eberhard Munz (research group AAN). The liquid wax is usually referred to as jojoba oil. Jojoba oil possesses several advantages over sperm whale oil and and is widely used in pharmacy, cosmetics and hair care products. We (humans) have microscopic glands in our skin that secrets sebum (waxy matter). Jojoba oil is believed to play the role of sebum. As we age, the glands produce less and less sebum, which results in dry skin and hair. “Native americans used jojoba wax to lubricate skin, whereas european relied on sperm whale products. Since whaling is banned in most countries, the sale and use of whale oil has practically ceased”, says Dr. Ljudmilla Borisjuk.

While there have been considerable efforts to engineer a transgenic crops with wax ester in the seeds of canola (Brassica sp.), camelina (Camelina sativa), crambe (Crambe abyssinica), and Lepidum (Lepidum campestre), the expression of desired jojoba sequences has resulted in only modest elevation of waxes in oilseeds. Seed germination rates of engineered lines with higher wax esters markedly decreased. “As jojoba seeds can accumulate up to 60 percent seed oil with more than 95 percent wax esters with no observable germination effects, there is likely much to be learned about how jojoba seeds synthesize, package, and mobilize waxes”, says Dr. Borisjuk.

International team of scientists (USA, Germany and China) joined their technological forces to extensively investigate transcriptome, proteome, and lipidome of Jojoba seeds and report the high-quality, 887-Mb genome of jojoba assembled into 26 chromosomes with 23,490 protein-coding genes in the March edition of the journal Science Advances. Scientists from Heinrich Heine University (Düsseldorf), University of Göttingen and Leibniz-Institute of Plant Genetics and Crop Plant Research (IPK, Gatersleben) take a part in this exploration.

Study of oil distribution inside of intact mature seed was performed using Nuclear Magnetic Resonance Imaging technology. “I am appreciate, that MRI investigations were representing the IPK in this large cooperation. Reason for that was our original technology for lipid visualisation”, says Dr. Ljudmilla Borisjuk.

The genomic resources coupled with multi-omics and imaging studies, display missing evolutionary history information for this taxonomically segregated dioecious plant species and will support efforts to improve the agronomic properties of jojoba.

Due to establishment of the new technological NMR-imaging platform at IPK, structural and lipid imaging with close to cellular resolution is now available for wide range of international collaborations. “Now we are aiming to provide more insight into germination of the grain, because manipulation of wax content/composition affects germination of transgenics.”