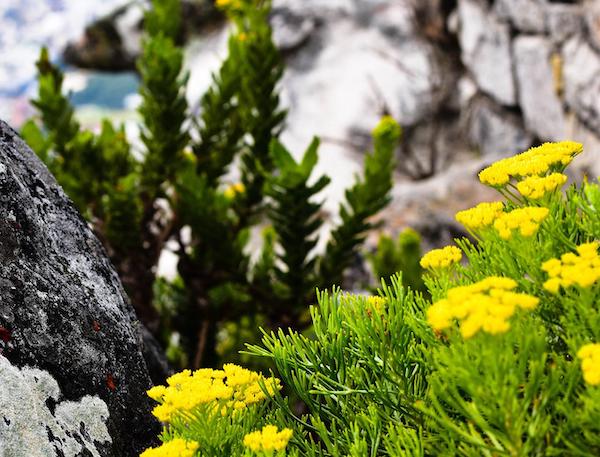 The enigmatic tropical alpine flora on the African sky islands is young, disturbed, and unsaturated

On the tops of the high mountains in the tropics of Africa grow unique communities of highly adapted, often bizarre looking plants. Giant rosette forming senecios and lobelias tower above dwarf shrubs and other plants that have found strategies to resist extreme daily fluctuations between wintery, often sub-zero temperatures at night, followed by high insolation, summer-like conditions during the day—all year round. These “sky islands” poke out of a sea of very different lowland tropical vegetation. They are isolated and unique.

Martha Kandziora, a recent MSCA Widening Fellow at CUNI, is the lead author of a new paper, published in the journal Proceedings of the National Academy of Sciences. She and colleagues analyzed genome data from an unprecedented sampling across afroalpine plants using novel techniques developed by Kandziora. They revealed a dynamic evolutionary history of this remarkable flora, with frequent colonizations from distant temperate zones at higher latitudes followed by extinctions, most likely caused by climate changes during the ice age cycles.

Extinction and recolonization of the afroalpine flora may have been frequent as measured on an evolutionary timescale—in this case, mostly within the last 5 to 10 million years—but this is nothing compared to the rapid pace of modern human-mediated extinctions. Today, whole ecosystems are affected by human-induced climate change. On top of habitat destruction (particularly through over-grazing), the afroalpine flora will be particularly vulnerable to human-induced climate warming as it reduces the alpine habitat into successively smaller areas at higher elevations.

The work is the latest in a series of papers presented by Kandziora and international collaborators shedding light on the origins of plant groups found in tropical alpine zones—not only of Africa, but also of the much greater extent of Páramo in the high Andes of South America. Ongoing research using cutting edge genomic data and bioinformatic tools will search for general processes underlying plant diversifications in these fascinating habitats.