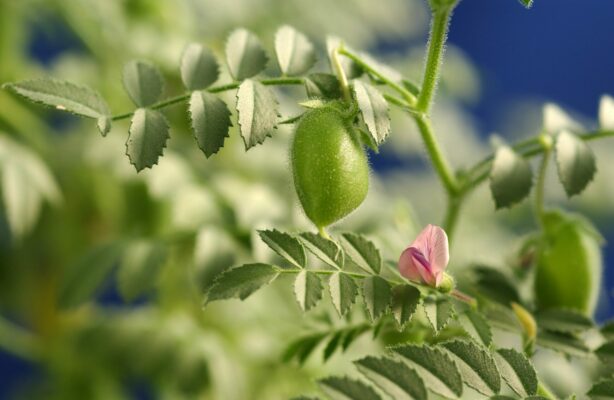 Flowering time in chickpeas’ wild relatives is influenced by one to three major genes, according to new research.

The study was conducted by bioscientists from Durham University working with researchers from Harran University in Turkey and University of California Davis in the US.

The researchers focused on flowering time variation in chickpeas where early flowering varieties can produce seeds before suffering late summer drought and high temperature in Turkey.

They created ten genetically diverse families of chickpea derived from the progeny of hybrids between wild individual chickpeas collected from different locations across its native range in southern Turkey and cultivated chickpea.

They cultivated these families consisting of hundreds of individual chickpea plants, in the field at Harran University farm in Southern Turkey and measured several performance related traits.

The researchers analysed the flowering time data to determine the number of genes contributing to its variation. At Durham University, they measured and analysed multiple genetic markers located across the chickpea genome in combination with flowering time data to identify the genomic locations of the major genes influencing the trait in two of these families.

Full result of their study, which details the breeding of climate resilient chickpea by introducing useful gene variants from its wild crop relatives, has been published in the journal Agriculture.

Study co-author, Dr Adrian Brennan of Durham University, said: “Working together with my colleagues from Syria and Turkey has enabled us to contribute to breeding locally adapted chickpea varieties.”

Chickpea is one of the earliest domesticated plants from the Middle East and now one of the most important food legume crops in the world.

The research findings will allow further exploration of the genetic variation for flowering time that is available in wild chickpea populations. It will also enable development of genetic markers for gene variants of interest that can be used to make future breeding efforts faster and more precise.

The project was funded by the Council for At Risk Academics Syria programme to support Syrian academics exiled in Turkey.