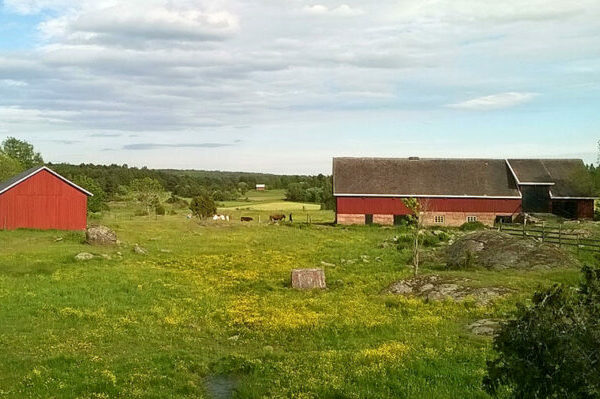 A study carried out at the University of Helsinki indicates that agricultural activity confuses the mechanisms that regulate the occurrence of plant diseases in nature. A wider variety of virus species was found in meadows close to agricultural fields compared to those located in natural surroundings, with the richness of plant species having no effect on the number of virus species. However, maintaining biodiversity is worthwhile, as plant richness did reduce the number of viral infections in the meadows.

An increasing share of the global land area is used for agricultural purposes, with more and more of the remaining area located at the boundary between agricultural and natural land, also known as the agro-ecological interface. At the same time, biodiversity is narrowing and epidemics are threatening humans, animals and plants. In the wild, species interact with one another, making the richness and distribution of host species in a given area impact the occurrence of pathogens as well.

The Research Centre for Ecological Change headed by Professor Anna-Liisa Laine at the University of Helsinki surveyed the effects of the proximity of cultivated land to viral distribution in ribwort plantain (Plantago lanceolata) meadows in the Åland Islands.

“The meadow network on the Åland Islands is favourable for research, as we have previously identified five new plant viruses in the area. It was the distribution of these viruses we were now able to investigate, thanks to the techniques we have developed for the purpose. We chose for our study meadows located either on the edges of fields or far away from agricultural land,” says researcher Hanna Susi who headed the study, from the University of Helsinki’s Faculty of Biological and Environmental Sciences.

At the agro-ecological interface, many factors that affect the spread of plant diseases, including soil nutrients as well as the diversity and density of plant species, change suddenly. The researchers observed that the effect of agriculture extends, however, to the areas surrounding fields.

“Surprisingly enough, we observed no differences in species richness or community composition between plant communities situated on field edges and wild populations further away,” Susi notes.

The researchers found that the meadows on the edges of fields had a higher number of virus species whose numbers were not reduced by plant richness, contrary to what was seen in meadows surrounded by natural environments. At the same time, the richness of plants reduced viral infections in both meadow types.

The study conducted by Laine’s group indicates that agricultural activity confuses the mechanisms that regulate the occurrence of diseases in the wild.

“However, maintaining biodiversity is worthwhile, as the richness of plant species did reduce the number of viral infections in the meadows – regardless of location,” Susi says.