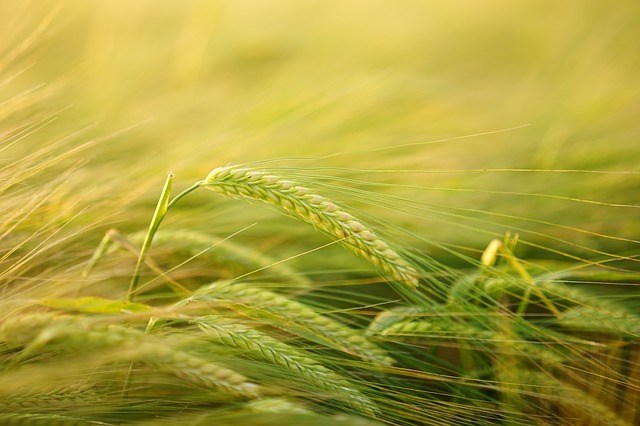 Genome editing comes with great hopes for the improvement of crops in regards to the challenges posed by climate change, but also for breeding of disease resistance and an improved sustainability of agriculture. A research team led by the IPK Leibniz Institute has now succeeded in modifying a gene in barley using the Cas9 gene scissors, making new resistances to important viruses available for winter barley. The results were published today in the renowned “Plant Biotechnology Journal“.

Besides fungi and insects, viruses are also serious pathogens of crops. In the case of cereals, viruses that are transmitted to the plants via microorganisms in the soil are becoming increasingly important. For barley, these are mainly the barley yellow mosaic virus (BaYMV) and the barley mild mosaic virus (BaMMV). Both are transmitted to young seedlings of winter barley in autumn and can cause yield losses of up to 50 percent.

Resistance breeding plays an essential role to cope with these pathogens. Although almost all current European winter barley varieties are resistant to these viruses, some virus strains have already overcome this widely used resistance through genetic adaptation, so that a broad breakthrough of the natural defences is only a matter of time. Given the tediousness of breeding measures, there is an urgent need to identify new sources of resistance and deploy them to breeding in an accelareted manner.

In search of such new resistances, a research team led by the IPK Leibniz Institute screened material from the Institute’s gene bank. In 2014, they found what they were looking for in old landraces and wild relatives of cultivated barley. “These investigations have shown that the PDIL5-1 gene, which is involved in the formation of 3-dimensional protein structures, also plays a central role in the resistance of plants to viruses,” explains Robert Hoffie from the “Plant Reproductive Biology” research group. This is a so-called susceptibility factor host-dependent viruses utilise to reproduce themselves in the plant tissue. “A decisive finding for us was that resistant gene bank material contained variants of the PDIL5-1 gene that had lost their function through mutation and hence can no longer be used by the virus ” says the IPK scientist and first author of the study.

Image: Typical yellow mosaics on the leaves of a barley plant infected with the BaMMV virus in the greenhouse (left) in direct comparison with a healthy plant (right). Credit: IPK Leibniz Institute/ R. Hoffie

However, crossing such resistance-mediating gene variants into the existing breeding material of European winter barley is laborious and time-consuming. “Therefore, we used the Cas9 gene scissors to switch off the PDIL5-1 gene in two susceptible barley varieties by targeted mutagenesis, thus achieving success much faster and without any additional

genetic changes in the barley varieties,” says Robert Hoffie. The results were more than promising; “the targeted plants were resistant to barley mosaic virus (BaMMV) infection in the greenhouse trial and there were no negative effects on growth or yield.”

“The study exemplifies how we can take advantage of our gene bank material for plant breeding today with extremely efficient and precise biotechnological tools such as the Cas9 gene scissors,” comments Dr. Jochen Kumlehn, head of the study and head of the “Plant Reproductive Biology” research group. At the same time, the new findings also open up further perspectives of research. For example, we assume that the modification of PDIL genes may also lead to virus resistance in other plant species.