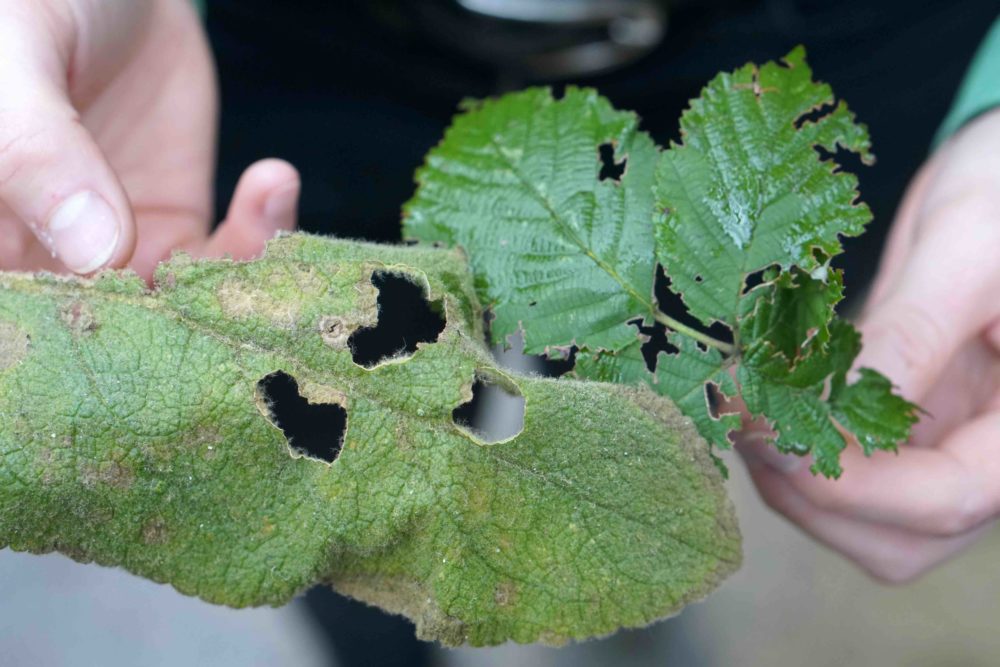 Plants produce the hormone jasmonic acid as a defence response when challenged. This is how they ensure that their predators no longer like the taste of their leaves. Biologists want to find out whether biological precursors and other variants of jasmonic acid lead to similar or different effects. But such derivatives of the hormone have so far been too expensive for experiments and difficult to come by. Researchers from the Faculties of Chemistry and Biology at Bielefeld University have now found a method that might make the production of a biologically significant precursor of jasmonic acid more efficient and cheaper. Their innovation: they imitate how plants produce the hormone. The result is 12-OPDA, a central precursor of jasmonic acid. In the long term, it could also be a potential precursor for high-quality perfume. The researchers present their method in the research journal Advanced Science.

Dietz heads the Plant Biochemistry and Physiology Working Group at Bielefeld University. He is researching how plants react to stress and is working on changing and optimising their response. ‘This will enable us to prepare plants for the new environmental conditions resulting from climate change, for instance.’ If the warmer climate leads to an increase in beetle populations, plants could be equipped with the ability to harm these attackers with bitter substances. ‘We are interested in the effect of preforms of jasmonic acid, such as 12-OPDA, which is only available in the milligram range and then costs several hundred euros,’ says Dietz.

‘The high price is due to the labour-intensive production process, as the production of 12-OPDA is extremely complex and involves numerous reaction steps in the classical chemical process,’ says chemist Professor Dr Harald Gröger. He heads the Industrial Organic Chemistry and Biotechnology Working Group at Bielefeld University. Together with Dietz, he developed the idea of producing 12-OPDA (12-oxophytodienoic acid) as a precursor of jasmonic acid by means of an efficient and innovative synthetic method. Both scientists conduct research at the Center for Biotechnology (CeBiTec) at Bielefeld University.

The new method adopts the principle from plant cells: it uses enzymes as plant catalysts in a form optimised for synthetic purposes. ‘It is important that these enzymes are used in the right ratio,’ says Jana Löwe. She is the lead author of the new study and a researcher in Gröger’s working group. The best part of the new method is that if all the initial conditions are correct, it subsequently runs on its own.

‘Like plants, we use easily accessible linolenic acid in combination with only three enzyme reactions,’ explains Löwe. Linolenic acid can be extracted from rapeseed oil, for example. The first enzyme incorporates oxygen from the air into the linolenic acid. The second enzyme subsequently produces a highly unstable intermediate, which is then converted into 12-OPDA by the third enzyme.

‘It sounds simple,’ says Gröger. ‘The difficulty so far, however, has been the sensitive, short-lived intermediate stage created by the second enzyme. If the third enzyme is not added immediately, the resulting products are unusable.’

Löwe solves the problem by using bacteria as producers of the enzymes for the second and final stage of the reaction—in combination with a commercial enzyme derived from soybeans for the first reaction stage. The bacteria (Escherichia coli) have been genetically modified to provide the two enzymes in the required quantities. ‘As soon as the unstable intermediate is formed, the required enzyme is immediately available and ensures the production of 12-OPDA,’ says Gröger.

The 12-OPDA can then be used directly in biological studies or converted into other substances needed for Dietz’s experiments, for example. Löwe has also developed a method for this. ‘This provides us with a library of descendants of 12-OPDA for plant physiological investigations,’ says Dietz. ‘With further reactions, the 12-OPDA could even be used to produce methyl dihydrojasmonate efficiently in the future,’ says Gröger. ‘This is a substance required as an ingredient in many well-known perfumes.’

Image: Jasmonic acid renders the damaged leaves of plants indigestible for predators. A precursor of the hormone has been created in Bielefeld. It can be used, for example, to test how plant fitness can be improved. Credit: Bielefeld University