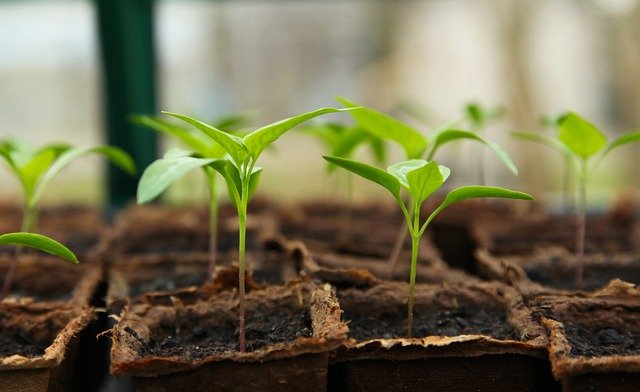 New insights into how phytochromes help plants sense and react to light, temperature

Plants contain several types of specialized light-sensitive proteins that measure light by changing shape upon light absorption. Chief among these are the phytochromes.

Phytochromes help plants detect light direction, intensity and duration; the time of day; whether it is the beginning, middle or end of a season; and even the color of light, which is important for avoiding shade from other plants. Remarkably, phytochromes also help plants detect temperature.

New research from Washington University in St. Louis helps explain how the handful of phytochromes found in every plant respond differently to light intensity and temperature, thus enabling land plants to colonize the planet many millions of years ago and allowing them to acclimate to a wide array of terrestrial environments.

The new work from the laboratory of Richard D. Vierstra, the George and Charmaine Mallinckrodt Professor of Biology in Arts & Sciences, is published this week in the Proceedings of the National Academy of Sciences (PNAS).

For the first time, these biologists fully characterized the phytochrome family from the common model plant Arabidopsis thaliana on a biochemical level.

The scientists also extended that characterization into the phytochromes of two important food crops: corn and potatoes. Instead of finding that all phytochrome isoforms are identical, they found surprising differences.

“A major hurdle toward understanding how phytochromes direct most aspects of plant growth and development has been defining how the related isoforms work collectively and uniquely to regulate specific cellular activities,” Vierstra said.

Plants typically express three or more phytochromes. It was well-known that plants can respond to wide ranges of light intensities but other factors such as expression levels and signaling potential were considered as the likely culprits.

“Now we know that the differing biophysical properties of the isoforms also underpin the unique signaling potentials within the plant phytochrome photoreceptor families,” Vierstra said. “These properties are evident in Phy families in plants ranging from Arabidopsis to maize and potatoes, indicating that they likely emerged very early in phytochrome evolution.”

A deeper understanding of these proteins will allow scientists to use phytochromes as tools both in agriculture and for research in the field of optogenetics, which has exploited phytochromes to precisely control cellular events simply by shining light.

“It is striking how differently the two major Arabidopsis phytochromes respond to varying light levels, where low levels of light akin to heavy shade can nearly fully activate the PhyA isoform, while the PhyB isoform requires near full sun to become fully active,” said Zachary Gannam, postdoctoral fellow in biology in Arts & Sciences and co-first author of the new paper.

The results also show why PhyB may have the greatest role in how plants sense temperature — something that will become even more important in a warming world.

“A plant’s struggle for survival is foreign to us. They are rooted in place and must adapt to their immediate environment or perish,” said E. Sethe Burgie, research scientist in biology and co-first author of the new paper.

“Graded responses to light are important to keep plant growth under appropriate control as the plant adapts to its environment,” he continued. “They’re likely integral for detecting waxing or waning daylight hours to allow flowering and setting seed in the proper season.”

In coming months, the researchers plan to modify and grow plants that manifest different variations and combinations of the phytochromes included in this laboratory study, with the goal of modifying light and temperature sensation of crops for agricultural benefit.