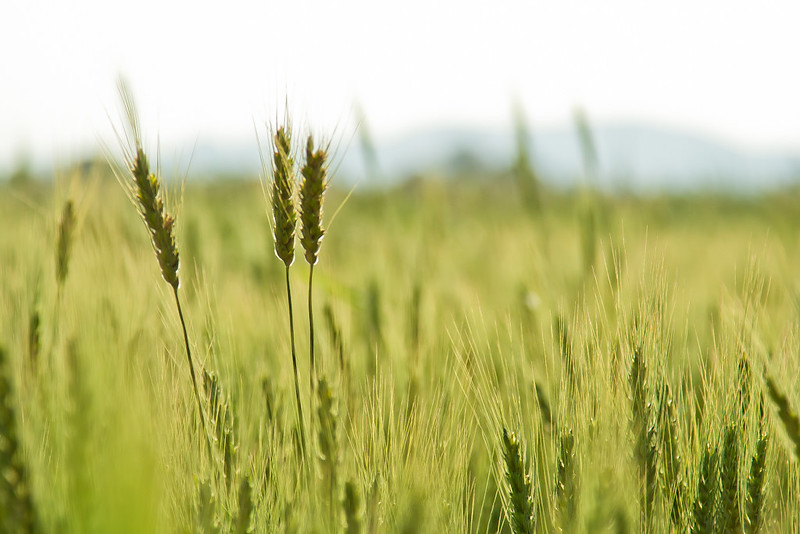 In a landmark discovery for global wheat production, an international team led by the University of Saskatchewan (USask) and including scientists from the International Maize and Wheat Improvement Center (CIMMYT) has sequenced the genomes for 15 wheat varieties representing breeding programs around the world, enabling scientists and breeders to much more quickly identify influential genes for improved yield, pest resistance and other important crop traits.

The research results, just published in Nature, provide the most comprehensive atlas of wheat genome sequences ever reported. The 10+ Genome Project collaboration involved more than 95 scientists from universities and institutes in Canada, Switzerland, Germany, Japan, the U.K., Saudi Arabia, Mexico, Israel, Australia, and the U.S.

“It’s like finding the missing pieces for your favorite puzzle that you have been working on for decades,” said project leader Curtis Pozniak, wheat breeder and director of the USask Crop Development Centre (CDC). “By having many complete gene assemblies available, we can now help solve the huge puzzle that is the massive wheat pan-genome and usher in a new era for wheat discovery and breeding.”

“These discoveries pave the way to identifying genes responsible for traits wheat farmers in our partner countries are demanding, such as high yield, tolerance to heat and drought, and resistance to diseases and pests including wheat blast,” said Ravi Singh, head of global wheat improvement at CIMMYT and a study co-author.

One of the world’s most cultivated cereal crops, wheat plays an important role in global food security, providing about 20 per cent of human caloric intake globally. It’s estimated wheat production must increase by more than 50 per cent by 2050 to meet an increasing global demand.

The research team was also able to track the unique DNA signatures of genetic material incorporated into modern cultivars from wild wheat relatives over years of breeding.

“With partners at Kansas State University, we are very excited to leverage these genomic resources for genomics-assisted wheat breeding at CIMMYT” said Philomin Juliana, CIMMYT wheat breeder and study co-author.

“This study has also provided the complete assembly of a wheat chromosomal segment called Vpm-1, which is derived from a wild wheat relative and has been consistently associated with high grain yield in the CIMMYT germplasm. This is a key milestone, given that this chromosomal segment is now present in more than 90% of the elite spring wheat lines distributed internationally by CIMMYT.”

The team also used the genome sequences to isolate an insect-resistant gene (called Sm1) that enables wheat plants to withstand the orange wheat blossom midge, a pest which causes millions of dollars in losses to wheat producers each year.

“Understanding a causal gene like this is a game-changer for breeding because you can select for pest resistance more efficiently by using a simple DNA test than by manual field testing,” Pozniak said.

The 10+ Genome Project was sanctioned as a top priority by the Wheat Initiative, a coordinating body of international wheat researchers.

“This project is an excellent example of coordination across leading research groups around the globe.  Essentially every group working in wheat gene discovery, gene analysis and deployment of molecular breeding technologies will use the resource,” said Wheat Initiative Scientific Coordinator Peter Langridge.

Read the full press release from the University of Saskatchewan.