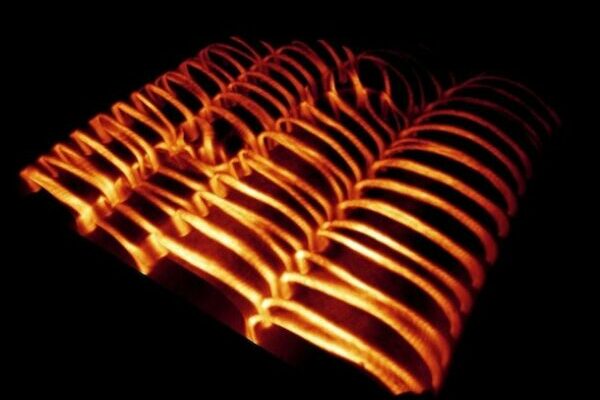 How plants stabilize their water pipes

Trees are by far the tallest organisms on Earth. Height growth is made possible by a specialized vascular system that conducts water from the roots to the leaves with high efficiency, while simultaneously providing stability. The so-called xylem, also known as wood, is a network of hollow cells with extremely strong cell walls that reinforce the cells against the mechanical conflicts arising from growing tall. These walls wrap around the cells in filigree band and spiral patterns. So far, it is only partly known, how these patterns are created. Scientists from the Max Planck Institute for Molecular Plant Physiology in Golm/Potsdam and from Wageningen University and their colleagues study the formation of such reinforced and patterned cell walls.

Plants take up water from the soil via the roots and transport it through a vascular system, the so-called xylem, into the canopy. The xylem is a network of tubular cell wall containers that are formed by living xylem cells during plant growth. Before their death, the cells actively organize the deposition of an exceptionally strong wall – the so-called secondary wall – into band and spiral patterns. After that, the cells dissolve and vacate their interior, and lignify the walls to further provide strength, resilience, and waterproof to these structures. Due to this, xylem cells provide both, an efficient water transportation system and plant stability.

The major load-bearing component of xylem walls is cellulose. To allow the cellulose to form these visually impressive band patterns, it needs the help of various proteins. These include so-called microtubules – small, tubular protein structures that are part of the cytoskeleton – which provide the molecular ‘tracks’ for the cell-wall-producing machinery. This machinery moves along the microtubules like an asphalt paver and continuously deposits wall material on the outside of the cells. The microtubules thus act like an instruction manual for cell wall synthesis. Despite much research into the general formation of cell walls, it has not yet been clear how the microtubule cytoskeleton is reorganized into such filigree patterns during secondary wall formation.

“One problem in elucidating these mechanisms has been the deep-tissue localization of the xylem, being buried underneath many cell layers. Due to this, it cannot be observed directly. We are using a genetic engineering approach to make this process visible under the microscope”, explains René Schneider from the Max Planck Institute for Molecular Plant Physiology. The researchers used Arabidopsis thaliana (thale cress), an inconspicuous weed and model plant for research, and modified it in that way, that all its cells can be forced to form xylem and thus secondary cell walls. “For this purpose, we have equipped our plants with a ‘gene switch’. This makes it possible to trigger the mechanism of xylem development from the outside in a targeted manner. By that, all cells in the plant are becoming xylem cells, particularly the ones at the surface which are easy to study with high-resolution microscopy”, Schneider describes. With this method, it is possible for the first time to observe xylem cells and their wall patterns as they develop.

Using this new tool, the researchers describe which processes drive the rearrangement of the microtubules during xylem formation. They developed an automatic imaging method and observed that the microtubule bands and spirals form simultaneously over the entire cell surface and the resulting pattern is further adjusted until an orderly distribution of bands is achieved. During this process, the microtubules in the gaps are continuously broken down while they are growing in the bands.

The re-arrangement into parallel, evenly spaced bands takes about one to two hours and is maintained for the remaining time. The entire transformation process of a cell to become a proper xylem cell requires several days in total. With the help of their observation in plants and by using computer simulations, the team of scientists was also able to identify a protein complex, KATANIN, which turned out to be involved in the timely and orderly formation of secondary walls.

Based on these findings, Dr. René Schneider will further pursue the research question of how exactly the patterns of secondary walls are formed in plants. Therefore, he is supported by the German Research Foundation (DFG) under the renowned Emmy-Noether-Program to establish a research group at the University of Potsdam. The research group is funded with 1.3 million Euros and will use in-vivo (in living plants), in-vitro (in the laboratory; outside the plant), as well as computer-based methods to further explore the genetics and biophysics of cell wall pattern formation. The group’s work is not only of interest for plant research, but could also contribute to the adaptation of plants to the future climate, since the survival of trees in a changing climate depends largely on the adaptability of xylem vessels. The identification of proteins and associated genes that adapt the vascular system to environmental conditions could help to identify or even genetically engineer more climate-resistant plant species.

Image: Visualization of cell walls of the plant vascular system, which wind around the cells in filigree band and spiral patterns. Credit: MPI-MP/ René Schneider 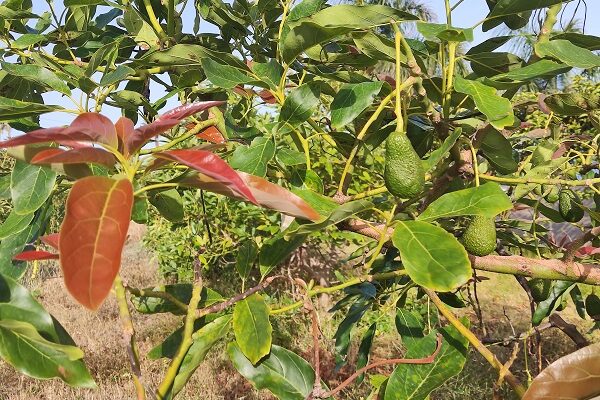