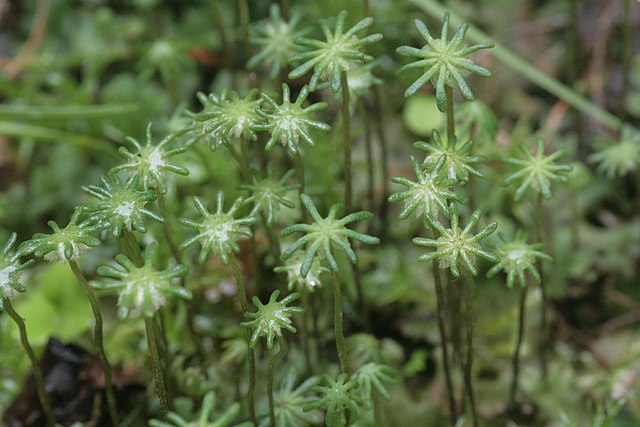 Researchers have found that rhizobial bacteria are hijacking a key protein in legumes involved in molecular transport to control how the symbiotic cellular structures that allow the plants to take up nitrogen form between the two organisms.

The processes that govern the formation of symbiotic structures between nitrogen-fixing bacteria and legumes in the latter’s roots remain largely a mystery to science, but researchers from the Institute of Microbiology of the Chinese Academy of Sciences have recently discovered that a duplication of the genes is playing a key role. The study was published in the journal Nature Plants.

Nitrogen is one of the most important ingredients of life. It is an integral component of amino acids, proteins, and the nucleic acids that make up DNA and RNA – the very building blocks of living organisms. If plants, animals, fungi, bacteria or any other organisms suffer from nitrogen deficiency, they will almost certainly die. Some 80 percent of the atmosphere is made up of nitrogen gas, so one might think that nitrogen deficiency is unlikely. But nitrogen in this form – molecules composed of two nitrogen atoms bonded together, or N2 – cannot be used by almost all organisms.

Nitrogen-fixing bacteria are the only bacteria in the nature that can break the incredibly strong triple bond of N2and attach the nitrogen atoms to hydrogen to make ammonia (NH3) – a species of nitrogen-based molecule that organisms can actually take up and use. This process is called biological nitrogen fixation. Many plants are able to take up the ammonia synthesized by the nitrogen-fixing bacteria, and other organisms, including animals, can eat those plants or eat animals that have eaten those plants, and in this way gain their nitrogen ‘fix’.

There are also a small number of plants, in particular legumes, that enjoy a symbiotic relationship with rhizobia in which the bacteria are incorporated into some of the cells in the roots, forming small nodule-like growths. The symbiotic bargain between bacteria and plant involves the rhizobia trading some of their ammonia for other types of nutrients needed for development. But lots of crops do not enjoy this symbiotic relationship. In these cases, farmers need to spread manure or synthetic fertilizer on their fields so that these crops can access life-giving nitrogen from ammonia.

Synthetic fertilizer is produced under high temperatures and pressures to combine atmospheric nitrogen to hydrogen to produce ammonia. The easiest and cheapest way to source the hydrogen ingredient is to break apart the methane molecules that make up natural gas with carbon dioxide as a byproduct. This makes fertilizer production one of the leading causes of global warming in agriculture. In addition, both manure and synthetic fertilizer results in ammonia agricultural runoff into rivers and streams, causing nitrogen pollution including deadly algal blooms.

“If scientists can learn more about how the rhizobia-legume symbiosis happens, maybe we can engineer other types of plants that can form such a symbiosis, or even fix nitrogen directly,” said KONG Zhaosheng from Institute of Microbiology and a co-author of the paper. “This could radically reduce our dependence on manure and synthetic fertilizer, and has long been the Holy Grail of sustainable agriculture.”

It is known that the plant-derived symbiosome membrane provides an interface for the exchange of nutrients and ‘signals’ – chemical directives – between the two symbionts, plant and bacterium, and that the plant-cell cytoskeleton plays a key role in this interface. The researchers suspected that the central vacuole likely plays a role in the symbiosome as it exerts force on the cell and cell wall to maintain pressure equilibrium, thus helping to coordinate the internal organization of the cell. But the underlying mechanisms of how this works remain largely unknown.

In the common liverwort, Marchantia polymorpha, there is a protein called the kinesin-like calmodulin-binding protein (KCBP). Kinesins are ‘motor’ proteins that work to transport molecules throughout the cells of many different types of organisms by ‘walking’ along internal microtubule structures. KCBP however is unique to plants and in liverworts is essential to the growth of their rhizoids, root-like structures of these early plants. The protein is thought to be one of the key evolutionary developments that allowed plants to adapt to land.

In the barrelclover plant (a type of legume), the genes responsible for production of this KCBP are activated just about everywhere in root hairs at the infection-thread stage. Focusing on the KCBP-encoding genes, researchers used Basic Local Alignment Search Tool analysis, a program that compares genetic or protein sequences of specific organisms to databases of such sequences, to find similar regions.

They found that in the barrelclover’s genome, there is a duplication of them, and where this duplication of KCBP-encoding genes occurs, their activity appears only related to interactions between the barrelclover and the rhizobia bacteria that enable the formation of the symbiosome. The separate phylogenetic analysis, an evolutionary history of genetic changes in ancestral species over time, showed that this duplication of KCBP-encoding genes only occurs in the legumes that form symbiosomes.

The researchers believed that the rhizobia are hijacking the plant’s duplicate KCBP to direct a cross linking of microtubules within the cell to control how the central vacuole in symbiotic cells forms.

In the future, the researchers aim to identify what is driving the activation (expression) of the duplicate KCBP genes.