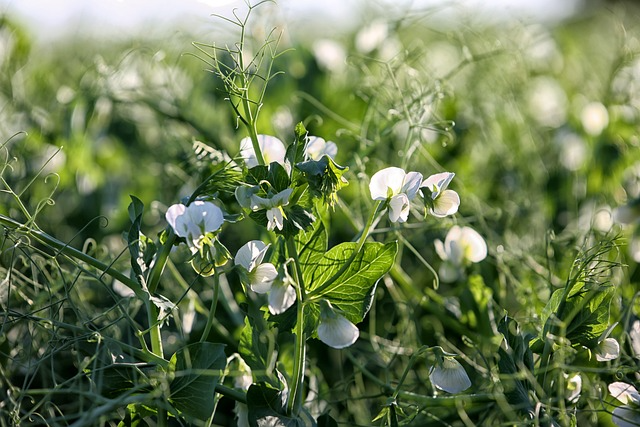 Scientists have traced back plant defence mechanisms to a single receptor that evolved over millions of years to recognise today’s diseases and pests.

The defence mechanisms plants use to recognise and respond to a common pest – the caterpillar – has arisen from a single gene that evolved over millions of years, according to a report published today in eLife.

The study finds that some plants, such as soybeans, have lost this protective gene over time, and suggests that breeding plants or genetically engineering them to reintroduce the gene could protect against crop failure.

The health status of a plant depends on the immune system it inherits. In plants, this means inheriting certain types of pattern recognition receptors that can recognise distinct pathogens and herbivore-derived peptides, and trigger an appropriate immune response.

“Inheriting the right types of pattern recognition receptors can allow plants to recognise threats and cope with diseases and pests,” explains lead author Simon Snoeck, postdoctoral researcher at the Department of Biology, University of Washington, US. “ Although we know many pest-derived molecules which activate immune responses in plants, our knowledge of how plants evolved the ability to sense new threats is limited.”

To address this gap, the team set out to define the key evolutionary events that allowed plants to respond to a common threat – the caterpillar. It was already known that species in a group of legumes – including mung beans and black-eyed peas – are uniquely able to respond to peptides produced from the mouths of caterpillars as they munch through plant leaves. So they looked at the genomes of this group of plants in depth to see whether a common pattern recognition receptor called the Inceptin Receptor (INR) had changed over millions of years, gaining or losing the ability to recognise caterpillars.

To understand how this ancient gene acquired the ability to recognise new peptides from today’s pathogens, the team employed a technique called ancestral sequence reconstruction where they combined information from all modern-day receptor genes to predict the 28-million-year-old original sequence. This ancestral receptor was able to respond to caterpillar peptides. However, a slightly older version with 16 changes in the receptor sequence could not.

This genetic history, together with computer models showing how the ancient and current receptor structures may have differed, provide clues to how the receptor evolved. It suggests that there was a key insertion of a new gene into the ancestral plant’s genome more than 32 million years ago, followed by rapid evolution of diverse forms of the new receptor. One of these forms acquired the ability to respond to caterpillar peptides, and this new capability is now shared in dozens of descendant legume species.

“We have identified the emergence and secondary loss of a key immunity trait over plant evolution,” concludes senior author Adam Steinbrenner, Assistant Professor at the Department of Biology, University of Washington. “In the future, we hope to learn more about genome-level processes that generate new receptor diversity and identify as-yet unknown immune receptors within plant groups. As increasing genomic data becomes available, such approaches will identify ‘missing’ receptors that are useful traits to reintroduce into plants to help protect crops.”