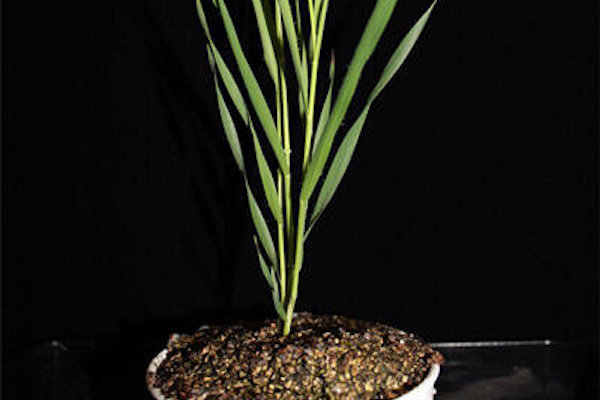 In a discovery important for agriculture and food safety, scientists report the genetic regulation of a model plant’s immune response.

The mechanism of plant defense mediated by the non-expressor of pathogenesis-related (NPR) genes in monocots (plants having a single embryonic leaf) is not well-documented. Now, scientists from Tokyo University of Science have discovered how the NPR family of genes regulate immune responses in the model monocot Brachypodium distachyon. These findings provide a blueprint for plants’ defense systems and might contribute to more research towards resilient crop species, boosting pesticide-free cereal crop cultivation.

Plants can be largely divided into dicotyledonous and monocotyledonous ones. These groups, apart from differing in their embryonic structure, have numerous other distinguishing factors. Which is why, it’s quite possible that their immune responses to certain threats would be different as well.
Immune responses in plants? Leaves you confused?

Well, though their immune systems are structured and function much differently than ours, plants, like humans, do respond to external threat. These immune responses have been studied extensively in dicot models, but lesser so in monocots.

The non-expressor of pathogenesis-related (NPR) family of genes are known to control defensive signaling during a pathogen attack. In Arabidopsis thaliana, a dicot, NPR1 (AtNPR1) serves as a binding site for salicylic acid (SA) and interacts with the TGA group of transcription factors (TFs)-which are responsible for turning genes ‘on’ or ‘off’ as needed. This activates defense genes, such as pathogenesis-related protein 1 (PR-1), which ultimately control the plant’s immunological response.
Does this happen in monocots as well? A research team, led by Prof. Gen-ichiro Arimura from Tokyo University of Science in Japan decided to find out.

They knew that some monocots, like rice and wheat, display a similar NPR1-mediated immune response on facing a pathogen attack. However, the team believed that other monocots may respond differently, and also wanted to investigate other NPRs, such as AtNPR3/AtNPR4, which might have the opposite effect of NPR1. Hence, Prof. Arimura and his colleagues chose to investigate NPR function and immune response in the model monocot Brachypodium distachyon, often known as the southern duckweed.

Their study, which was published in The Plant Journal, explains how NPR genes in B. distachyon regulate TGA-promoted transcription of defense-responsive genes.

The researchers first identified and cloned sequences of monocot B. distachyon‘s NPR genes-BdNPR1, 2, and 3-which were similar to the NPR sequences of other dicot species, including Arabidopsis. On methyl salicylate treatment, the expression of BdNPR2 rose significantly, but not BdNPR1/BdNPR3, indicating its positive role in plant defense response. The researchers also confirmed that one of the BdNPRs (BdNPR2) activated BdTGA-1 in B. distachyon (just like other plants), by observing gene expression and molecular interactions in B. distachyon protoplasts.
These experiments revealed that BdTGA1 and BdNPR2 interacted with each other to upregulate PR-1 expression, thereby cementing the role of NPR2 in B. distachyon‘s immune response.

Was this response mediated by SA? Another pertinent question, which the team answered by creating a created a mutant NPR2 gene. Prof. Arimura points out: “Certain amino acid residues-especially those of arginine (Arg)-are responsible for SA binding in Arabidopsis NPRs. So, our mutant NPR2 was missing a specific arginine residue-Arg468.”

This mutant was less effective than the normal wild-type NPR2 at increasing PR-1 expression, implying that Arg468 was critical for SA binding on NPR2, which, in turn, upregulated PR-1.
Interestingly, their experimental assays also found that BdNPR1 suppressed this upregulation, suggesting its role as an immune inhibitor in B. distachyon.

Prof. Arimura sums it all up for us. “When the plant is in a healthy state, BdNPR1 may stop BdNPR2 from activating BdTGA1, keeping the PR1 gene turned off. But when the plant is attacked by a pathogen, SA levels rise and stimulate BdNRP2 expression, which then cascades, and ‘turns on’ the PR1 gene.”
Surprised by how functionally unique BdNRP2 is, Prof. Arimura explains that the “sequence similarities between NPR2 from B. distachyon and other plants does not affect their functions which are distinctively different for every plant species.”

But how does this genetic research translate into real-life applications?
Many important crops, such as wheat and rice, are monocots. These plants, which are susceptible to microbial pathogens and pests, are treated with pesticides to avoid damage. The pesticides then cause environmental degradation. “This vicious cycle can be broken by understanding monocots’ defense systems, and addressing their susceptibility in a more sustainable way, with pesticide-free cultivation,” says Prof. Arimura, who hopes this research will be used to further plant biotechnology. It puts us one step closer to resolving the global environment and food security issues, allowing us to work towards a more sustainable society. Indeed, a ‘green solution for a green problem’!