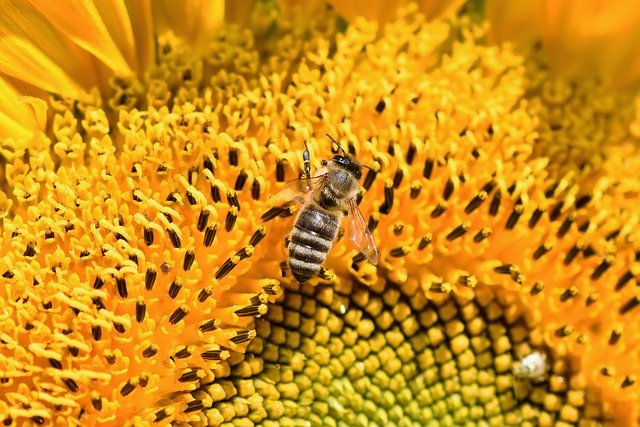 Exploring the surprising breadth of plant viruses that hitchhike on pollen

We rely on pollinators like honeybees to grow a wide array of the world’s crops. But that same reliance may put plants at risk of disease, according to new University of Pittsburgh research.

In the first study to take a broad look at virus hitchhikers on pollen grains, biologists show that a variety of viruses travel on pollen — especially in areas close to agriculture and human development where honeybees dominate.

“Our understanding of viruses on pollen at large was nonexistent before this study,” said Department of Biological Sciences Distinguished Professor Tia-Lynn Ashman in the Kenneth P. Dietrich School of Arts & Sciences. “Most of what we know about plant viruses comes from agricultural species that are obviously sick. We just didn’t really have any idea what was out there.”

Since most prior research focused on just a small handful of viruses, the team didn’t know what to expect on their search, or even whether to expect much at all. “That was one of our questions,” Ashman said. “Do we not know much about these viruses because there aren’t many out there, or we just don’t know how to look at them?”

By sequencing the genetic material present on the pollen grains of 24 plant species across the U.S., the group found signs of many of the plant viruses already shown to travel on pollen — along with six new species, three new variants of known species and the incomplete traces of over 200 more that have never before been identified.

For viruses, the tiny, spiky vehicles for plant genetic material we know as pollen represent a convenient way to travel from host to host. Pollen is also a direct path to a plant’s reproductive organs, the one part of a plant where cells aren’t covered by a hard outer surface. In that way, it’s similar to how viruses invade our own bodies through our less-protected noses and mouths.

Ashman offered another analogy: “Pollinators are essentially the go-betweens for plant sex — since plants can’t get up and move to another plant, they rely on an intermediate,” she said. “So you can relate this to a sexually transmitted disease.”

Driving that point home, the researchers found that pollen produced by plants with more flowers that help them attract pollinators also harbored more kinds of viruses.

The team also saw a wider variety of pollen-borne viruses in areas close to human habitation and agriculture. Ashman suspects one reason for this pattern may be honeybees: Since they visit a wide variety of flowers over a big area, they meet all the criteria to spread viruses. Native pollinators, like the sweat bee pictured above, are far more specialized. It’s a lesson not just for how we perform agriculture, but also for backyard beekeepers.

“Honeybees have superspreader potential,” Ashman said. “People think that doing beekeeping at home is helping pollinators. But when we do an activity like bringing honeybees into the city, we’re bringing everything that comes with them.” Including, perhaps, all the viruses they pick up in their travels.

As for what those viruses are doing — whether they’re harming pollinators and plants or paradoxically helping them — that’s up to future studies to determine. Regardless, the work shows yet another way humans can throw a wrench in the gears when we engineer ecosystems for our own benefit.

“It’s a cautionary story about how when we alter our environment, we’re potentially changing those viral-host interactions,” Ashman said. “All of these things are interconnected.”