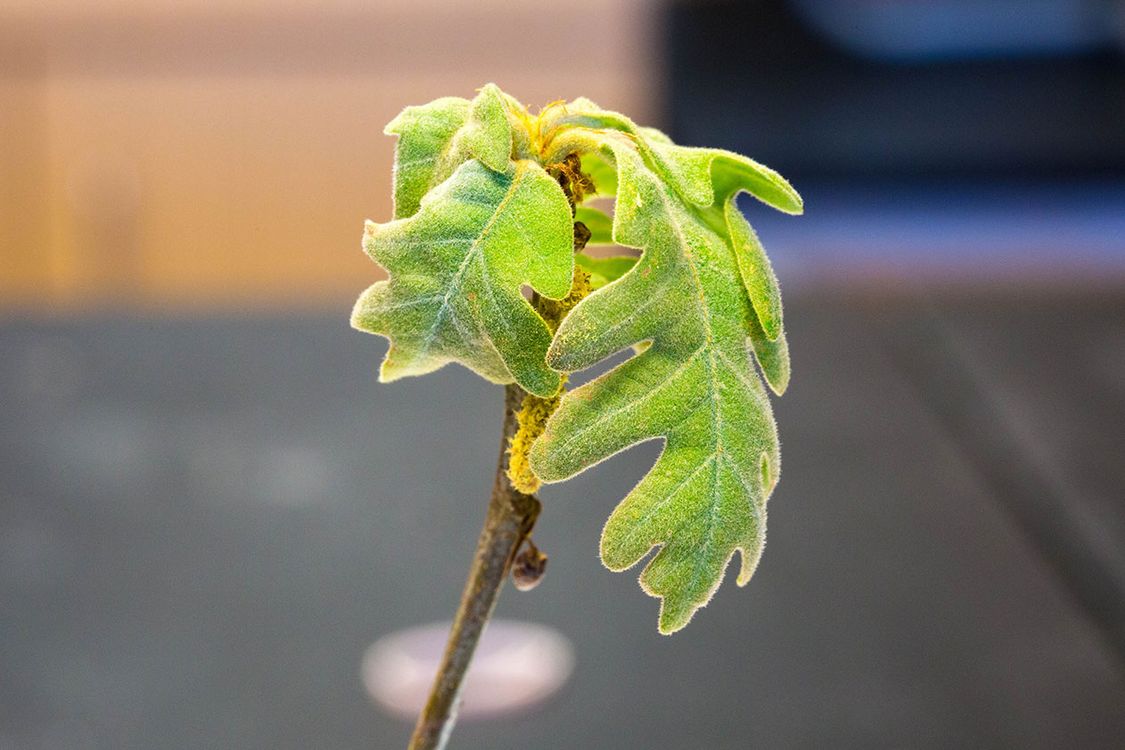 Although climate skeptics might find it hard to believe with this year’s endless snow and freezing temperatures, climate change is making warm, sunny early springs increasingly common. And that affects when trees start to leaf out. But how much? In a study published in Methods in Ecology and Evolution, Simon Joly, biology professor at Université de Montréal and Elizabeth Wolkovich, an ecology professor at University of British Columbia, showed that a plant’s genetics can be used to produce more accurate predictions of when its leaves will burst bud in spring.

“We discovered that when species and individual specimens within a species are very similar genetically, they tend to respond more similarly to environmental signals than those that are genetically dissimilar,” said Joly, who is also a botanical researcher at the Jardin botanique de Montréal.

He came to this conclusion after responding to a call sent out by Elizabeth Wolkovich, a professor at the University of British Columbia who previously taught at Harvard University and studies how trees respond to climate change. She wanted to include genetics, one of Joly’s areas of expertise, in her work to see if it could help better predict budburst.

They chose 10 tree and shrub species that are relatively common in Massachusetts and Quebec, including striped maple, American beech, northern red oak and specific types of honeysuckle, poplar and blueberry. Branches were collected from Harvard Forest in Massachusetts and UdeM’s Station de biologie des Laurentides in January, once the trees and shrubs had been cold long enough for leaves to burst bud—given the right conditions.

“There are three main environmental signals that affect budburst: the length of time they’ve spent in the cold, warm temperatures and hours of daylight,” said Elizabeth Wolkovich, who studies the influence of climate change on trees and other plants. “Once collected, the branches were kept chilled and sent to Harvard’s Arnold Arboretum, where they were then placed in special growth chambers with controlled temperatures and hours of daylight.”

The experiment was carried out with 8- and 12-hour-long days and daytime temperatures of 15 and 20 degrees Celsius.

The experiment showed that a 5-degree increase in temperature causes leaves to burst bud 20 days earlier than average, though the impact on each species can vary considerably. Furthermore, more hours of daylight moved budburst up by about 12 days.

However, these estimates become more accurate once genetic information from the trees and shrubs has been factored in.

Even though it’s still very hard to tell how climate change will affect spring, this study shows that plants react strongly to differences in climate and that their genetics help determine how well they adapt to these changes.

“We’ll certainly consider genetics in future studies. For example, we may look at whether certain individual specimens within a species are better equipped to adapt to climate change and why,” said Wolkovich. “That’s how plant species might be able to adapt to what’s coming. But of course this depends on how extreme the changes to our climate actually are, which remains an open question given current carbon emissions.”

Joly also wonders how the ecosystem as a whole, including the insects that eat leaves, will react to higher temperatures. “Will they react in the same way as trees? These are the extremely complex questions that people are beginning to ask and that we have to study jointly with other researchers from different disciplines.”

Read the paper: Methods in Ecology and Evolution