In Nature Plants: Come together

This post is republished with permission from Nature Plants.

Science is not a solo endeavour but a social one, and the most social part is conference attendance. Regardless of their other strengths and weaknesses, scientific meetings are critical for encouraging researchers early in their careers. 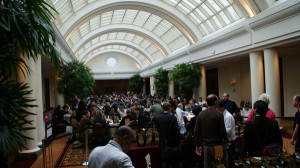 Unquestionably, one of the most enjoyable aspects of being a journal editor is the opportunity to attend conferences. While the average scientist may get to one or two scientific meetings a year, we try to get to many more — and so are in a good position to compare the different styles of meeting, and to try to understand what makes a conference not just good, but great.

Mainly, it is the people who are attending. Meetings are exactly what the name implies: an opportunity to meet colleagues and discuss science. But there are many factors that determine who will attend a conference, and whether they will get to talk constructively while they are there. Location is important. Many scientific conferences are held in places well worth visiting in their own right. Last year’s International Plant Molecular Biology Congress, for example, was held near Iguazú Falls, Brazil; the XIV Cell Wall Meeting was held this year on the Greek island of Crete; and, next year, the Plant Biology 2017 conference of the American Society of Plant Biology (ASPB) will be in Honolulu, Hawaii. However, as much as exotic locations may be a draw for participants, the long and expensive journeys can be a deterrent. 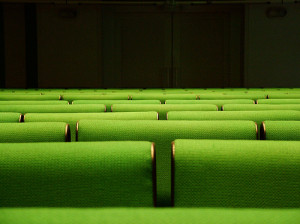 An additional factor is the breadth, or narrowness, of focus of a meeting, which affects both its size and atmosphere. Larger meetings with a broad range of topics guarantee that there will be something of interest to everyone. These can be superb at giving a broad view of the important questions currently being addressed in a field, and usually have presentations by impressive well-known and well-practiced speakers. However, it can be difficult to meet all the people with whom you want to chat without considerable dedication and forward planning.

You often see a reluctance in speakers to present new and unpublished work at larger meetings. For that, smaller meetings come into their own, where a more tightly defined community makes it more appealing to share confidences in a room perceived to be full of ‘friends’. If the location is remote, so much the better, as it forces that community closer together. The summertime masters of such meetings are the Gordon Research Conferences, which are often (though not exclusively) held in out-of-season New England boarding schools — two of which, this year, are the Plant Molecular Biology and Plant & Microbial Cytoskeleton meetings. In the winter, there are the Keystone Symposia, which have the added attraction of afternoons left free for skiing. In fact, the conversations had while trapped on a ski lift can often be the most scientifically productive of the whole event.

More focused meetings will usually give attendees the opportunity to attend every talk, but larger conferences frequently host parallel sessions to allow many more topics to be discussed. Successfully presenting parallel sessions is hard. Ideally the topics covered should overlap so little that every attendee would wish to attend one session, and one session only — a goal never fully achieved, and rarely even approached. Instead, attendees must pick the talks that they most want to see, which are often presented in different sessions, leading to a lot of distracting crowd movement between talks. For sessions to remain synchronized, speakers must keep strictly to their allotted time — again something so difficult to achieve that it rarely, if ever, happens.

At its heart, the main point of a scientific conference is not to visit interesting places, to catch up with old friends, to party with colleagues (although much partying does occur), or even to listen to high-profile scientists lecture on their work. All these are important aspects of a successful conference, but its central function is to bring people together to discuss their own studies. Where this happens most is at the poster sessions — the great equalizer of any scientific conference.. 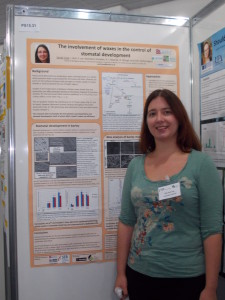 However lofty the professor or junior the student, with a poster everyone can present their work on an equal level, open to the criticism of all. They are the soul of any good conference, but they are the most difficult aspect to organize successfully. Ideally the posters should all be in one place rather than spread out over a number of rooms, to avoid some groups getting ignored. The posters need to be arranged close enough together that when the session is in full swing there is a throng and hubbub of chatter, but not so closely packed that posters are blocked by people reading the next one over. It is also vital that there is enough space to move freely between posters without having to squeeze past huddles of scientists talking with the presenters. Above all, posters must be available for long enough that conference-goers can read all that are relevant to them. Therefore poster rooms need to be open throughout the conference, not just during designated sessions, and all posters should be available for the whole conference, not taken down halfway through to make way for a second batch.

Posters provide some of the first opportunities that early-career scientists have to present their research. It is therefore always good to see conferences enhancing their status in some way. The simplest is the awarding of prizes for the ‘best’ posters, judged as much for the clarity of presentation as for the story being told. Some conferences have started to schedule ‘flash talks’, selecting presenters to give a short description of their work, and serving as an advert for their posters. This commonly takes the format of five-minute presentations with no more than three slides — but ‘slam’ sessions are also possible, where a single minute is allocated to each speaker. A variation of this occurred at the recent ASPB Plant Biology 2016 meeting in Austin, Texas: early-stage researchers were helped to video ‘elevator pitches’ about their work, which can now be seen on the Plantae YouTube channel. It is also encouraging to see that the New Phytologist Trust will again be holding a Next Generation Scientists symposium next year, following on from the successful inaugural meeting in 2014.

The planning, organization and execution of a scientific meeting requires as much skill, enthusiasm and innovation as any other part of the scientific endeavour. After all, a good conference brings scientists together to discuss ideas, initiate collaborations and forge friendships that can last for entire careers, and sometimes longer.