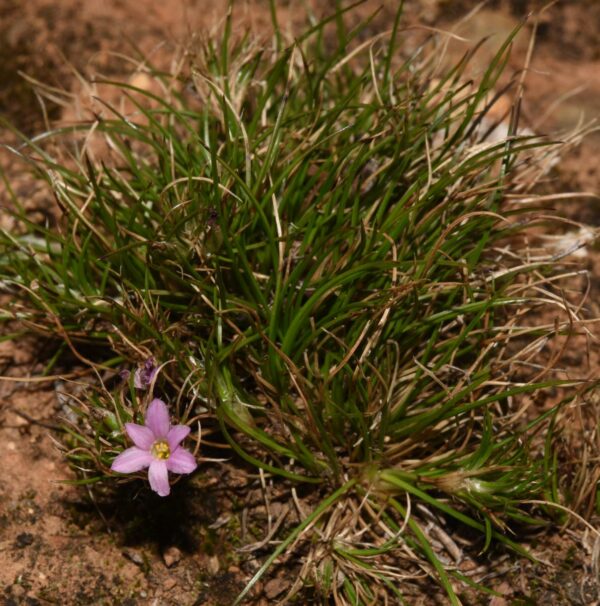 Velloziaceae is a monocot family that is made up of five genera and c. 250 species with a disjunct distribution in Africa mainland, Madagascar, Arabian Peninsula, China and South America. They are recognized as the largest lineage of vascular plants that can tolerate desiccation, hence are resurrection plants.

The family is one of the classical examples of “Taxonomic nightmares” among plants, due to its floral similarities and the huge variability in the morphological features in terms of leaf forms, sizes and life forms among others. Thus, relationship among the members of this family is still unclear.

Researchers at the Flora and Plant Taxonomy in Eastern Africa Research Group of the Wuhan Botanical Garden of the Chinese Academy of Sciences (CAS) analyzed the complete chloroplast genomes of Acanthochlamys bracteatacollected from the Hengduan Mountains, China, and they did both molecular and morphological comparative analysis with two African Xerophytaspecies (Xerophyta spekei and Xerophyta viscosa).

The phylogenetic analysis showed that Acanthochlamys bracteata P.C. Kao is the early diverged species in the family Velloziaceae because it is sister to the rest of the Velloziaceae species.

In terms of morphological and anatomical comparisons, Acanthochlamys is different from the rest of the family (Velloziaceae), with exception of sieve tube plastids. The family Velloziaceae currently is governed by four-character states: persistent leaves, presence of abscission zones, two phloem strands and violet tepals. Despite their geographical occurrences, they fit the classification into similar taxa.