B.B. Singh’s quest to make cowpea the food legume of the 21st century 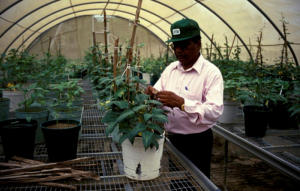 In 1944, the year Bir Bahadur (B.B.) Singh was born in the state of Uttar Pradesh in India, Indian agriculture was in shambles. During nearly 200 years of British rule, the country’s agricultural enterprise had been turned over to commodities such as cotton, indigo, and sugarcane for export; what little food was grown hinged on rainfall and the soil’s natural fertility—or lack of it. Crop yields were often abysmal as a result, and famine was common. So when India won independence from Britain in 1947, the Indian government enacted a sweeping program of nationwide, agricultural education.

That’s why when Singh graduated in 1956 from his village school with good grades and an interest in science, he found himself at one of India’s newly minted agricultural high schools. It was the only nearby school where he could study science, Singh says, as well as the closest high school to his home. Plus, his father wanted him to attend, saying, “Why don’t you study agriculture and see what help you can give to our people,” Singh recalls.

“So I was okay with going to an agricultural high school, and that later became my good luck,” he says. Turns out it also became the good luck of millions of the world’s smallholder farmers.

Today, Singh is among the most revered breeders of legume—or pulse—crops, credited with improving the diets, incomes, and lives of farming families across Africa, Asia, and South America. In the late 1960s and 1970s, for instance, the ASA and CSSA Fellow not only established the first systematic breeding program for soybean in India, but was also pivotal in bringing the novel food to millions of Indian people. Soybean production has since grown in India from just 5,000 tons in 1961 to about 12 million today. Yet this was only the start.

“Of course, B.B. is best known for his work with cowpea,” says Bill Payne, an ASA, CSSA, and SSSA Fellow who was at Texas A&M and CGIAR in Ethiopia before becoming dean of agriculture at the University of Nevada–Reno this winter. “Almost anywhere in the world, you cannot work on cowpea without running into him in some way, fashion, or form.” 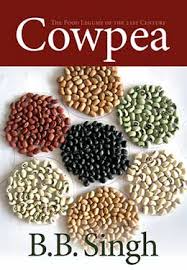 Known also as black-eyed pea, cowpea is a staple crop in many tropical areas, and Singh’s signature achievement is a fast-maturing variety that fits into the rotational niches between wheat, maize, and rice. Due largely to this advance, worldwide cowpea production rose from 1.3 million to 7 million tons between 1981 and 2013—the only food legume to enjoy such an upswing. But the crop scientist, now in the 48th year of his career, isn’t content to stop there.

“I think there’s a very good possibility that we will have a surge in pulse production in the coming decades,” says Singh, who currently splits his time between Texas A&M University and India’s G.B. Pant University. The title of his new book, Cowpea—The Food Legume of the 21st Century asserts the same.

Those who know him don’t doubt it. “He’s just tenacious,” says CSSA President David Baltensperger, also an ASA and CSSA Fellow. He often compares Singh’s success with cowpea to Norman Borlaug’s accomplishments with wheat. “One of the secrets to B.B., like Dr. Borlaug, has been his ability to keep his eye on what he considers to be really powerful fundamentals. That leads to a lot of success over a long career.”

Good decisions… and a little luck

Focus is indeed crucial for a researcher, and other colleagues add that Singh is highly intelligent, full of energy, and a careful listener—as well as supremely dedicated to helping farmers.

“He is an excellent scientist—I mean, he publishes a lot,” says Ken Dashiell of the International Institute of Tropical Agriculture (IITA) in Ibadan, Nigeria, from which Singh retired in 2006. “But he probably spends 98% of his energy on getting the best cowpea varieties for the farmers, and 2% of his energy on publishing.”

What Singh himself says is that he’s been lucky. “At every stage of my life, some good people have come, given me direction, and good things have happened,” he says. The first stroke of luck came when his father pushed him toward an agricultural high school because it helped gain him admission in 1960 to India’s first agricultural university: Uttar Pradesh Agricultural University (now Pant University).

Singh then earned a scholarship in 1963 to do graduate studies in plant breeding at the University of Illinois, where again he made a fateful choice. After learning how much research was already under way to improve cereals, Singh resolved to study legumes to help India’s vegetarian multitudes meet their need for protein. And at the University of Illinois, that meant one option: soybean.

“So, that’s how I decided to work on soybean,” he says, “and it was one of the best decisions that I took in my life.”

Soybean contains roughly twice the protein of other pulses, he explains, and by the time he earned his Ph.D., USAID and the University of Illinois were already trying to bring soybean to countries beset by malnutrition, including India. Meanwhile, the dean of agriculture at Pant University was monitoring Singh’s progress, and in 1968 sent him a “very personal and emotional letter,” Singh says. It offered him—now a postdoc at Cornell—an assistant professorship at Pant that included 50% more salary than what a new assistant professor in India typically earned.

Singh had two competing offers from U.S. universities for substantially higher pay, but he never gave the decision a second thought. Later that year, he returned to India to begin the work that would transform soybean from an agricultural novelty into one of the nation’s principal foods.

He might have stayed at Pant for the rest of his career. But in 1977, a change in university administration led to major campus unrest, including the shooting of several staff. Hoping to get away for a “breathing spell,” Singh began looking for other opportunities and was immediately offered soybean breeding positions by the United Nation’s Food and Agriculture Organization (FAO) in Zambia and by IITA in Nigeria. Opting for IITA because of his interest in research, he intended to stay abroad for just two years, but “then based on my work, they kept me there forever, and I spent my life there,” he says.

They asked something else of him, as well: to work not on soybean, but cowpea.

Continue reading this story in the Oct. 2014 issue of CSA News magazine…

This blog was first published by the American Society of Agronomy 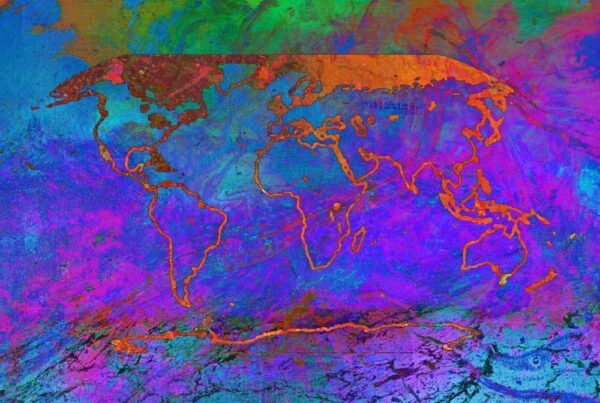