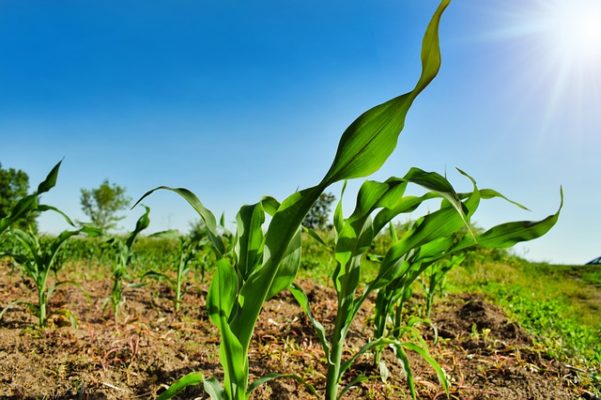 First spotted in the United States in 2014, bacterial leaf streak of corn is an emerging disease of corn that has now spread to ten states, including the top three corn-producing states of Illinois, Iowa, and Nebraska.

“I can remember vividly walking into multiple corn fields in western Nebraska with an extension agent in the summer of 2016. Bacterial leaf streak could be seen in almost every field, and in several of these fields greater than 80% of plants were infected,” said Kirk Broders, a plant pathologist at Colorado State University. “The scale and potential severity of this disease were evident, and it was clear to all involved that day we needed to respond quickly.”

While bacterial leaf streak of corn has been a known threat in South Africa for over 70 years, it is very new to both North and South America.

“The only scientific information pertaining to this disease on maize came from work done in South Africa, which primarily investigated host range on other African crops, such as sugarcane and banana,” Broders explained. “As a result, when the disease was first reported in the U.S. in 2014 and rapidly spread throughout corn-growing regions, the research community was left with very few answers regarding the basic biology of this disease.”

As a result, Broders and his colleagues set out to synthesize all the current research on bacterial leaf streak of corn conducted on behalf of an international group of researchers over the last 5 years in response to the emergence of the disease in North and South America. Published in Phytopathology, their article summarizes the spread of the bacteria from South Africa, how it infects its host, what plant tissues it can infect, and where initial inoculum comes from at the beginning of each crop season.

“The most surprising discovery was finding that the bacteria was also present and widespread in Argentina,” Broders said. “And that the strains of the bacteria in Argentina and the US are carrying a piece of DNA that was likely incorporated from another bacterial pathogen of sorghum through horizontal gene transfer.”

The story of bacterial leaf streak of corn also emphasizes another important point: in an increasingly globalized world, novel plant pathogens can more easily spread and evolve, a fact that underscores the importance of a rapid collaborative response to limit crop loss. Broders hopes that this work will encourage this kind of collaboration and to demonstrate the growing importance of developing global surveillance of plant pathogens.