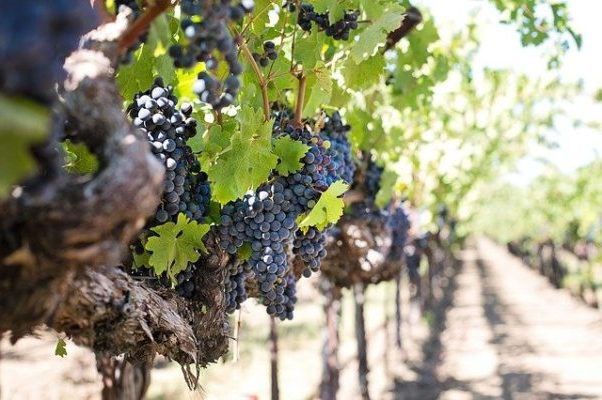 Grapevine is infected by more than 90 viruses, with new viral species discovered yearly as a result of the newer technology introduced by High-Throughput Sequencing (HTS). Within the last decade, HTS is used for virome identification (the assemblage of viral genomes), which in turn helps plant pathologists with future research.

A group of scientists based in France used systematical datamining to gather information on two grapevine trichoviruses, grapevine Pinot gris virus (GPGV) and grapevine berry inner necrosis virus (GINV). They were able to capture new complete viral genomes from around the world. They gathered this information using their own HTS-datasets and by tapping into worldwide HTS databases. This compiled information helped unravel the evolutionary history of these two emerging viruses that display a new threat to viticulture.

Their work showed that GPGV and GINV most likely originated in Asia. GPGV was introduced to Europe in the 1950s or 60s and from there moved onto South and North America during the 1980s and 90s, as a result of increasing amounts of land being devoted to the wine industry. Interestingly, all intercontinental movements of GPGV seems to have occurred before the virus was identified and characterized in Italy in 2012.

They also discovered that while the two viruses were closely related, they also varied greatly in their epidemiological success. They hypothesized that this difference might be the result of successful quarantine and control measures applied upon intercontinental transfer of material in relation to the highly symptomatic GINV, preventing it from spreading, while these same measures have been ineffective for GPGV often displaying heterogeneous symptoms on grapevine.

“This work is the first of its kind, redefining the worldwide evolutionary history of two viruses that infect plants,” said Jean-Michel Hily, the paper’s first author. “While previous work showed some important movements of plant viruses, those were always limited to the continent level, never described at the world scale as presented in our paper.”

Hily also comments on the power of the combination of HTS and other modeling tools. “The program we used gave us some dates of viral movements between countries and continents that correlated impressively well with the history of grapevine around the world.”