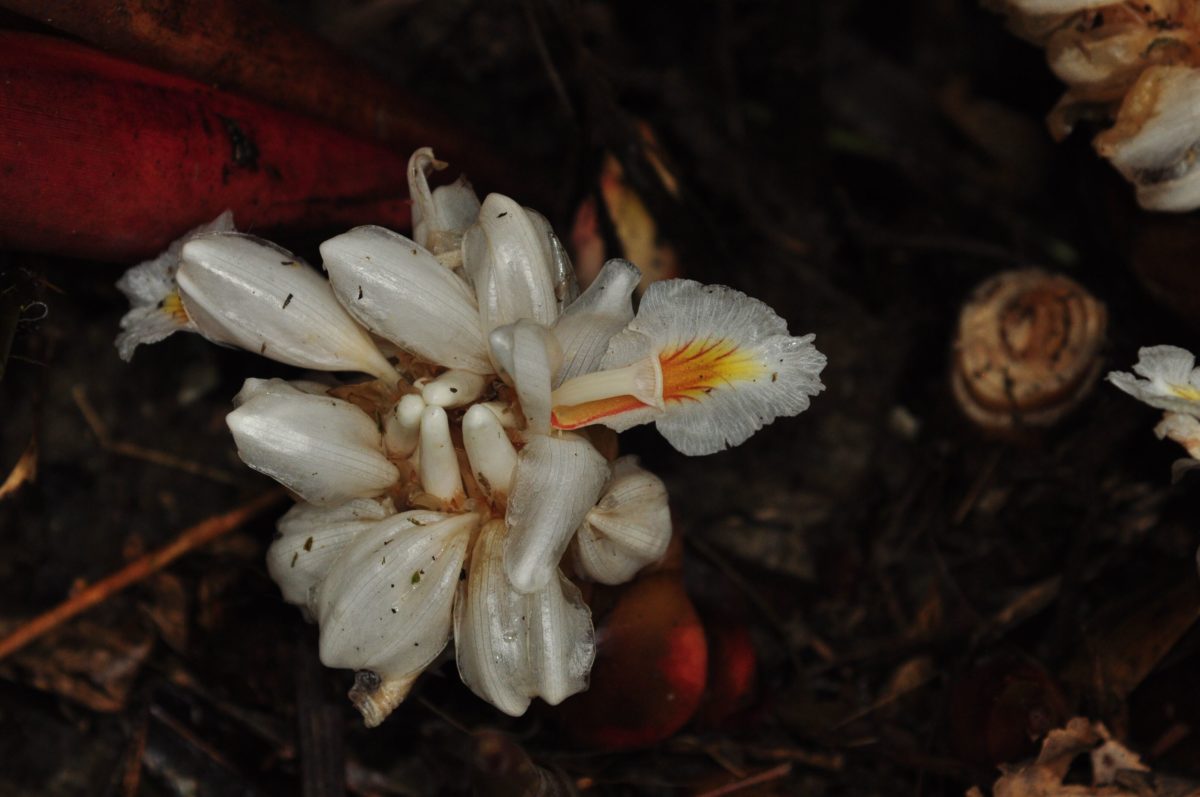 Zingiberaceae, the ginger family of flowering plants, consists of 53 genera and more than 1,377 species. Amomum is the second largest genus in the family Zingiberaceae with about 150–180 species.

Based on detailed examination of the morphological characters of the collected materials and possible closely similar species, the researchers confirmed that the specimens of Amomum were new to science.

Amomum erythranthum is morphologically similar to A. subulatum and A. nimkeyense in having similar yellow flowers, but can be distinguished by its reddish floral tube, red anther connective, red and pubescent fruit.

Amomum erythranthum grows in shaded places at an elevation of 900–1100 m in tropical montane forest. It flowers in April–May.

Amomum ampliflorum is similar to A. maximum, A. dealbatum and A. odontocarpum in white flower, but differs in its longer inflorescence and much larger flower. It grows in shaded places at an elevation of 850–1000 m in tropical montane forest and flowers in April –May.

Amomum pauciflorum is morphologically similar to A. subulatum, but can be distinguished by its bracteoles open to base and not tubular, long calyx tube, long filament, obovate labellum with dentate apex, red anther connective and semi-lunar anther crest with dentate apex.

Wurfbainia microcarpa grows at the forest edge or roadside at an elevation of 500–800 m in tropical rain forests and tropical mountain forests. It has a very large extent of occurrence and is common, with no significant threats and is therefore assessed as Least Concern.