The Nature of Crop Domestication

Why do we eat some plants but not others? What makes a good crop, and how have we transformed these species to suit our own needs?

Around 12,000 years ago, humans began to transition from nomadic hunter-gatherer societies to a more settled agricultural life. We began to selectively breed cereals and other crops to improve desirable traits, such as their yields, taste and seed retention. Today we eat less than 1% of all flowering plant species, relying on a handful of staples for almost all of our calories.

Why do we eat so few plant species? 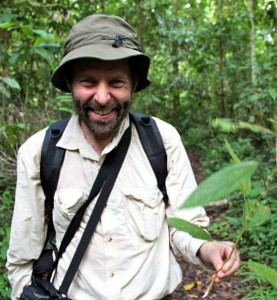 We spoke with Professor John Warren at Aberystwyth University in the UK, who delves into the history of crop domestication in his new book, ‘The Nature of Crops: How We Came to Eat the Plants We Do,’ published on 24th April 2015. He blogs about how we came to eat certain plants over at Pick of the Crop, and said that his book developed from there. “The stories of crop domestication are just so interesting, weird, biologically strange, fun – they just demand to be told,” he enthused.

So why do we eat so few of the edible plants in the world? Based on his research into gene flow and plant breeding systems, Professor Warren presents novel theories in his book: “Previously people have argued that it’s because most plant are poisonous, but I don’t think that holds water. We actively seek out toxic plants as crops; plants with large food stores tend to be well defended with toxins. Instead I argue that it’s plant sexual habits that limit crop domestication. Plants with the usual pollination mechanisms don’t make ideal crops as they will fail to set seed when grown on an agricultural scale. Thus we domesticate things that are wind pollinated or pollinated by common generalist insects.” 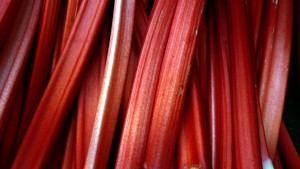 How did our ancestors come to realise that rhubarb leaves are poisonous but the stems make a tasty crumble? Professor Warren says, “Its discovery was an accident and a fairly recent one – but read the book for the full story.” Image credit: Cory Doctorow used under CC BY-SA 2.0.

Professor Warren works at the Institute of Biological, Environmental and Rural Sciences (IBERS) at Aberystwyth University, which houses much of the research into agriculture and the environment that ties into the theme of his book. “Previously it’s been argued that there haven’t really been any new crops in the last 5,000 years. Here in Aberystwyth, we know that ryegrass, clover, elephant grass and others are still in the process of being domesticated, so you don’t need to be an archaeologist to study the process,” he explained. In addition to breeding new varieties of cereals and forage crops for food and feed, the Public Good Plant Breeding group at IBERS are also in the process of breeding Miscanthus, a fast-growing grass species that could be used for sustainable bioenergy in the future.

Resources like the Diversity Seek (DivSeek) initiative, established by the Global Plant Council in association with the Global Crop Diversity Trust, the CGIAR Consortium and the Secretariat of the International Treaty on Plant Genetic Resources for Food and Agriculture, could be used to enable science-driven crop breeding and domestication. DivSeek aims to unlock the genetic diversity that is currently stored in genebanks around the world by using cutting edge sequencing, phenotyping and ‘big data’ technologies. The genetic variation that is identified can then be used as the basis for breeding programs and could assist in the domestication of novel crops.

The future of agriculture 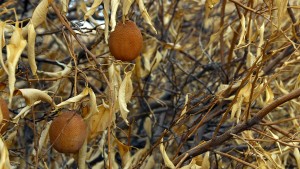 Drought damage in California, 2014. Image credit: US Department of Agriculture used under CC BY 2.0.

The crops we eat today were domesticated in highly fertile conditions; this means they are nutritious but tend to demand a high input of fertilizers and water. Professor Warren argues that we can use modern science to develop more sustainable ways to feed the global population: “It’s important that we start to think outside the box and try and domesticate a whole range of new crops that are more sustainable and less demanding of agricultural inputs.” An important source of future crop species could be stress-tolerant plants living in difficult environments: “I think the crops of the future could still be waiting to be domesticated from plants growing in harsh conditions,” explained Professor Warren.

Professor Warren also discussed how we could use underutilized crops in new ways to make agriculture more sustainable in the future: “I think and hope that we will eat more species, and that we will grow many more of these as perennials in poly-culture systems. That makes ecological sense in terms of niche exploitation and yield sustainability. It also makes more genetic sense in terms of resistance to pests and diseases.” The only downside, he said, is that these systems are so different to what we have now that we will need innovative research to develop them. 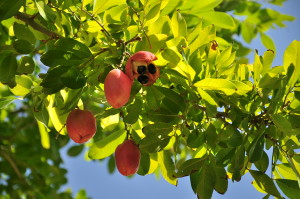 The akee is the national fruit of Jamaica. Image credit: Loren Sztajler, used under CC BY-ND 2.0.

John is a plant ecologist at Aberystwyth University, UK, with research interests in the origin and maintenance of diversity and enhancement of conservation value, particularly within agricultural ecosystems. He is the Director of Teaching and Learning and a Professor of Botany in the Institute of Biological, Environmental and Rural Sciences. John says the strangest plant he’s ever eaten is the akee, a plant beloved of Jamaicans that looks and tastes a bit like scrambled eggs but which is delicious with saltfish.

What do you think will be the most important crops of tomorrow, and which underutilized plants will become dietary staples in an effort to feed the world more sustainably?