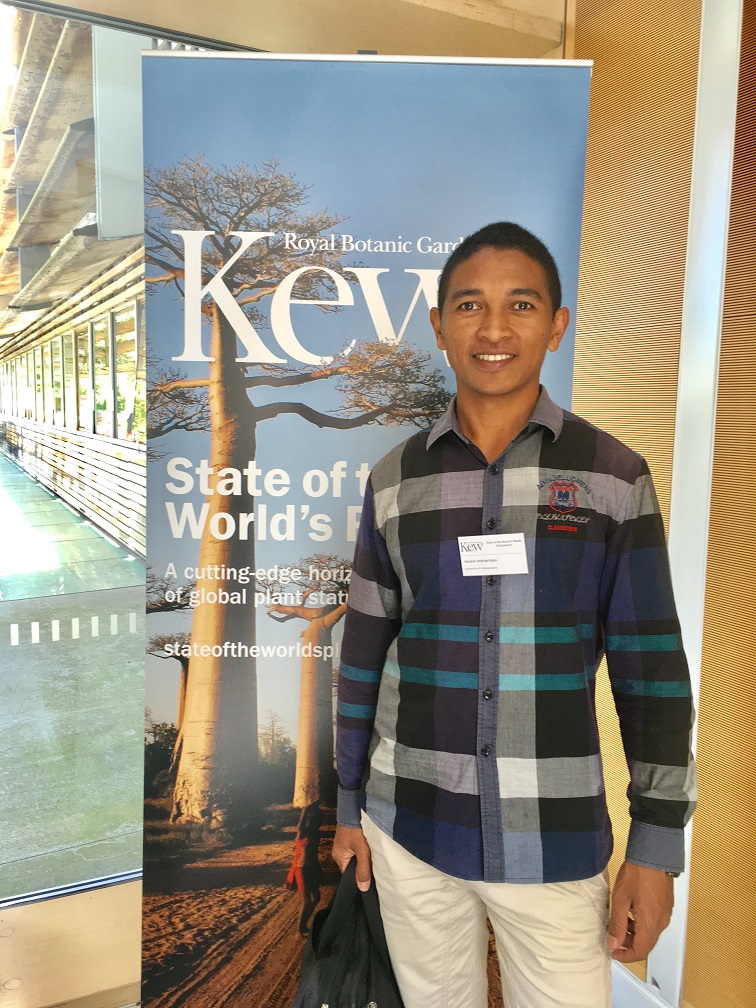 This week’s post was written by Harison Andriambelo, a PhD student at the University of Antananarivo, Madagascar. Harison was the awardee of the Early Career Researcher travel bursary from the Society for Experimental Biology in association with the Global Plant Council, enabling him to attend the State of the World’s Plants Symposium at the Royal Botanic Gardens, Kew. Here’s how he got on!

Attending the State of the World’s Plants Symposium 2017 at the Royal Botanic Gardens, Kew, was a fantastic opportunity for me to get a detailed insight into many aspects of plant conservation, including the latest emerging research. Scientists from all over the world attended the symposium and shared results from several ecoregions, including tropical, boreal, and temperate biomes. It was also great to visit the Gardens, which were looking amazing in the British summertime.

As a botanist from Madagascar, I found the focus session on conservation in my country particularly useful, and I really enjoyed the talks by Pete Lowry and George Schatz, both from Missouri Botanic Garden.

Other sessions in the conference highlighted important issues including fires and invasive species. We heard that fire is not always bad for plants, especially in savannah systems, where plant diversity is maintained by the fire regime. I believe better scientific communication to the public is urgently needed on this issue. 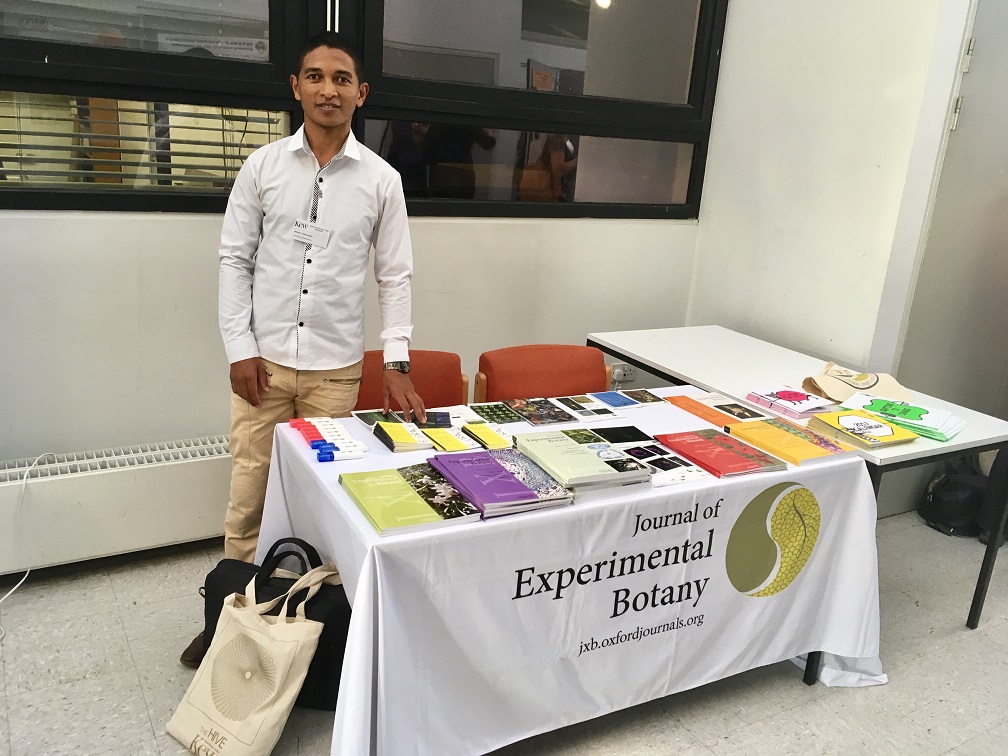 Another great session concerned invasive species. I have worked across all the biomes in Madagascar, from humid forests to the dry spiny forest, and I have seen first-hand the effects invasive plants can have. A detailed assessment of invasive plant species in wetlands and in the western dry forests of Madagascar made me more aware of the potential impacts of these species. By attending this symposium, I learned about several programs and efforts by the Invasive Species Specialist Group and will spread information about invasive species management to colleagues once I return to Madagascar.

For me, the highlight of the session on medicinal plants was a talk by the President of Mauritius. It was inspirational to see that scientists can even become a head of state. Such leadership offers great promise for addressing environmental issues at national scale. I am certain that having an ecologist as President in Madagascar would allow much greater progress on conservation issues in my home country, which has many highly threatened endemic species. Scientists can bring their understanding and ability to analyze complex systems to bear on policy. Good leaders can take a long-term holistic view and accord the appropriate priority to the environment in national plans for development. 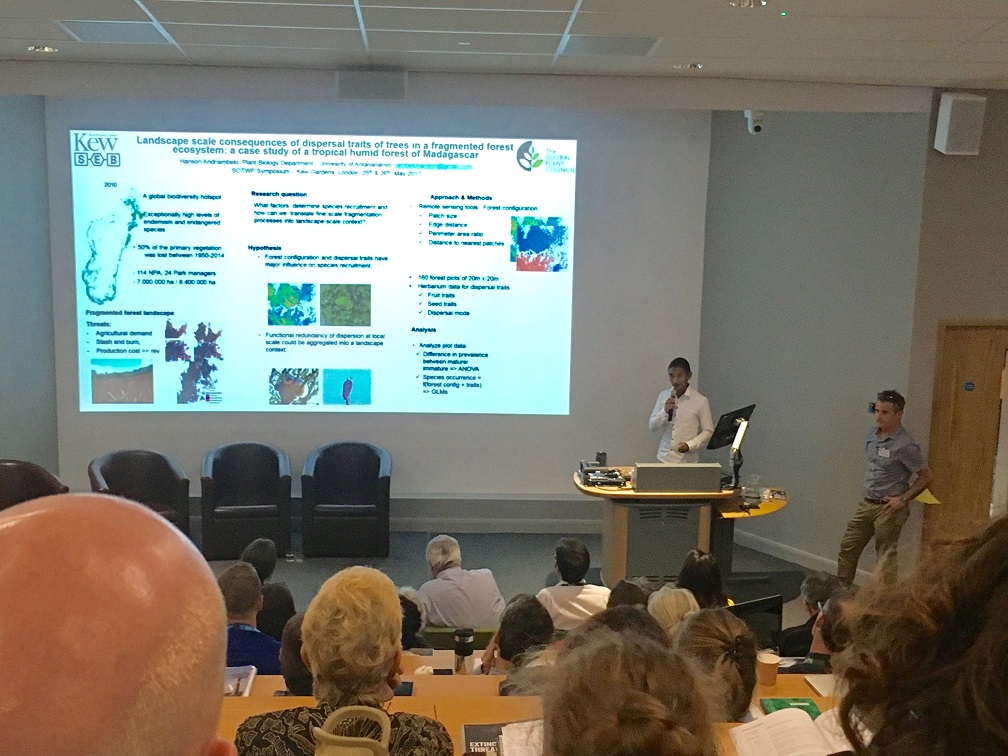 This symposium allowed me to present some results of my research activities in Madagascar and get feedback from an international group of scientists. A deep discussion with people working at RBG Kew about how to scale information on tree dispersal processes from the plot to landscape scales was very valuable. As they know the Madagascan context, they were very interested in my results and a possible collaboration is on its way.

Finally, this trip to London allowed me to spend more time with my colleague Dr Peter Long at the University of Oxford and to make good progress for my scientific research activities. I am very grateful to the Society for Experimental Biology for supporting my travel to the UK to participate in this meeting.

This week’s post was written by Caroline Wood, a PhD candidate at the University of Sheffield.

When it comes to crop diseases, insects, viruses, and fungi may get the media limelight but in certain regions it is actually other plants which are a farmer’s greatest enemy. In sub-Saharan Africa, one weed in particular – Striga hermonthica – is an almost unstoppable scourge and one of the main limiting factors for food security.

Striga is a parasitic plant; it attaches to and feeds off a host plant. For most of us, parasitic plants are simply harmless curiosities. Over 4,000 plants are known to have adopted a parasitic mode of life, including the seasonal favorite mistletoe (a stem parasite of conifers) and Rafflesia arnoldii, nicknamed the “corpse flower” for its huge, smelly blooms. Although the latter produces the world’s largest flower, it has no true roots – only thread-like structures that infect tropical vines.

When parasitic plants infect food crops, they can turn very nasty indeed. Striga hermonthica is particularly notorious because it infects almost every cereal crop, including rice, maize, and sorghum. Striga is a hemiparasite, meaning that it mainly withdraws water from the host (parasitic plants can also be holoparasites, which withdraw both water and carbon sugars from the host). However, Striga also causes a severe stunting effect on the host crop (see Figure 1), reducing their  yield to practically nothing. Little wonder then, that the common name for Striga is ‘witchweed’. 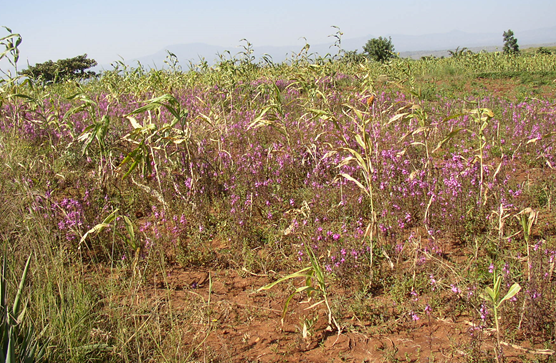 Several features of the Striga lifecycle make it especially difficult to control. The seeds can remain dormant for decades and only germinate in response to signals produced by the host root (called strigolactones) (Figure 2). Once farmland becomes infested with Striga seed, it becomes virtually useless for crop production. Germination and attachment takes place underground, so the farmer can’t tell if the land is infected until the parasite sends up shoots (with ironically beautiful purple flowers). Some chemical treatments can be effective but these remain too expensive for the subsistence farmers who are mostly affected by the weed. Many resort to simply pulling the shoots out as they appear; a time-consuming and labor-intensive process. It is estimated that Striga spp. cause crop losses of around US $10 billion each year [1].

Certain crop cultivars and their wild relatives show natural resistance to Striga. Here at the University of Sheffield, our lab group (headed by Professor Julie Scholes) is working to identify resistance genes in rice and maize, with the eventual aim of breeding these into high-yielding cultivars. To do this, we grow the host plants in rhizotrons (root observation chambers) which allow us to observe the process of Striga attachment and infection (see Figure 3). Already this has been successful in identifying rice cultivars that have broad-spectrum resistance to Striga, and which are now being used by farmers across Africa. 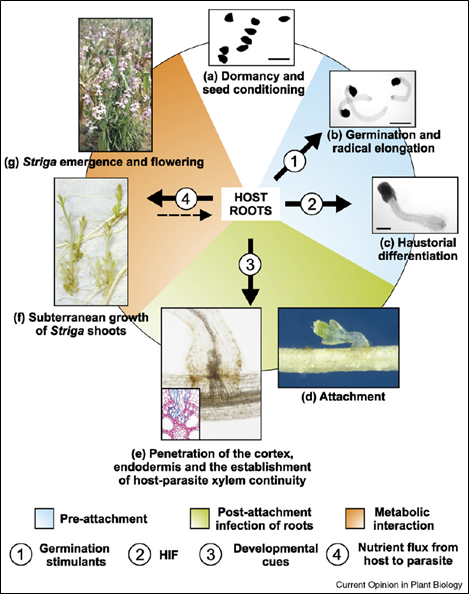 Figure 2: Life cycle of Striga spp. A single plant produces up to 100,000 seeds, which can remain viable in the soil for 20 years. Following a warm, moist conditioning phase, parasite seeds become responsive to chemical cues produced by the roots of suitable hosts, which cause them to germinate and attach to the host root. The parasite then develops a haustorium: an absorptive organ which penetrates the root and connects to the xylem vessels in the host’s vascular system. This fuels the development of the Striga shoots, which eventually emerge above ground and flower. Figure from [2].

But many fundamental aspects of the infection process remain almost a complete mystery, particularly how the parasite overcomes the host’s intrinsic defense systems. It is possible that Striga deliberately triggers certain host signaling pathways; a strategy used by other root pathogens such as the fungus Fusarium oxysporum. This is the focus of my project: to identify the key defense pathways that determine the level of host resistance to Striga. It would be very difficult to investigate this in crop plants, which typically have incredibly large genomes, so my model organism is Arabidopsis thaliana, the workhorse of the plant science world, whose genome has been fully sequenced and mapped. Arabidopsis cannot be infected by Striga hermonthica but it is susceptible to the related species, Striga gesnerioides, which normally infects cowpea.  I am currently working through a range of different Arabidopsis mutants, each affected in a certain defense pathway, to test whether these have an altered resistance to the parasite.  Once I have an idea of which plant defense hormones may be involved (such as salicylic acid or jasmonic acid), I plant to test the expression of candidate genes to decipher what is happening at the molecular level. 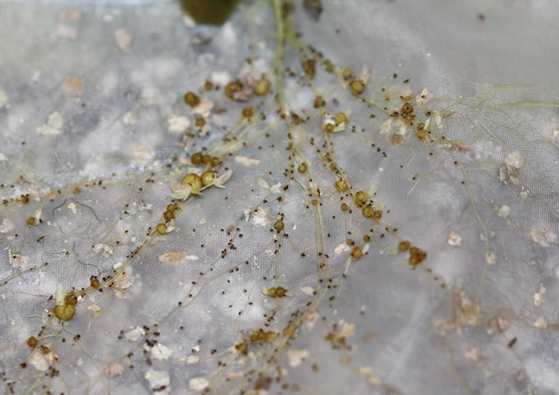 Figure 3: One of my Arabidopsis plants growing in a rhizotron. Preconditioned Striga seeds were applied to the roots three weeks ago with a paintbrush. Those that successfully attached and infected the host have now developed into haustoria. The number of haustoria indicates the level of resistance in the host. Image credit: Caroline Wood.

It’s early days yet, but I am excited by the prospect of shedding light on how these devastating weeds are so effective in breaking into their hosts. Ultimately this could lead to new ways of ‘priming’ host plants so that they are armed and ready when Striga attacks. It’s an ambitious challenge, and one that will certainly keep me going for the remaining two years of my PhD!

You can follow my journey by reading my blog and keeping up with me on Twitter (@sciencedestiny). 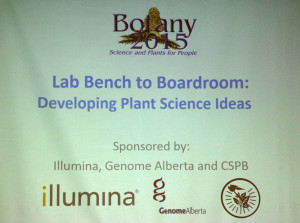 From Lab Bench to Boardroom workshop at Botany 2015

This blog post was written by Amanda Gregoris and R. Glen Uhrig who organized a workshop entitled “Lab Bench to Boardroom” at the Botany 2015 meeting in Edmonton, Alberta, Canada.

Workshops such as Lab Bench to Boardroom are of central importance given the limited availability of academic positions. In light of this fact, students and post-doctoral fellows alike need to consider career options outside of academia prior to completion of their degrees, contracts or fellowships. It is imperative that early career researchers invest time to maximize long-term career outcomes. Workshops like ours and others assist in this by developing a thorough understanding of the non-academic opportunities available.

If you are an early career researcher looking to move away from academia, some industry positions for graduates and post-doctoral fellows may include:

Notice that these opportunities are not only based at the lab bench, but can be in more managerial or consulting positions. Your experiences as a researcher have given you highly valued skills, so don’t limit your options! Of course, industry is not the only option, and other opportunities may include working in a government lab, public policy, science writing, herbarium curation or patent agent.

The question of whether enough is being done to inform graduate students and post-doctoral fellows of alternative, non-academic career paths is one often asked, and is one that varies by institution. In our experience, universities have taken a largely standard approach, offering lectures by professionals from industry, as well as informal social gatherings aimed at connecting students to industry. Although these are good opportunities, they represent just the tip of the iceberg in terms of what could be done to inspire entrepreneurship amongst the upcoming generation of plant scientists, and better assist them with the transition from an academic focus to an industry focus.

Workshop concepts similar to Lab Bench to Boardroom could be developed at the departmental level, or by university career centers, to allow graduate students and post-doctoral fellows to gain an elevated understanding of non-academic career opportunities. Some universities have made great strides in this area, creating internship resources for current graduate students in the areas of biotechnology and public policy. Along these lines, university career centers will usually have databases of current job postings that can assist students in the search for life after grad school.

In the end, it is imperative that universities, governments and industry continue to work to develop strategies that assist graduate students and post-doctoral fellows in the transition from academics to successful non-academic careers. This can be accomplished either individually, or through partnerships between these groups. We believe that developing these strategies is undoubtedly essential to the sustainable development of new ideas and technologies in the plant sciences that will be required to address the current and future needs of society.

Amanda Gregoris is a Ph.D. candidate in the Department of Biological Sciences at the University of Alberta, Canada and Dr. R. Glen Uhrig is a post-doctoral fellow at the ETH Zurich, Switzerland. Both are members of the Canadian Society of Plant Biologists. 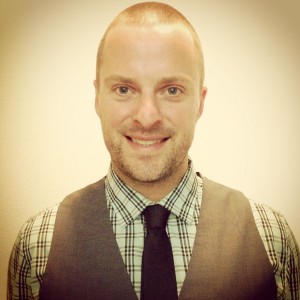 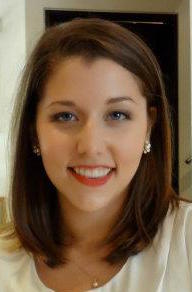