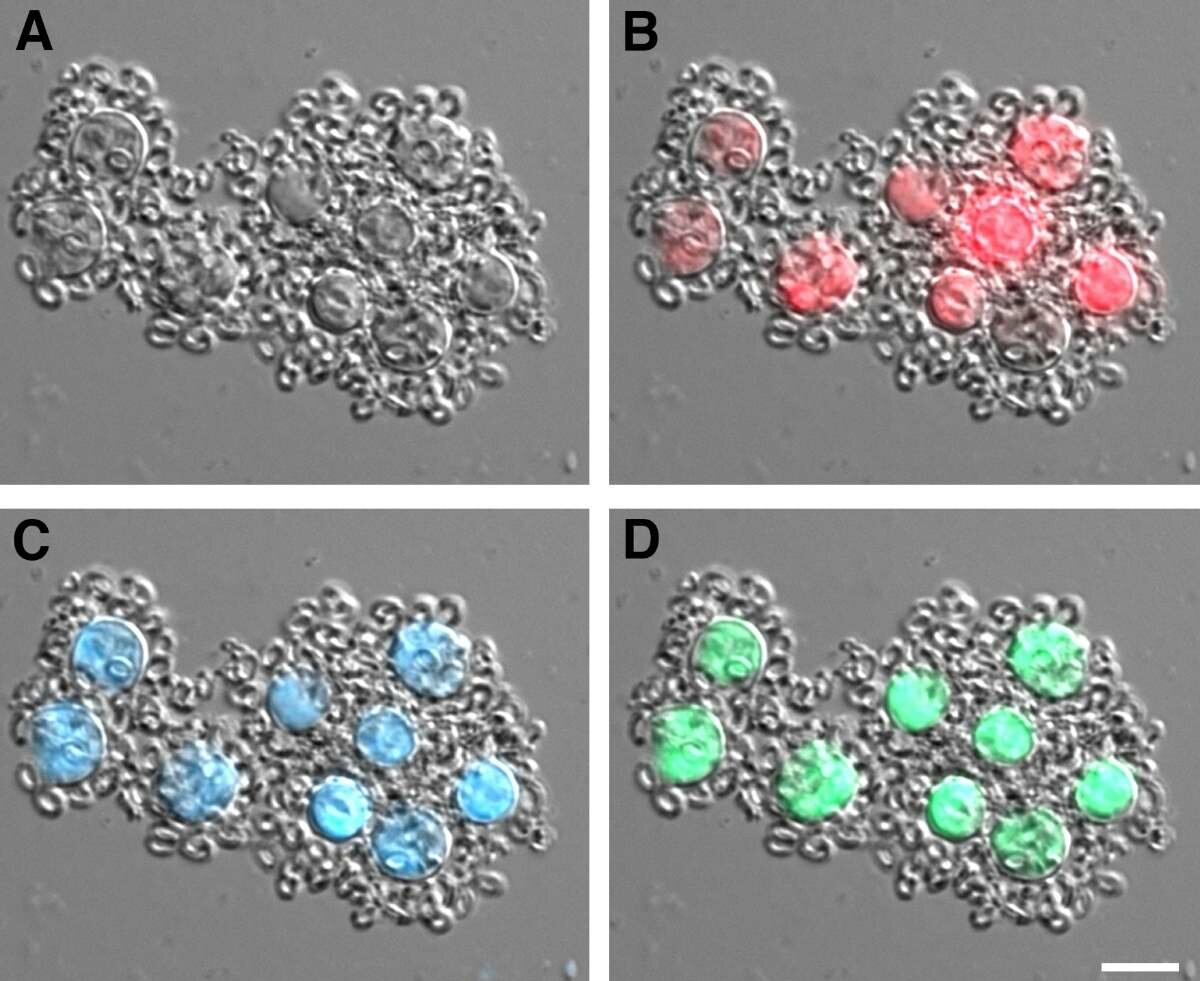 A new study by UAlberta biologists shows the first evidence of apoptosis, or programmed cell death in algae. The outcomes have broad-reaching implications, from the development of targeted antibiotics to the production of biofuels in industry.

“It sounds odd, but programmed cell death is important to all large organisms. For any cells to differentiate, they have to be able to kill cells. For example, if you injure yourself, your scab is formed with these killed-off cells,” explained Rebecca Case, associate professor in UAlberta ’s Department of Biological Sciences. “Here at the single-cell level, we’ve found that small molecules are passed from bacteria into the host algae. By doing that, the bacteria are able to tell the algae to kill itself.”

Until now, programmed cell death, also known as apoptosis, was thought to only occur in large, multicellular organisms such as animals and humans. This research shows that bacteria that live on single-cellular algae can cause programmed cell death. “It is the first documentation of true apoptosis via bacterial pathogens in microorganisms like algae,” said Case, who conducted the work with PhD graduate Anna Bramucci.

One potential application of this research is in drug discovery and development. Unlike traditional antibiotics, which kill all bacteria, this research can be applied to develop drugs with a more fine-tuned approach, turning individual bacteria or cells on and off. Previously Case and colleagues have used this approach to find antibiotics that are effective at concentrations up to 1,000 times lower than traditional antibiotics.

“In interactions like these that occur in close proximity you can find molecules that are effective in very small concentrations,” said Case. “Going forward, that’s what we want—really potent molecules.”

Another area of interest is in natural fuels derived from living matter, called biofuels. “Algae can also be used to create lipids for biofuels,” explained Case. “If we can better understand their life cycles, we can find ways to keep them alive for longer, to produce more fuel for industry.”