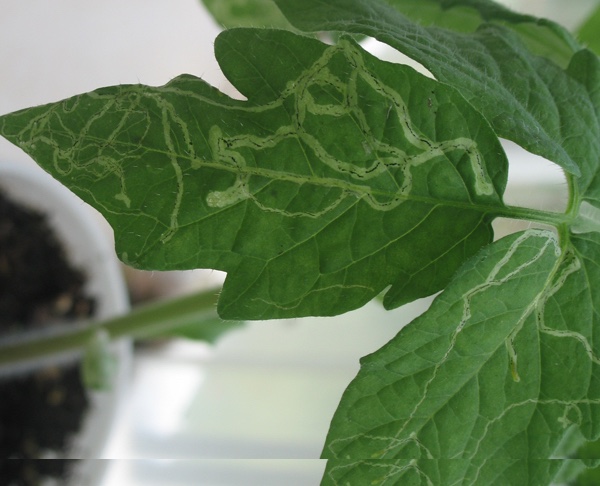 CABI has led an international team of Non-Native Species (NNS) specialists who have compiled a list of recommendations to improve the way in which the impact of a range of invasive pests – such as the tomato leaf miner Tuta absoluta – are assessed, potentially helping towards ensuring greater global food security.

Lead authors Dr Pablo González-Moreno and Dr Marc Kenis, Senior Researchers at CABI are two of 89 NNS experts from around the world who have collaborated on the paper, published in NeoBiota, that calls for ‘more robust and user-friendly’ impact assessment protocols to predict the impacts of new or likely invaders as well as to assess the actual impact of established species.

The manuscript is the outcome of an enormous collective effort using 11 different protocols to assess the potential impact of 57 NNS to Europe yielding a total of 2614 separate assessments. This unique dataset has allowed the authors to identify which are the main factors increasing the robustness of protocols and provide recommendations on how the robustness and applicability of protocols could be enhanced for assessing NNS impacts.

As reported in the study, entitled ‘Consistency of impact assessment protocols for Non-Native Species’, Dr González-Moreno and fellow scientists – from 80 institutions including the UK-based Centre for Ecology & Hydrology (CEH), University of Milan, University of Bern and Queens University Belfast – argue that ‘assessment of the realised or potential impacts of NNS is particularly important for the prioritization of management actions.’

Millions of the world’s most vulnerable people face problems with invasive weeds, insects and plant diseases, which are out of control and have a major impact on global prosperity, communities and the environment. Developing countries are disproportionately affected.

The global cost of the world’s 1.2 million invasive species is estimated at $1.4 trillion per year – close to 5 percent of global gross domestic product. In East Africa, five major invasive species alone cause $1 billion in economic losses to smallholder farmers each year.

The scientists believe that, currently, the large variety of metrics adopted to measure the impacts of invasive species undermines direct comparison of impacts across species, groups of taxa, localities or regions. They go on to argue that in general we have ‘little understanding of the patterns in consistency of impact scores across assessors and protocols, and more importantly, which factors contribute to high levels of consistency.’

Dr González-Moreno said, “There is an increasing demand for robust and user-friendly impact assessment protocols to be used by professionals with different levels of expertise and knowledge.

“Robust NNS impact protocols should ideally result in accurate and consistent impact scores for a species even if applied by different assessors, as long as they have the adequate expertise in the assessed species and context.

“Several key factors should be taken into account when selecting or designing an NNS risk assessment protocol, such as the aim, the scope, the consistency and the accuracy of the outcomes, and the resources available to perform the assessment – for example time or information available.”

In compiling a list of recommendations for improved NNS impact protocols, Dr González-Moreno and the team of researchers used 11 different protocols to assess the potential impact of 57 species not native to Europe and belonging to a very large array of taxonomic groups (plants, animals, pathogens) from terrestrial to freshwater and marine environments.

They agree that using a ‘5-level scoring, maximum aggregation method and the moderation of expertise requirements’ offers a good compromise to reducing inconsistencies in research findings without losing discriminatory power or usability.

Dr González-Moreno added, “In general, we also advise protocol developers to perform sensibility tests of consistency before final release or adoption. This is crucial as if a protocol yields inconsistent outcomes when used by different assessors, then it is likely that decisions taken based on the results could be variable and disproportionate to the actual impacts.”