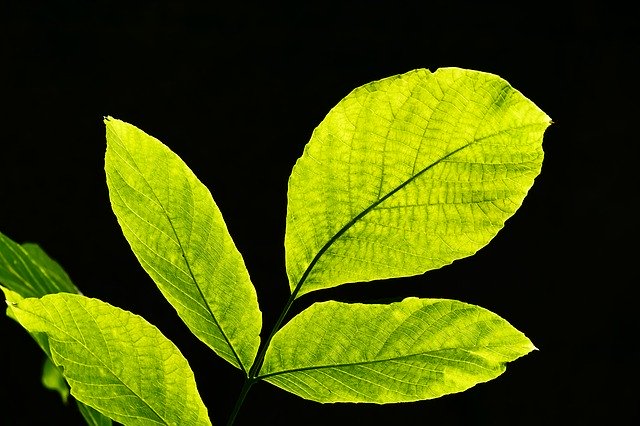 Phytochrome foci have different behaviors at different temperatures and types of light.

A protein called phytochrome B, which can sense light and temperature, triggers plant growth and controls flowering time. How it does so is not fully understood.

In a paper published in Nature Communications, a group of cell biologists led by Meng Chen, a professor of botany and plant sciences at the University of California, Riverside, reveal the phytochrome B molecule has unexpected dynamics activated by temperature, and behaves differently depending on the temperature and type of light.

As climate change warms the world, crop growth patterns and flowering times will change. A better understanding of how phytochromes regulate the seasonal rhythms of plant growth will help scientists develop crops for optimal growth under the Earth’s new climate and might even shed light on cancer in animals.

In shade phytochromes are less active, absorbing red. This “off” form releases the inhibition of stem growth, so plants grow taller in shade to compete with other plants for more sunlight.

Changes in light alter the size and number of all foci. Chen’s group has now shown temperature alters individual foci.

His group examined the behavior of cells exposed to different temperature and light conditions from the leaves and stems of Arabidopsis thaliana, a plant used as a standard model in botany science. The goal was to monitor how photobodies change in response to temperature.

The current understanding is that phytochromes form photobodies only in the “on” state.

Chen and co-authors Joseph Hahm, Keunhwa Kim, and Yongjian Qiu, members of Chen’s research group at UC Riverside, expected increasing the temperature would have a similar effect to shade — it would switch the phytochromes “off.” They thought the photobodies would disappear, as in shade.

The results were completely unexpected.

“We found that a subset of thermostable photobodies can persist even in warm temperatures,” Chen said. “The rest of the foci would disappear at each stage of lower temperature. Before we thought all the foci were the same, but now we know they are all different.”

The study also showed phytochrome B reacts to temperature from two different locations on the molecule. The first part senses temperature; the second part forms foci. Foci formed by this second location are insensitive to temperature. This shows light and temperature are sensed by the same part of the molecule but result in different behaviors.

“Photobodies are large, dynamic protein complexes. Our results suggest that each of them could have a different composition,” Chen said. “What we think is that the unique composition of individual photobodies make them react to temperature differently. Future studies on understanding the unique features of each photobody will likely uncover the underlying mechanisms of temperature sensing and the regulation of temperature-responsive gene expression in plants.”

In addition to helping develop plants that will thrive in a warming world, this work could help scientists learn more about cancer in animals. Proteins in animal cells also form foci related in some way to cancer, but their role in gene expression and regulation is unknown.