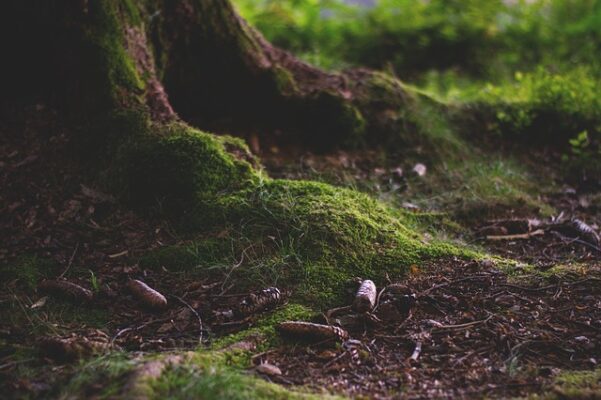 A length of steel pipe and a heart monitor are the unlikely tools underpinning new research which suggests that trees may work together to form resource-sharing networks, helping the group collectively overcome environmental challenges.

The findings, laid out in a paper published today in Communications Biology, offer fresh insight into how forests around the world might adapt to the increasing environmental stresses of climate change.

Researchers from universities in the UK, Germany, France and Mexico partnered on the project, which investigated how mangrove trees form networks of root grafts in a Mexican coastal lagoon.

Root grafts are physical connections between tree roots which can allow them to exchange water, carbon and mineral nutrients. Trees with less access to sunlight have been shown in previous studies to survive by sharing resources supplied from root grafts with better positioned neighbouring trees. Very little research has been conducted into resource-sharing in more extensive networks, however, because mapping root grafts between trees requires costly, time-consuming and difficult excavation work.

The research team set out to gain a broader understanding of how root grafts are formed in larger networks of trees in resource-challenged environments. To do so, they studied black mangrove trees, a coastal species which plants shallow roots in soft underwater sediments, in the La Mancha lagoon, in the Veracruz region of Mexico.

For most of the year, the lagoon is separated from the salty waters of the Gulf of Mexico by a sandbar which closes off a narrow inlet between the two bodies of water. However, during spring, fresh water runoff eventually overcomes the sandbar, bursting it open within one day and seawater from the Gulf floods into the lagoon. The Gulf waters add salt to the freshwater lagoon, doubling or sometimes even tripling the salinity of the sediments during the dry season – lasting several months each year-.

The shifting cycle of salinity makes it more difficult for the mangrove trees to consistently draw water and nutrients they need to survive from the earth. The researchers hypothesised that this salt stress could spur mangrove trees into forming root grafts across groups of trees, known as stands. Active root grafts could allow stands to spread resources across a network of separate trees to help keep each one alive, but even non-functional grafts could help to make the group more stable against tides and high winds, providing a yet uncalculated contribution to forest resilience when it comes down to coastal protection services.

Dr Alejandra Vovides, of the University of Glasgow’s School of Geographical and Earth Sciences, is one of the authors of the Communications Biology paper. Dr Vovides was able to map out the roots of A. germinans, one type of mangrove tree found in the lagoon.

Dr Vovides said: “Mangrove trees make good candidates for mapping root grafts because their roots are shallow – you can reach into the sediment and follow them with your hands excavating locally. We initially started off our work that way, but when the forest became unexpectedly flooded due to an early closure of the sand bar, we ended up having to improvise a solution to keep our heads above water. We used a length of metal pipe to strike through the sediment and gently tap the roots. Then, we bought a doppler ultrasound monitor from a local store and attached to the stems of the trees to amplify the taps, helping us work out which tree each root belonged to. It was low-tech, but it worked!”

Their unusual method allowed them to painstakingly trace the root graft networks of A. germinans stands across eight different 900-square-metre sites around the lagoon. In addition to tracing the connections between trees, they also measured each tree’s height and the diameter of their stems, and the salinity levels of the water.

Detailed analysis of the ratios between the trees’ stems and heights, the differences in slenderness between trees which had root grafts and those which did not, and the salinity of their environments provided the researchers with a wealth of new information.

They found that more than three-quarters of the tallest trees had root grafts, and that grafted trees were generally taller than non-grafted trees. In the higher-stress environments of salty water, the trees were more likely to form root grafts with other trees, but in smaller groups than in less stressed environments. The researchers suggest in their paper that larger groups were less likely to form in higher-stress environments to ensure that the smaller group had sufficient resources to survive through their root graft network.

Dr Vovides said: “Around 200 species of trees around the world are known to form root grafts, but the processes and circumstances under which the grafts happen are not well understood. The evidence we’ve collected strongly suggests that the more dominant mangrove trees do indeed provide resources to help smaller trees prosper, which challenges some of the established theories of evolutionary biology. It’s less about ‘survival of the fittest’ and more about the mutual gains of existing in a network.

“One intriguing aspect of our findings is that they align with theoretical models of both natural system evolution and human societies on the cost benefits of co-operation. From those models, we’d expect to see small networks creating more stable gains than larger groups, and that’s just what we’ve seen here.

“The non-invasive method we used to map the mangrove trees’ root grafts makes it impossible for us to know for sure that the grafts were actively sharing resources, but the findings suggest that there is indeed some underlying mechanism which regulates optimal group size. Further research to learn more about exactly what is going on in the roots could teach us a great deal about how forest stands co-operate, not just in mangroves but in all 200 species of trees which we know are capable of root grafting.”

The research project brings together colleagues from the Dresden University of Technology in Germany, the University of Glasgow, University of Montpellier in France, and the Instituto de Ecología, A.C. in Mexico. Collectively, they form the  Grafted Roots Interaction Networks project. 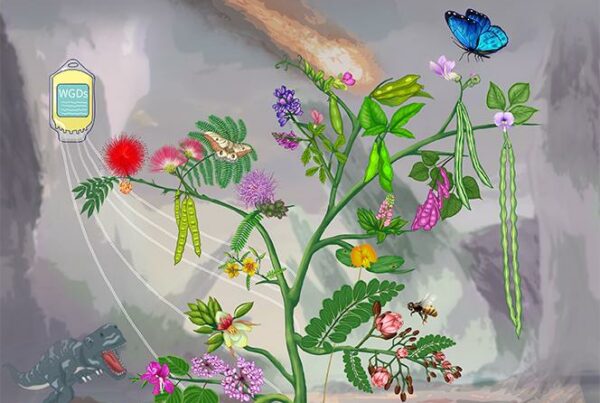 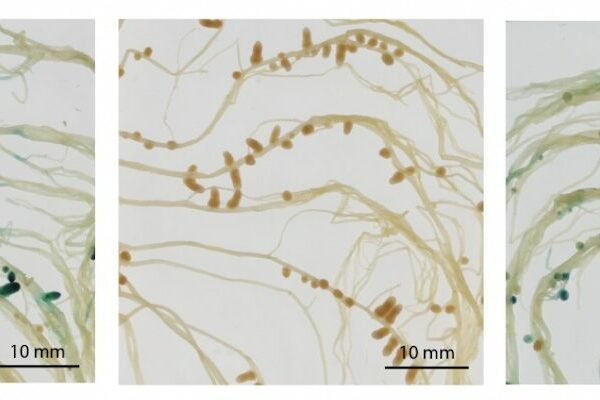