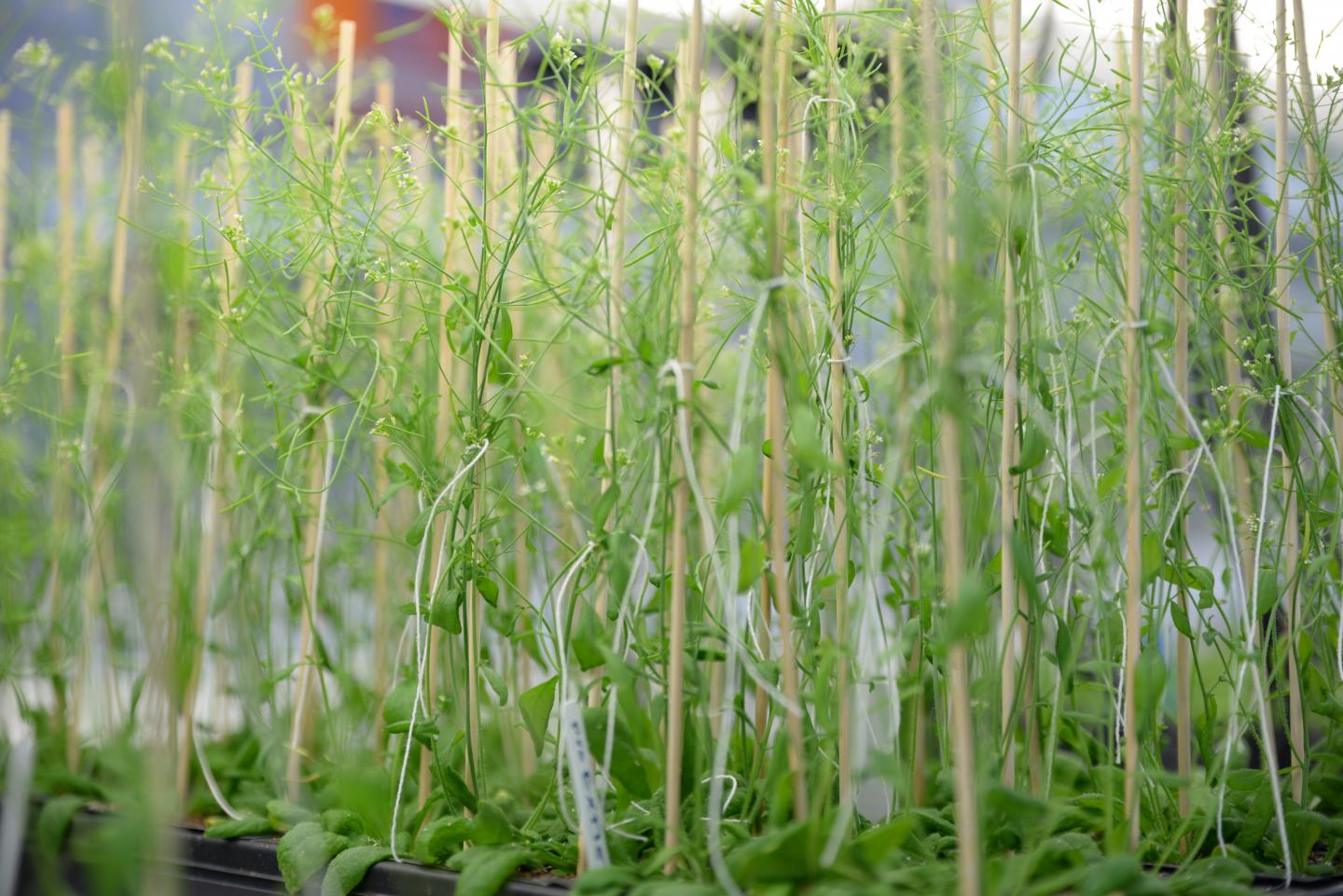 In flowering plants, the embryo is surrounded by the endosperm. Endosperm tissue mediates nutrient transferbetween the growing embryo and the mother. The endosperm is distinct from the rest of the plant because it has onlyonecopy of the father’s genome and two copies of the mother’s. The ratio of maternal to paternal genomes is remarkable because of its importance to seed viability and development. Seeds with extra genomes that alter this critical ratio undergo a process known as interploidy seed abortion due to defective endosperm development. RNA Pol IV isan enzyme specific to plant genomes thatgeneratessmall RNA molecules thatsilence gene expression from transposons and repetitive DNA, playing a major role in defending the genome against viruses and transposable elements. The new work shows that RNA Pol IVplays akeyrole ininterploidy seed abortion.

This research, coauthored by P.R.V. Satyaki and Mary Gehring of the Whitehead Institute for Biomedical Research, focused on the following questions: How does the lack of RNA Pol IV prevent interploidy seed abortion? Where does RNA Pol IV act,in the endosperm or in the father,to influence gene expression in the endosperm? In what genetic pathway does RNA Pol IV function to cause seed abortion?Arabidopsis plants going to seed.

In this article, Satyaki and Gehring demonstratethat RNA Pol IV targetsgenes in the fatherviathe “canonical” RNA-directed DNA methylation pathway, a major gene-silencing pathway in Arabidopsis plants, resulting in interploidy seed abortion. The researchers compared gene transcription in the endosperm of aborted interploidy seeds with that of seedsthat were viable due tothe loss of paternal RNA Pol IV. The researchers found that transposons and thousands of genes, even imprinted ones, were misregulated in both living and dying seeds. Theresearchers learned that misregulation of a relatively small number of genes setsliving seeds apart from aborting ones.

First author P.R.V. Satyaki said: “The next steps are to unravel the mechanism underlying the transcriptional buffering system and to identify the genes responsible for interploidy seed abortion using the shortlist of candidate genes generated from our transcriptional studies.”