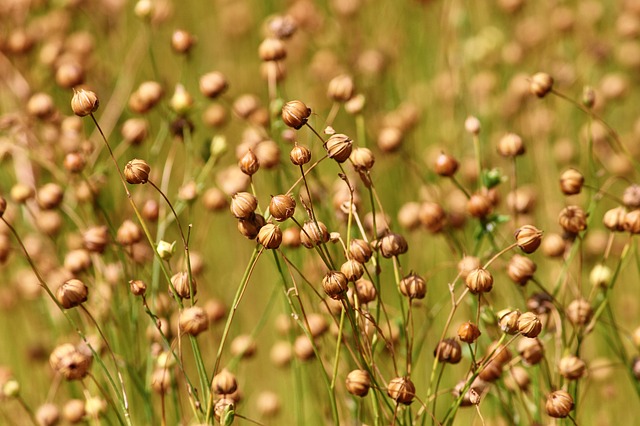 Nanyang Technological University, Singapore (NTU Singapore) scientists have developed a sustainable way to demonstrate a new genetic modification that can increase the yield of natural oil in seeds by up to 15 per cent in laboratory conditions.

The new method can be applied to crops such as canola, soybean and sunflower, which are in a multi-billion dollar industry that continues to see increasing global demand.

The research team led by Assistant Professor Wei Ma from NTU’s School of Biological Sciences genetically modified a key protein in plants which regulates the amount of oil they produce. This results in larger oil reserves in the seed that primarily serves as an energy source for germination.

The team’s patent-pending method involves modifying the key protein known as “Wrinkled1” or “WRI1”, which regulates plants’ oil production. After modification, the seeds have a wrinkled appearance, which is the basis for its scientific codename.

In the lab, these modified seeds have successfully displayed seed oil increase that is able to produce up to 15 per cent more natural oils. The research findings were published in the scientific journal Plant Signaling & Behavior.

“Plant seed oil is an essential component in our daily diet and the agricultural industry is seeking ways to maximise plants’ yield while reducing environmental effects of crop cultivation, especially land use. Our research helps to increase the production of seed oil in a sustainable and cost-effective way, and it also opens up new doors in agriculture research,” said Asst Prof Ma.

The ability to increase oil yield in a sustainable manner is expected to result in higher economic gain. Past research has shown that a small 1.5 per cent increase in oil yield (by dry weight) in soybean seeds equates to a jump of US$ 1.26 billion in the United States market.

Discovery a boost for biofuel production

The increased yield in seed oil would also benefit the production of biofuel, which is a form of clean fuel produced from organic sources, such as vegetable oils.

Biofuel is being used in various applications, including powering machines in protected forests to reduce fossil fuel contamination and fuelling long-distant transportation by automobiles, ships, and airplanes.

“Global demand for vegetable oil is increasing very rapidly, and it is estimated to double by 2030. In addition, research is also ramping up in the use of biofuels in various applications, which can provide a cleaner and more sustainable source of fuel than petroleum. Increasing oil production of key crops such as soybean, sunflower, and canola is thus essential for a more sustainable and greener future,” said Asst Prof Ma.

He is currently exploring industrial collaboration to commercialise and further develop the technology.

The NTU team is also studying other ways to maximise plants’ oil reserves, for example, using other plant parts such as stems, for oil production.

Previous research efforts to improve seed oil yield involved increasing the number of the WRI1 protein – known as overexpression – but this did not succeed in increasing the oil yield stably and consistently.

Asst Prof Ma used the Arabidopsis plant – a small flowering plant related to cabbage and mustard. It contains all the characteristics of crops such as sunflower, canola and soybean, which serves as an ideal model plant for research.

He and the NTU research team developed a patent-pending method that stabilises the key WRI1 protein which also improves its ability to interact with other proteins. This enhances its effectiveness in producing natural oils and the method can be easily done on other crops. This also encourages a more sustainable way for industries to produce natural oils instead of simply increasing the amount of land used for agriculture.

Dr. Bo Shen, a Senior Manager at DuPont Pioneer, a US-based international producer of hybrid seeds for agriculture who is not involved in the NTU team’s research said, “Vegetable oil is an important renewable resource for biodiesel production and for dietary consumption by humans and livestock. The total production of vegetable oil worldwide reached about 185 million tons in 2017. Wrinkled1 (WRI1) is a ubiquitous regulator controlling oil biosynthesis in maize, soybean, canola, and palm. With increasing demand for vegetable oil, Asst Prof Wei Ma’s research on WRI1 can have global importance. A better understanding of how WRI1 regulates oil biosynthesis could inform how we breed plants that produce more oil.”

Providing another independent view, Dr. Eric Moellering, a Senior Scientist from Synthetic Genomics, a California company focusing on synthetic biology, said, “Asst Prof Ma’s research on the plant transcriptional factor WRI1 has greatly advanced our understanding of how seed oil biosynthesis is regulated. While the WRI1 gene has been known for some time, Asst Prof Ma’s research has revealed key insight into the structural features of the WRI1 protein that are critical for its function, WRI1 interactions with other regulatory proteins, and the role of WRI1 in processes outside of seed oil regulation.

“These discoveries will undoubtedly contribute to the optimisation of seed oil yield in a variety of crops. As such, Asst Prof Ma’s research is helping to address some of the major 21st century challenges we face in feeding a growing global population and developing renewable transport energy.”