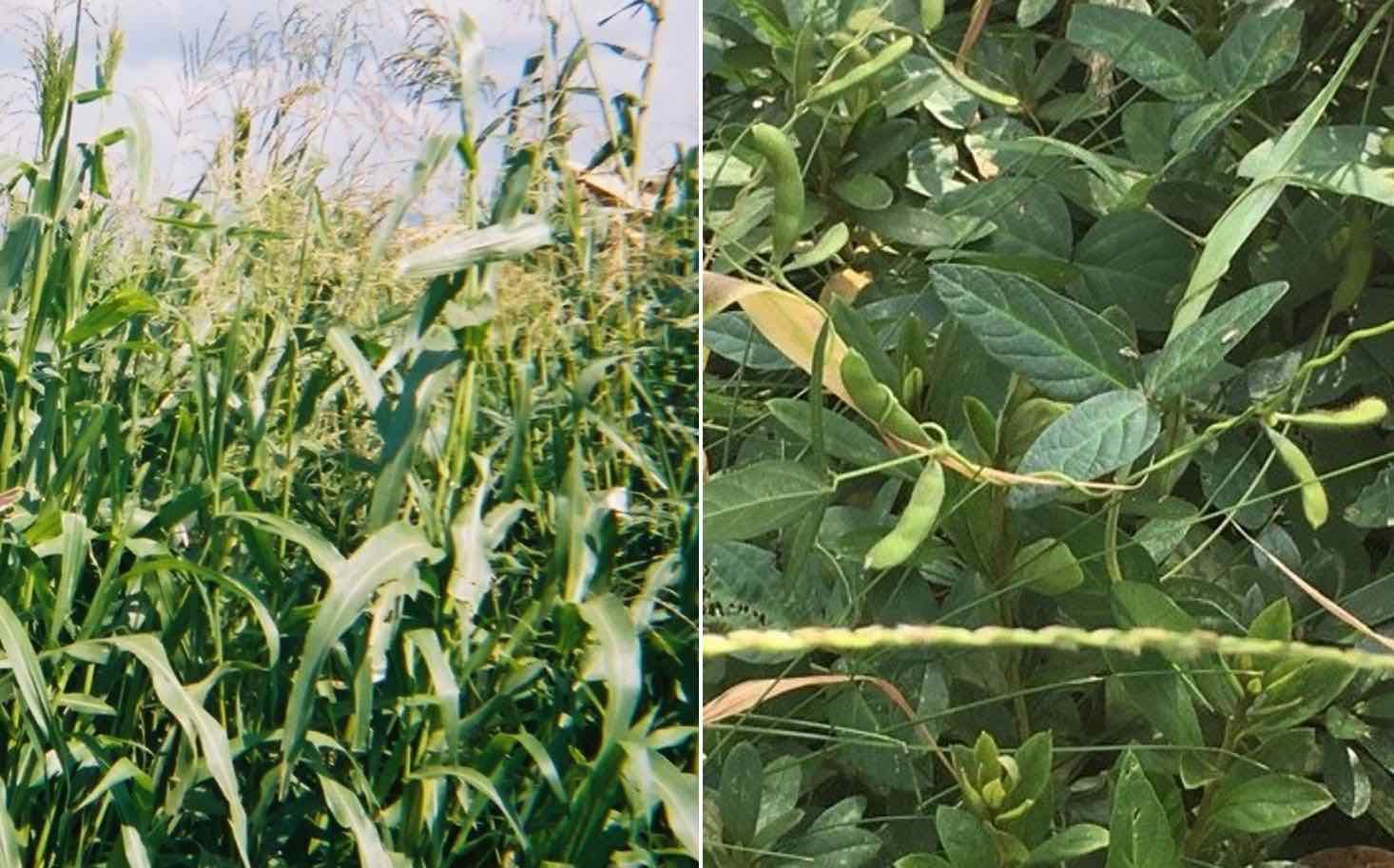 New research published identifies the genomic features that might have made domestication possible for corn and soybeans, two of the world’s most critical crop species.

The research, published in the peer-reviewed academic journal Genome Biology, has implications for how scientists understand domestication, or the process by which humans have been able to breed plants for desirable traits through centuries of cultivation. The researchers drew on vast amounts of data on the genomes of corn and soybeans and compared particular sections of the genomes of wild species and domestic varieties, noting where the genomes diverged most markedly.

“We sliced the genomes into specific sections and compared them,” said Jianming Yu, professor of agronomy and Pioneer Distinguished Chair in Maize Breeding. “It’s a fresh angle not many have looked at concerning genome evolution and domestication. We searched for ‘macro-changes,’ or major genome-wide patterns – and we found them.”

Human cultivation created a bottleneck in the genetic material associated with corn and soybeans, Yu said. As humans selected for particular traits they found desirable in their crops, they limited the genetic variation available in the plant’s genome. However, the researchers found several areas in the genomes of the species involved in the study where genome divergence seemed to concentrate.

“These patterns in genome-wide base changes offer insight into how domestication affects the genetics of species,” said Jinyu Wang, the first author of the paper and a graduate student in agronomy.

Variation in nucleotide bases between wild and domesticated species appeared more pronounced in non-genic portions of the genomes, or the parts of the genomes that do not code for proteins. The study also found greater variation in pericentromeric regions, or in areas near the centromere of chromosomes, and in areas of high methylation, or areas in which methyl groups are added to a DNA molecule. Methylation can change the activity of a DNA segment without changing its sequence.

The study looked at the occurrence of mutations in the genomes of the domesticated crops and their progenitor species.

“We now think it’s likely that good candidates for domestication, such as corn and soybeans, occupy a middle ground in their willingness to mutate,” said Xianran Li, adjunct associate professor of agronomy and a co-corresponding author of the study.

“If there’s no mutation, then everything stays the same and we don’t have evolution,” Yu said. “But too many mutations can wipe out a species.”

The study’s findings pointed to important links between UV radiation from the sun and genome evolution. UV radiation is a natural mutagen, and it leaves a special footprint when it occurs, Yu said. The study’s authors found many more of these footprints in modern corn and soybeans than their wild relatives.