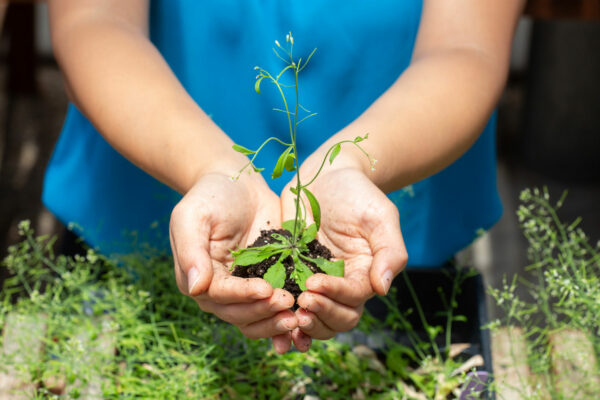 Plants rely on the classy gene family to diversify their epigenomes

What determines how a cell’s genome is regulated to ensure proper growth and development? Turns out, the parts of the genome that are turned on or off in each cell-type or tissue play a major role in this process. Now, a team at Salk has shown that the CLASSY gene family regulates which parts of the genome are turned off in a tissue-specific manner. The CLASSYs essentially control where the genome is marked by DNA methylation—the addition of methyl chemical groups to the DNA that act like tags saying, “turn off.” Because DNA methylation exists across diverse organisms, including plants and animals, this research has broad implications for both agriculture and medicine. The work, published in Nature Communications, identifies the CLSY genes as major factors underlying epigenetic diversity in plant tissues.

“There have been many observations that one cell or tissue type has a different DNA methylation pattern than another, but how the methylation pathways are modulated to end up with different outcomes in different tissues has remained poorly understood,” says senior author Julie Law, associate professor in Salk’s Plant Molecular and Cellular Biology Laboratory. “We found that which CLSYs are expressed in a given tissue is the mechanism controlling how the core DNA methylation machinery is directed to different genomic locations in different tissues.”

The study of DNA methylation falls under the field of epigenetics—molecular modifications that change how the DNA functions without changing the DNA sequence itself. It’s both a necessary process and a dangerous one. For instance, it helps establish cell identity in a developing embryo but can cause cancer later in life. In plants, defects in DNA methylation can cause developmental defects and negatively impact crop yields.

DNA methylation is regulated by many factors, including certain types of small RNAs. Working with the model plant Arabidopsis thaliana, the Salk team discovered that the CLASSY gene family (CLSY 1–4) acts at different locations depending on the tissue, revealing how diverse patterns of methylation are generated during plant development.

The current work expands on a previous study by Law and her team in which they found that in Arabidopsis, the CLSY genes determine which sites in the genome are methylated, via small RNAs. The current study addresses the larger question of whether this process can result in different methylation patterns in different Arabidopsis tissues: leaf, flower bud, ovule and rosette.

“For a long time, scientists have wanted to know how different DNA methylation patterns are generated during plant development,” says first author Ming Zhou, assistant professor at Zhejiang University in China and former postdoctoral fellow in the Law lab. “We found different combinations of CLSY proteins are present in different tissues, which provides the opportunity to address this question.”

The researchers then compared plants with mutant CLSY genes against wild-type plants. They found that depending on the tissue, different combinations of CLSY family members, or even individual CLSY proteins, controlled small RNA and DNA methylation patterns at thousands of sites throughout the genome. These findings demonstrate the CLSY genes’ role in shaping the tissues’ epigenetic landscape.

The team’s findings may open the door to advances in many areas, from boosting crop yields in plants to informing precision medicine in humans. “Before knowing how a diversity of DNA methylation patterns was generated during development, we didn’t have the ability to manipulate that system. Finding that the CLSYs control methylation in a tissue-specific manner represents a major advance as it provides scientists a way to alter DNA methylation patterns with much higher precision,” says Law.

This work was supported by the NIH, the Hearst Foundation, the Hundred-Talent Program of Zhejiang University, the Paul F. Glenn Center for Biology of Aging Research at the Salk Institute, the Chapman Foundation, and the Helmsley Charitable Trust.